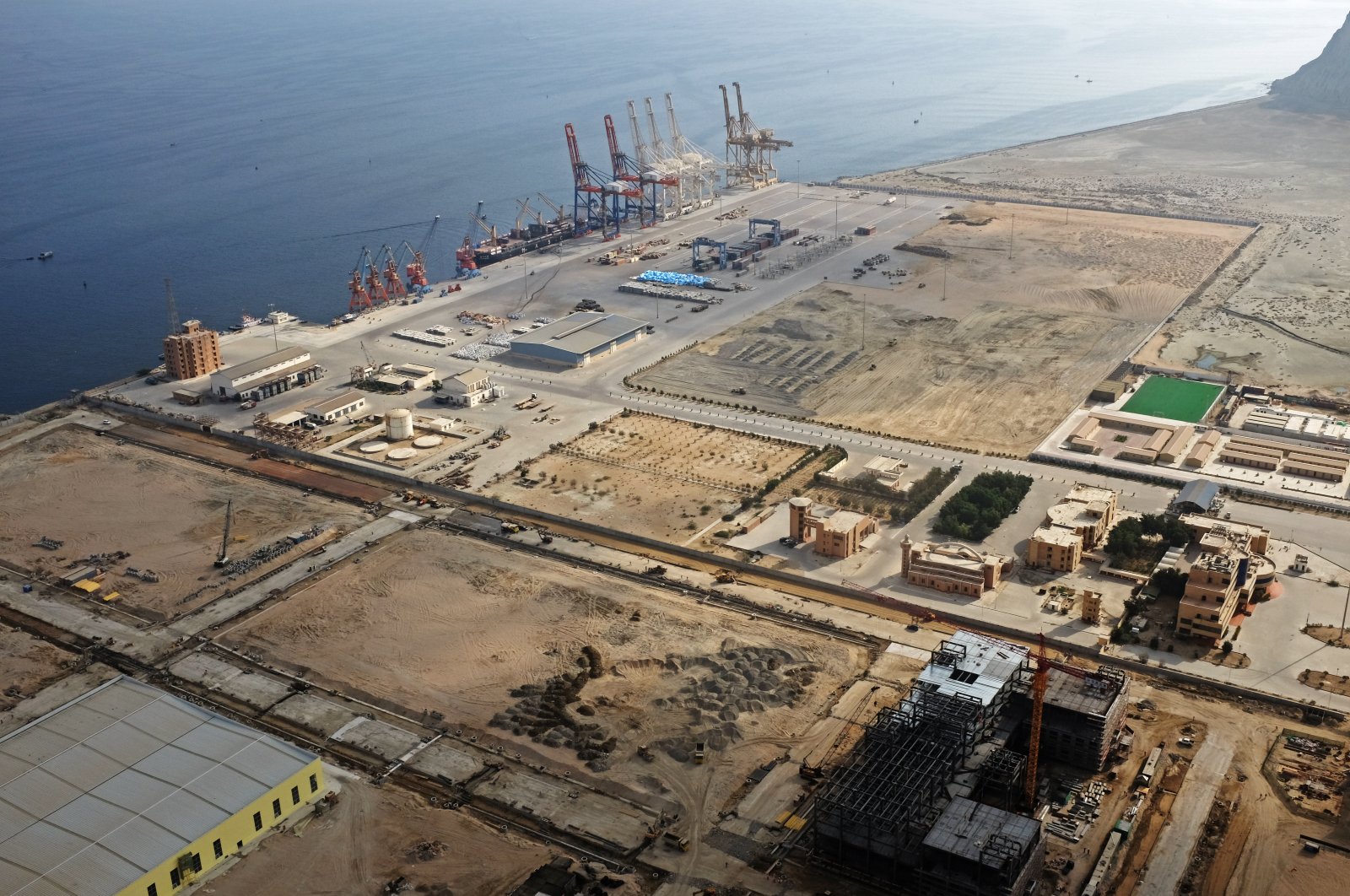 Recent keel-laying and steel-cutting ceremonies for two Pakistan Navy corvettes which are being produced by Turkey as part of the country’s National Ship (MILGEM) project have gained a place in the news coverage lately. With naval platforms containing not only maritime defense elements but also a more complex platform that includes sea, shore and air defense, the South Asian country is going to add muscle to its navy in ensuring coastal security, along with securing sea-lanes that provide a critical avenue of income for the country’s economy.

The sale of four Ada-class corvettes, modeled after the Turkish navy’s corvettes, to Pakistan marked an achievement for Turkey in recent years in regard to the export of its defense industry products.

These vessels will significantly strengthen Pakistan’s hand in its cooperation in the international arena. The country, with its sea-lanes to offshore trade opportunities, will benefit from replacing its old navy vessels with state-of-art corvettes while green-lighting more strategic partnerships.

In a recent interview with Daily Sabah, retired Capt. Alp Kırıkkanat, a maritime defense and security consultant, said the opportunities that those corvettes will provide to the Pakistan Navy can be diversified in several ways, especially considering its strategically and commercially important ports, namely the developing Gwadar and Karachi, which bear an important share of the country’s gross domestic product (GDP), along with thwarting any possible threats from the water, ground and air.

Pakistan's priority in using those corvettes therefore will be the “safeguarding of port approaching routes as part of littoral operations,” since it is apparent that Pakistan has recently been involved in several international cooperation initiatives with regard to attributing more importance to its ports.

In December 2016, a special naval task force, Task Force-88 (TF-88), was even established by Pakistan and said to be financed by China for the security of the Gwadar Port from the sea along with providing for the safety of associated sea-lanes. The task force and the port it protects further pave the way for cooperation between the duo along with contributing to China’s ambitions and far-reaching goals. The Gwadar Port, has, in fact, several times come into the spotlight as Beijing’s next overseas naval base after Djibouti.

The state-run China Overseas Ports Holding Company based in Hong Kong gained operational rights to the port for the next 40 years. The port will be part of a $62 billion megaproject to establish the China-Pakistan Economic Corridor (CPEC) in multiple locations in South Asia. It is unclear which country would gain a greater advantage from the project.

The Gwadar Port, which holds a pivotal role in CPEC, is located at the crossroads of international maritime transport and oil trade as it connects Central and South Asia and the Middle East. The fact that it opens directly to the Indian Ocean and allows transportation adds to the port’s economic and strategic value. It is estimated that more than 100,000 ships pass through the expanses of the Indian Ocean annually, and two-thirds of the world's oil shipments are made through that sea.

“There are many marine elements in the Task Force-88,” Kırıkkanat said, explaining that the Ada class corvettes that are set to enter the Pakistani Navy’s inventory gradually until the end of 2025 could be included in such a task force.

Kırıkkanat said that besides the known features of the corvettes, the possibility of using short-, medium- and long-range air defense systems together with the vertical lancet will also allow the naval forces to perform air defense missions against possible air threats and to establish a recognized air picture.

The Ada class corvettes, which are being deployed with helicopters, have increased antisubmarine warfare opportunities and capabilities. The close-in weapon system (CIWS) and effective surface warfare capabilities are also provided through the integration of guns and guided missiles. The combat vessels can reach high speeds with their efficient and flexible power transmission system.

These vessels are 99 meters in length and 14 meters wide at the beam and have 2,400 tons of displacement.

As part of Turkey’s largest single defense export deal, two of the corvettes for Pakistan were built in the Istanbul Naval Shipyard Command and the other two will be built in Karachi, with a technology transfer included.

Though centered on the Turkish navy’s Ada-class corvettes, the Pakistan Navy’s orders of long-needed acquisitions can be diversified in line with additional needs of the country that may arise in its ambiguous surroundings. A representative picture circulated online following the steel-cutting ceremony of the second corvette shows a custom design with a 16-cell vertical launching system (VLS) on the bow. The VLS did not appear to be in any of Turkey’s Ada-class corvettes.

Kırıkkanat said that although it is too early to say anything about the weapon systems to be mounted on the ships, which can be changed in the shipbuilding process if those VLSs are planned for the Pakistan corvettes, “this means an additional fitting request by Pakistan on Ada-class corvettes" in regard to increasing air threats.

The global developments, Kırıkkanat noted, may have caused an additional demand for an air defense system with a VLS, “based on the possible needs Pakistan might think it could face in the ocean.”

The ATMACA surface-to-surface guided missile, the first maritime missile domestically developed in Turkey by leading defense company Roketsan, and Gökdeniz CIWS are already among those planned to be installed on the Turkish-built vessels, which will replace Pakistan’s more than 40-year-old Tariq-class ships that were acquired from the U.K. and have been expensive to maintain, according to open sources.

Whether there will be VLSs or an additional weapons system on the currently built corvettes remains unclear but, as Kırıkkanat also said, it is clear that these anti-submarine vessels will assist in Pakistani trade, 90% of which is seaborne, by enhancing the country's mobility at sea.

Pakistan's navy is currently achieving leaps and bounds in a transformation that Ankara has also experienced largely through domestic production and modernization of its naval vessels. With the total acquisition or locally contributed modernization of frigates, corvettes and submarines of the Pakistan Navy – assisted or supplied by China and Turkey, for example – Islamabad may have a new voice with its maritime culture and naval power.