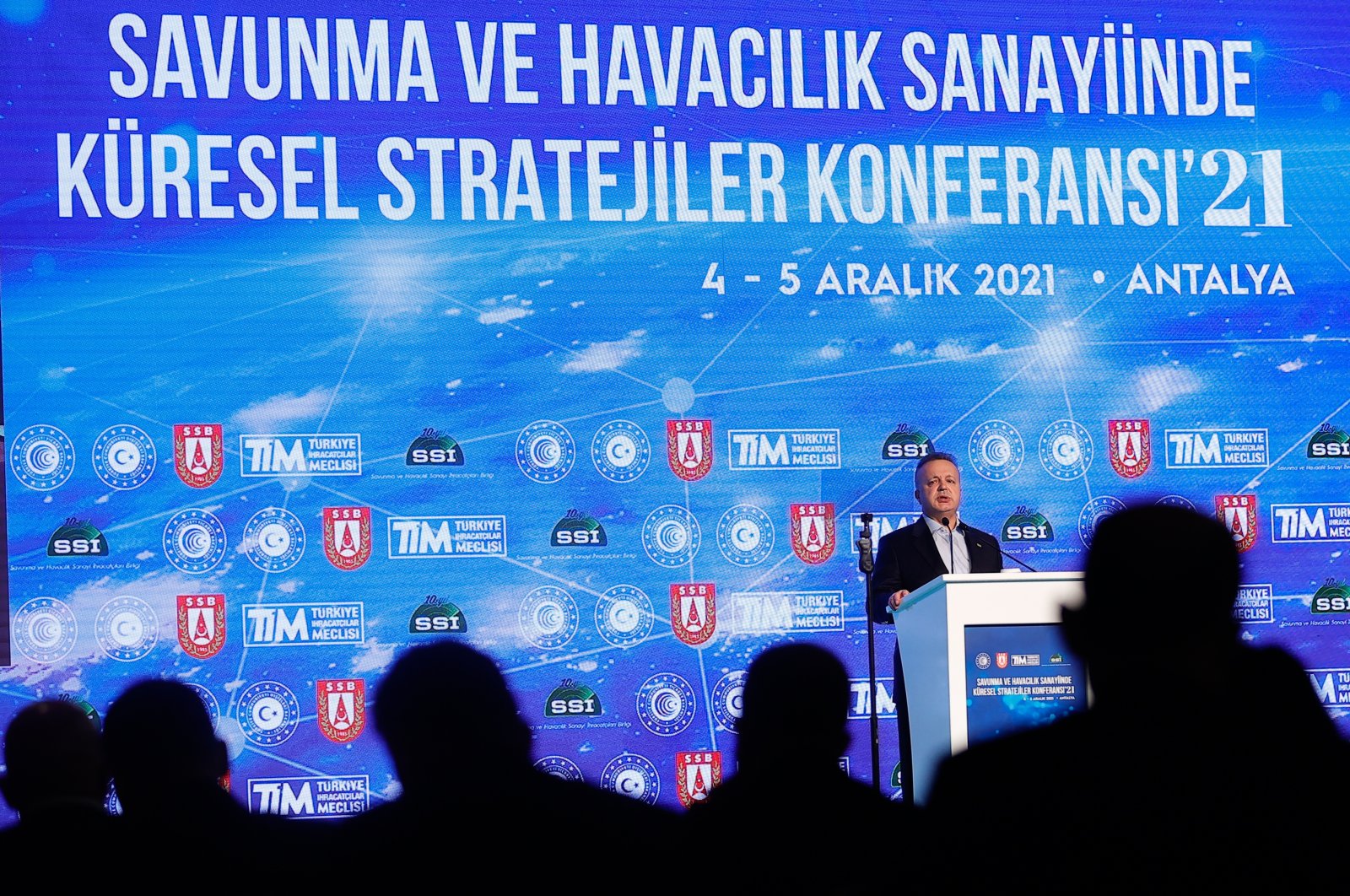 Turkish defense and aerospace industry exports have increased four times in the past ten years, Turkish Exporters Assembly (TIM) Chairperson Ismail Gülle said on Saturday, highlighting that these exports were made to 172 countries.

“Even though December figures have not been added yet, the defense and aerospace industry exports have already exceeded the year 2019, which was the year with the highest figures in exports,” Gülle said at the Global Strategies in Defense and Aerospace Industry Conference in Antalya province.

The defense and aerospace industry is one of the main sectors with the highest added value, he added.

“Turkey is the first country coming to mind when one speaks about unmanned aerial vehicles. Turkey has become a global brand in UAVs, UCAVs and other products in the defense and aerospace industry. Continuing megaprojects such as the National Combat Aircraft (MMU), Hürjet and helicopter engine, ensure us to look more secure toward the future,” Gülle said.

He added that Turkey eyes increasing its overall exports to $300 billion within the next five years. “The defense and aerospace industry is an example in this regard,” he said, indicating that in order to achieve this goal, the technological intensity of products has to be increased.