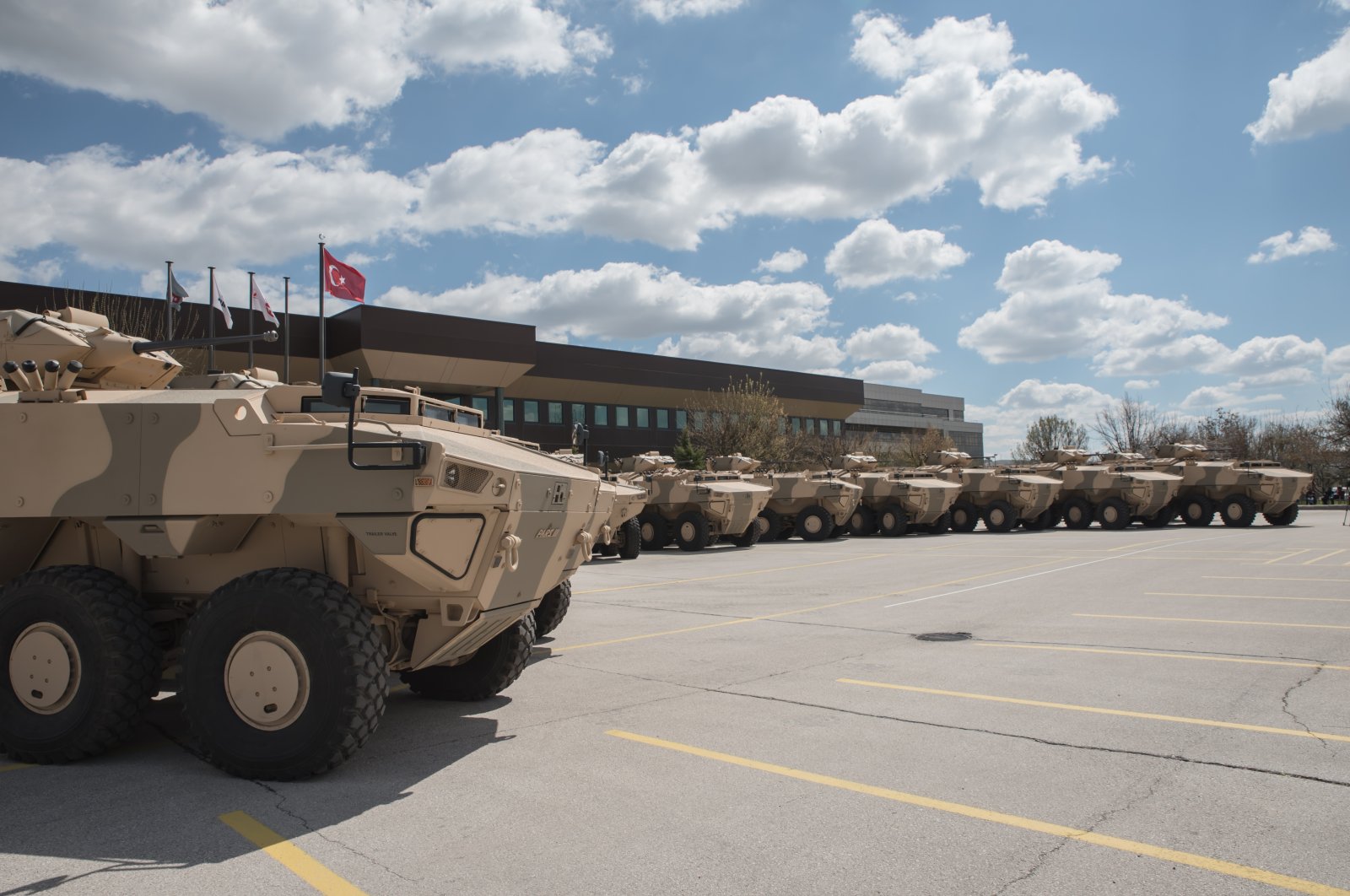 The FNSS has delivered total of 172 armored vehicles to Oman to date. (Photo by FNSS via AA)
by DAILY SABAH Aug 28, 2020 4:51 pm
Edited By Ayşe Betül Bal
RECOMMENDED

Turkish firm FNSS Defense Systems has completed its deliveries of the Pars III 8x8 and the Pars III 6x6 armored vehicles to the Omani Land Forces as part of a tender it won back in 2015.

FNSS, a significant defense industry exporter, has delivered a total of 172 armored vehicles in 13 different configurations to the Middle Eastern country.

The Turkish firm signed the agreement with the Omani military on Sept. 20, 2015, and the first batch of deliveries was shipped in July 2017.

The local defense company will also continue to support the vehicles' needs.

The Pars vehicles, including a 6x6 mine-protected model, will also join the Turkish Armed Forces (TSK) inventory soon. As part of the project, the first batch of 12 vehicles will be delivered in 2021.

The defense company has carried out various successful export-oriented projects, reaching $374 million in turnover for 2019, mainly obtained from foreign sales.

To date, FNSS has delivered over 4,000 armored combat vehicles to its customers.