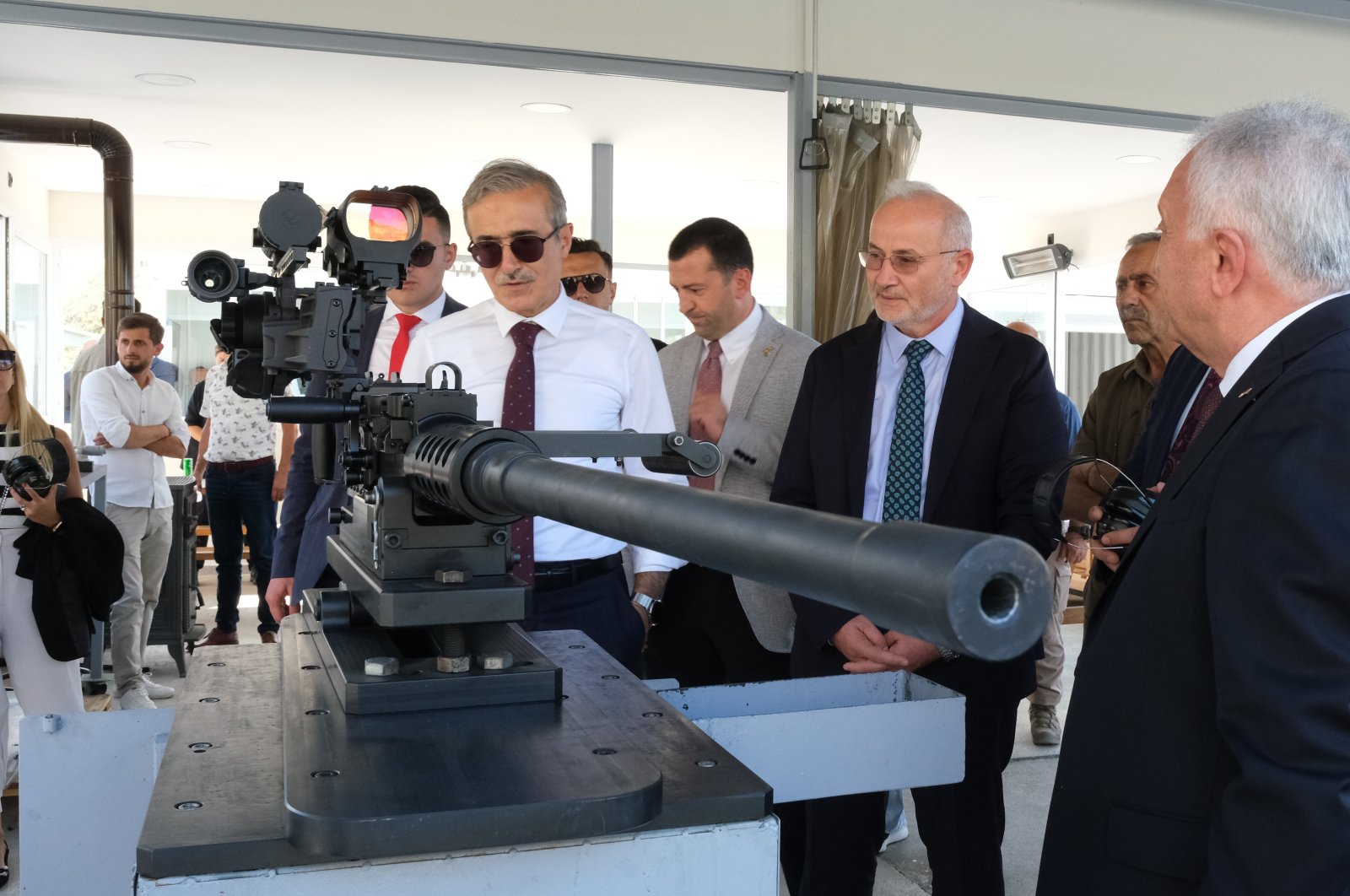 Turkey's CANiK, one of the world's leading weapons manufacturers operating under Samsun Yurt Savunma (SYS), has started the mass production of the PMT (platform machine gun) 12.7 mm machine gun, which was produced domestically for the first time.

Ismail Demir, head of the Presidency of Defense Industries (SSB) announced the related news via his Twitter account.

"The PMT 12.7-millimeter machine gun, which was produced locally for the first time, went into mass production,” he wrote.

Demir said that Turkey did not even have a domestic rifle till six-seven years ago, "but today we are at a level to produce high-caliber weapons ourselves."

In his post, Demir also included the video of him making a test shot with the domestically produced machine gun, the CANiK M2 QCB.

Demir, who visited the facilities of Samsun Yurt Savunma, the contractor company of the project, and examined the progress of the project on-site, stated that the 12.7 mm machine gun was designed to shoot very fast on various platforms, and after the qualification processes were successfully completed, the mass production phase was started.

Emphasizing that deliveries to the security forces will continue with mass production, Demir said, "This means that our security forces are equipped with weapons far superior to their foreign counterparts. We have paved the way for a new success chain in this regard.”

According to a statement by the SSB, the qualification tests for the rifle were completed after more than a month of hard work. CANiK M2 QCB rifle successfully passed many tests such as high pressure, accelerated rain, salt mist, low and high temperature, icing and chemical interaction during the qualification process of approximately 1 million shots.

As a result of the shooting and qualification tests carried out, the barrel was produced with materials and production methods that have not been used before in Turkey. It was determined that the produced barrel had a higher lifetime than its foreign counterparts, and the strength shots confirmed that it was more durable.

The 12.7x99 millimeter machine gun, which is used on land, air and naval platforms and supplied was previously supplied from abroad.