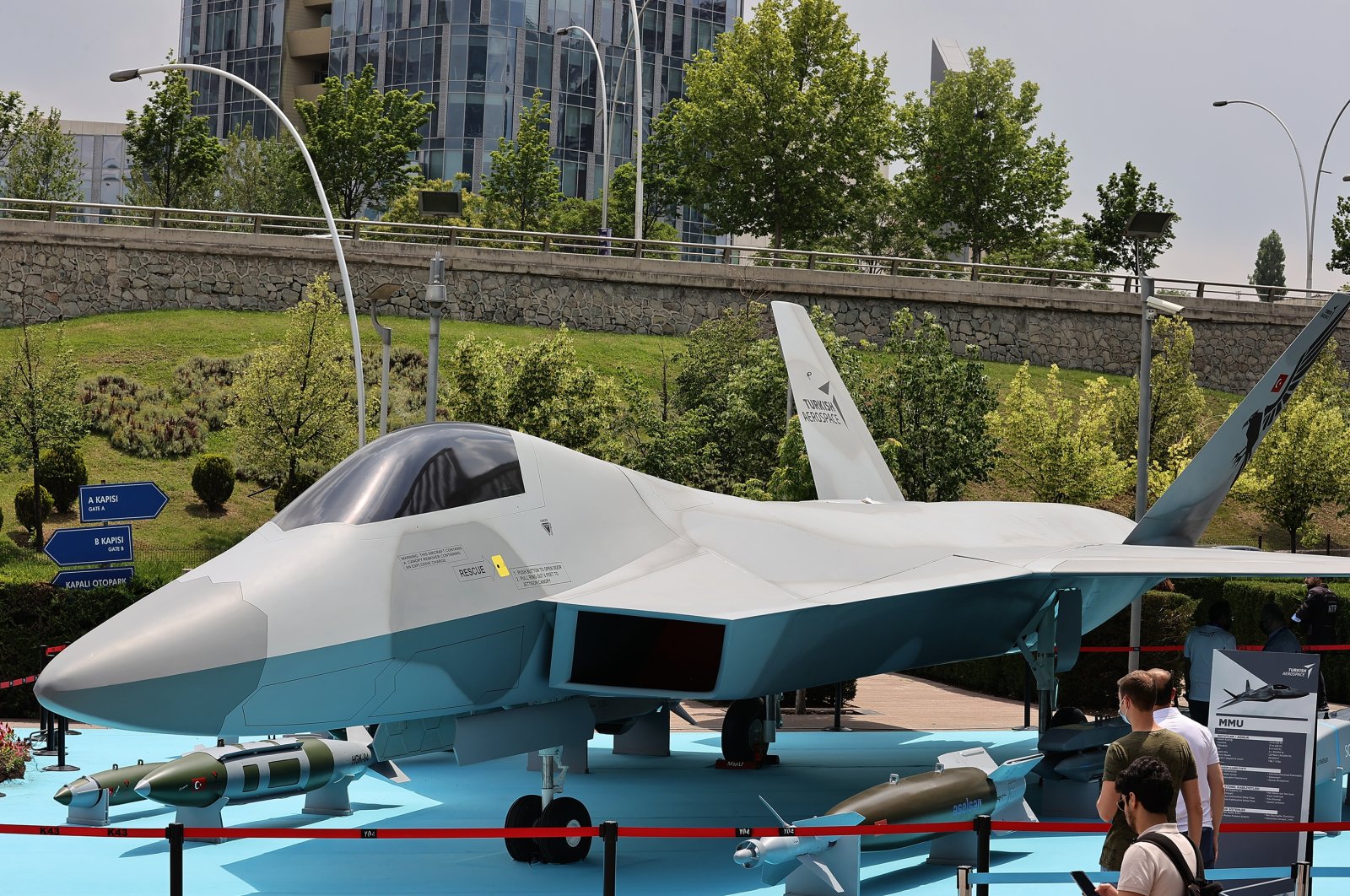 Turkish defense industry companies have combined their capabilities for the National Combat Aircraft (MMU), a fifth-generation indigenous stealth fighter jet and one of the country's long-awaited technology projects.

Temel Kotil, general manager of Turkish Aerospace Industries (TAI), which is the main contractor of the project, told Anadolu Agency (AA) that the production process is progressing well and that the prototype, which includes avionics, control and hydraulic systems, will be unveiled for the first time on March 18, 2023.

He said that after the firing of the engine, ground tests will commence.

Stating that they have a "very strict" schedule to follow, Kotil said this is a project that both provides knowledge and receives contributions from others.

For example, a joint company was established with Turkish companies for the air conditioning system and that this need will be met with domestic resources.

"We have Aselsan for avionics and computer hardware, we have Havelsan for software, TAI also has its software team,” he said.

The actuators, which provide movement of the wings and control surfaces in warplanes, are the result of a partnership established by TAI, Altınay and a Ukrainian company.

TAI is working to produce the transparent canopy surrounding the cockpit locally, Kotil continued and said: “There is a very effective radar in the nose of the plane. We gave this task to Aselsan, they are working on it. There are sensors on the plane, produced by both Aselsan and Havelsan."

Pavotek, another Turkish company, is developing the power distribution system.

Kotil said they are utilizing all the capabilities available in Turkey for this aircraft.

“Building a fighter aircraft means putting all the contributing elements into the action,” he said, as TAI's main role is to design and complete the geometry.

Manufacturing combat aircraft also means domestic production, “For this reason, we are including Turkish companies in the project as much as possible and entering into contracts with them,” he said.

The hangar prepared for the combat aircraft is set to be completed this year, Kotil also shared.

Due to the high confidentiality level of the MMU project, the hangar specifically tailored for the aircraft will be an isolated structure, he said and will have its own communication infrastructure and high-calculation computers.

Kotil said that this fifth-generation fighter jet project is crucial for the company and the country.

“That is why we are working meticulously. Our workload 'kills' us, but the synergy we produce due to the workload relieves all other problems,” he said.

Pointing out that Hürjet, the advanced jet trainer and light attack aircraft also developed by TAI, will also fly by the end of 2022, Kotil stated that the system where the ground tests of this aircraft will be carried out will facilitate MMU tests.

The test infrastructure of the Gökbey helicopter will be used first for the Hürjet and then for the MMU, he said, stressing that all of the company projects support each other.

The experience gained through the development of the flight control system of the state-of-the-art unmanned aerial vehicle (UAV) Aksungur and the experience gained from the upgrades of F-16 fighter jets will benefit the fifth-generation national combat aircraft as well, Kotil said.

Stating that the production of the MMU's parts will be completed by the end of 2022, Kotil said: “The most important part of the MMU is the titanium parts holding the engines. This is the most difficult part to manufacture.”

“However, the company has extensive experience and knowledge in such manufacturing," he said as they are making the midbody of the F-35s.

Kotil went on to say that the MMU consists of 20,000 parts and stated that a ready-made engine will be used at the beginning, and then the engine to be developed by TRMotor will be integrated into the aircraft.

The company has formed a partnership to develop and produce the landing gear that will carry a load of 60 tons, which is the force emerging during landings.

The TF-X MMU is a fifth-generation jet with similar features to Lockheed Martin's F-35 Lightning II. The domestically-built aircraft is being developed to replace the Turkish Air Forces Command's F-16 fighters, ahead of the gradual phasing out of the latter throughout the 2030s.