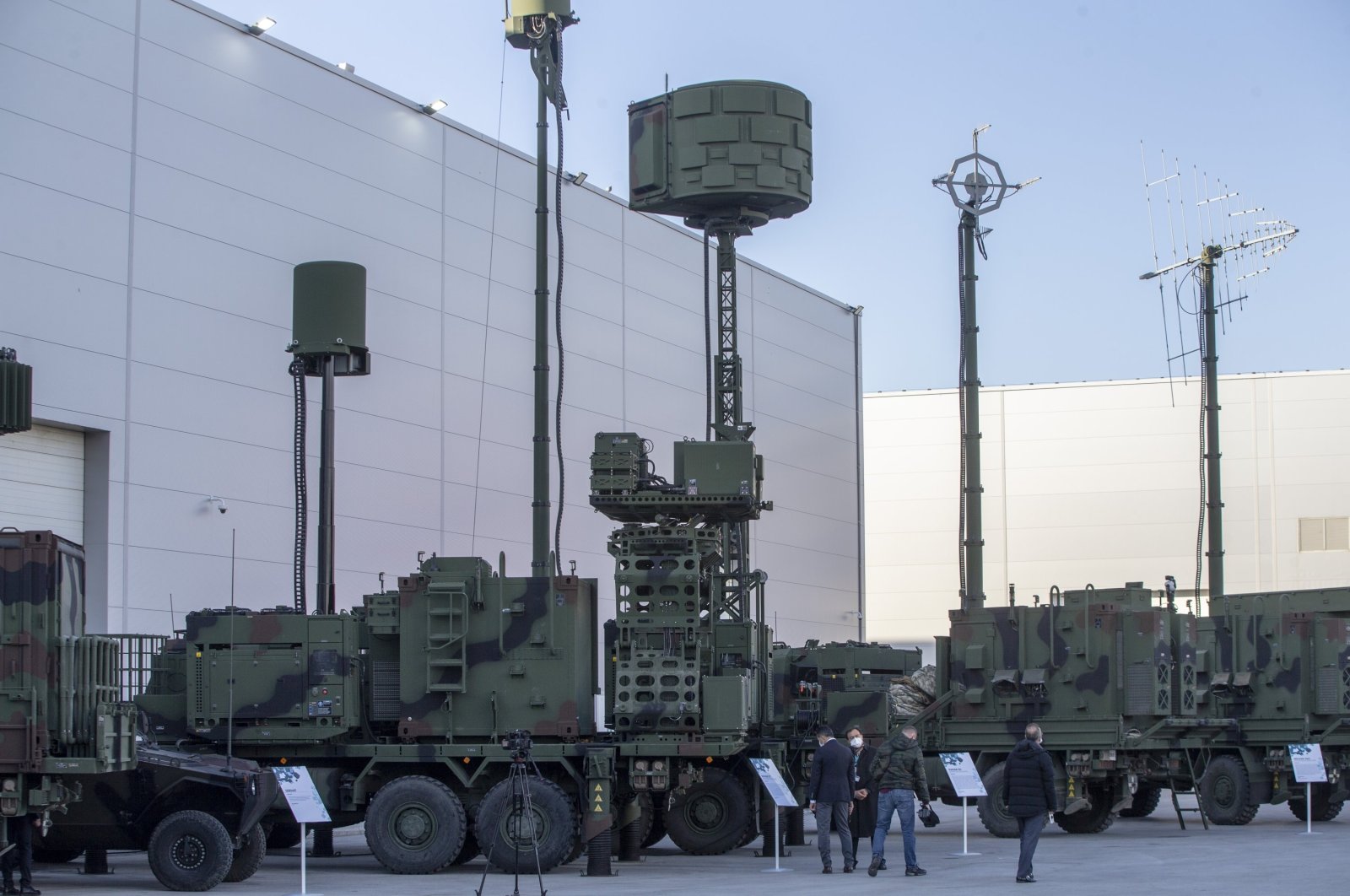 ASELSAN systems are displayed at the company's new facility during its inauguration in the Gölbaşı district of the capital Ankara, Turkey, Nov. 12, 2020. (AA Photo)
by DAILY SABAH WITH AA Jun 22, 2021 12:58 pm
RECOMMENDED

Turkish defense giant Aselsan inked an export agreement worth 42.59 million euros ($50.7 million) with an undisclosed customer, according to a company statement Tuesday.

The defense firm informed the country's Public Disclosure Platform (KAP) that the agreement was signed with an international client.

Aselsan, which increased its collections with export-based revenues, completed the pandemic year with a strong cash position.

The company's EBITDA (Earnings Before Interests, Taxes, Depreciation and Amortization) rose 38% to reach a record level of TL 4 billion. The EBITDA margin, meanwhile, exceeded expectations and reached the highest level in the company's history with 24.4%.

The defense giant also continued its export deals uninterruptedly in 2020, when international mobility was largely halted in COVID-19 pandemic restrictions. The company contributed to Turkey's export volume by signing contracts worth $446 million in total with six new countries in 2020. With the contribution of new orders from abroad, foreign balance orders exceeded the threshold of $1 billion and reached its historical peak. Total balance orders also amounted to $9.5 billion.