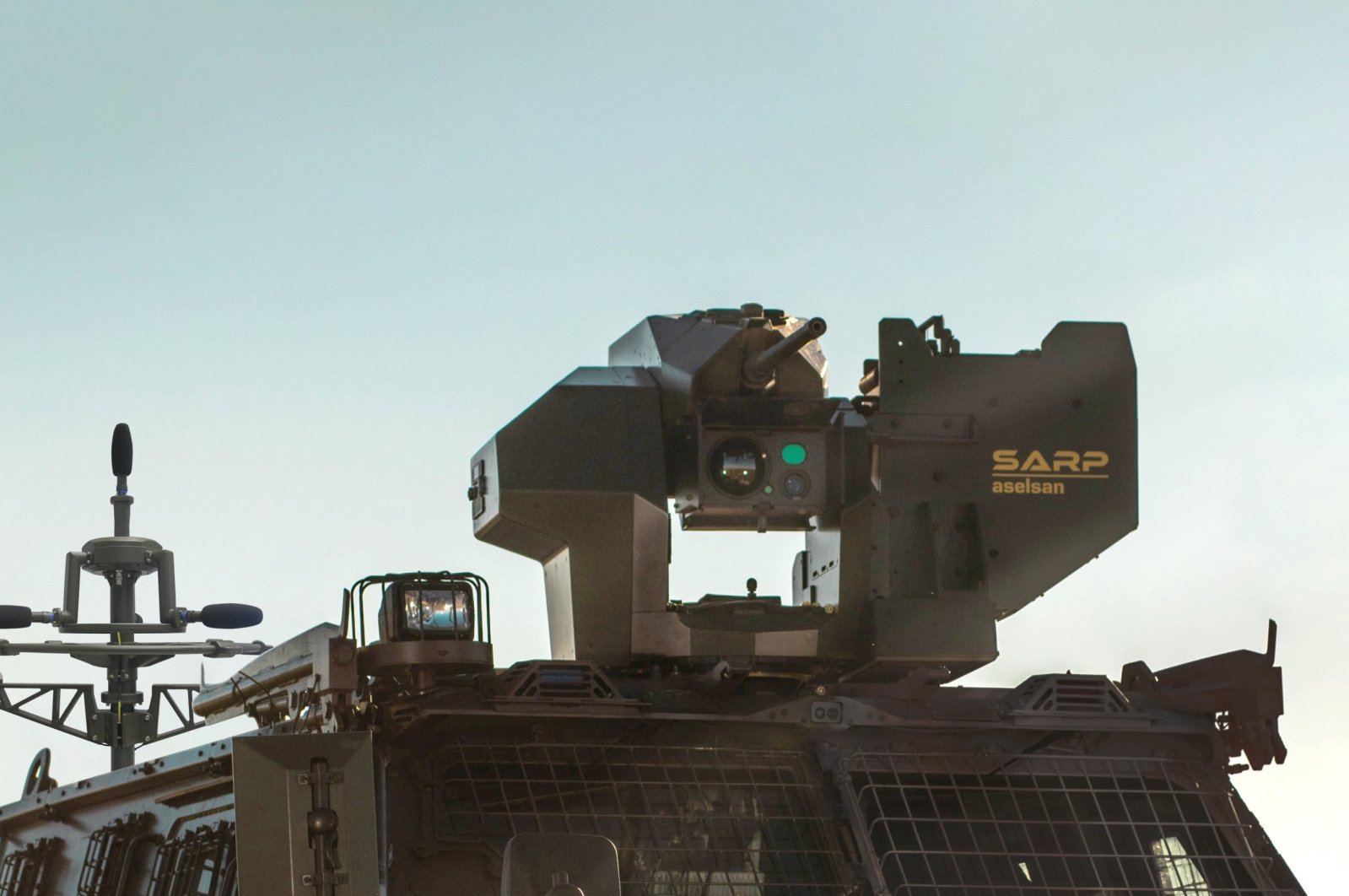 The company's revenues from January to June totaled TL 5.2 billion, growing by 13% compared with the same period last year, according to a statement the company sent to Public Disclosure Platform (KAP) Tuesday.

The gross profit of the company also surged 38% year-on-year in the first six months of this year, while earnings before interest, taxes, depreciation, and amortization (EBITDA) increased 35% to TL 1.3 billion.

The strong profitability of the defense giant continued to support its total equity growth, which surpassed TL 15 billion in the January-June period.

ASELSAN Chairman Haluk Görgün, whose views were included in the company statement, said that during the first half of 2020, a series of disruptions and contractions occurred in the production and sales volumes of companies, especially in the supply chains because of the pandemic.

On the other hand, Görgün said during the pandemic period, "companies were tested on how prepared they were for such a crisis. From the moment when the effects of the pandemic began to be seen, ASELSAN took effective steps toward the management of the process by making very fast decisions both within the company and for all external stakeholders and its suppliers.”

He underlined that during that period they aimed for uninterrupted continuity of business activities by considering the health of the employees as the main priority.

“We have ensured this business continuity by strictly fulfilling all the directives given by the Ministry of Health and all related organizations regarding the pandemic,” he added.

Görgün stressed that ASELSAN became the very first defense industry company that was qualified for COVID-19 Safe Production/Secure Services Certification by fulfilling all the standards set by the Turkish Standards Institute.

Reminding that Turkey is among the countries worldwide that show the best pandemic management, Görgün said in this process, ASELSAN also became one of the members of the consortium for national ventilator production initiated under the leadership of the Ministry of Industry and Technology.

“In the first stage, 5,000 devices were produced, and the needs of our country were met. The devices continue to be exported to various countries,” he noted.

Despite the pandemic, the company received $511 million worth of new orders in the first half of this year, the statement also said.

Görgün stated that the fact that 10% of the orders originated from foreign customers is important in terms of continuity of international marketing activities without interruption and showing the competitiveness of ASELSAN products.

Görgün underlined that ASELSAN will continue to increase its contributions to the Turkish defense industry and to transfer this experience to non-defense areas such as health, energy and finance in the upcoming period.

He emphasized that the sustainability of the defense industry ecosystem is one of the main priorities of ASELSAN.

The defense company continued to place new orders to its more than 5,000 suppliers during the pandemic period. Since the beginning of the year, more than TL 7 billion has been paid to supplier companies, ensuring the continuity of production.

ASELSAN this year ranked 48th on the "Defense News Top 100," list which is regarded as one of the most prestigious defense industry lists in the world.

Having boosted its performance with the projects it has undertaken both at home and abroad, ASELSAN continued to rise on the list by increasing its defense revenue to $2.1 billion last year from $1.7 billion in 2018 with a 21% increase. The company first joined the list in 2006.

Stating that they see this as a result of a growth strategy spread over the long term, Görgün said that he is pleased to see that “ASELSAN's strong balance sheet structure, profitability and turnover development reached a level that could compete with the world's major companies.”

ASELSAN continued to implement its employment plans in the first half of 2020 without compromise.

Some 732 people were employed in the first six months of 2020, and the total number of employees at the company reached 8,279 people, including new hires.

“We consider human capital as the most valuable asset of our company. There was no change in our employment policies in 2020, and we continued recruitment by acting within our targets,” Görgün said, noting that ASELSAN's first place, which has been maintained for six years, was once again registered within the Most Attractive Employers Survey, organized by Universum, in which 54,597 students from 55 universities participated.

“We are confident that ASELSAN will continue to be the leader in the sector and will continue to be one of the most preferred companies in the coming years, thanks to the investments we have made in the development of our human assets,” Görgün said.