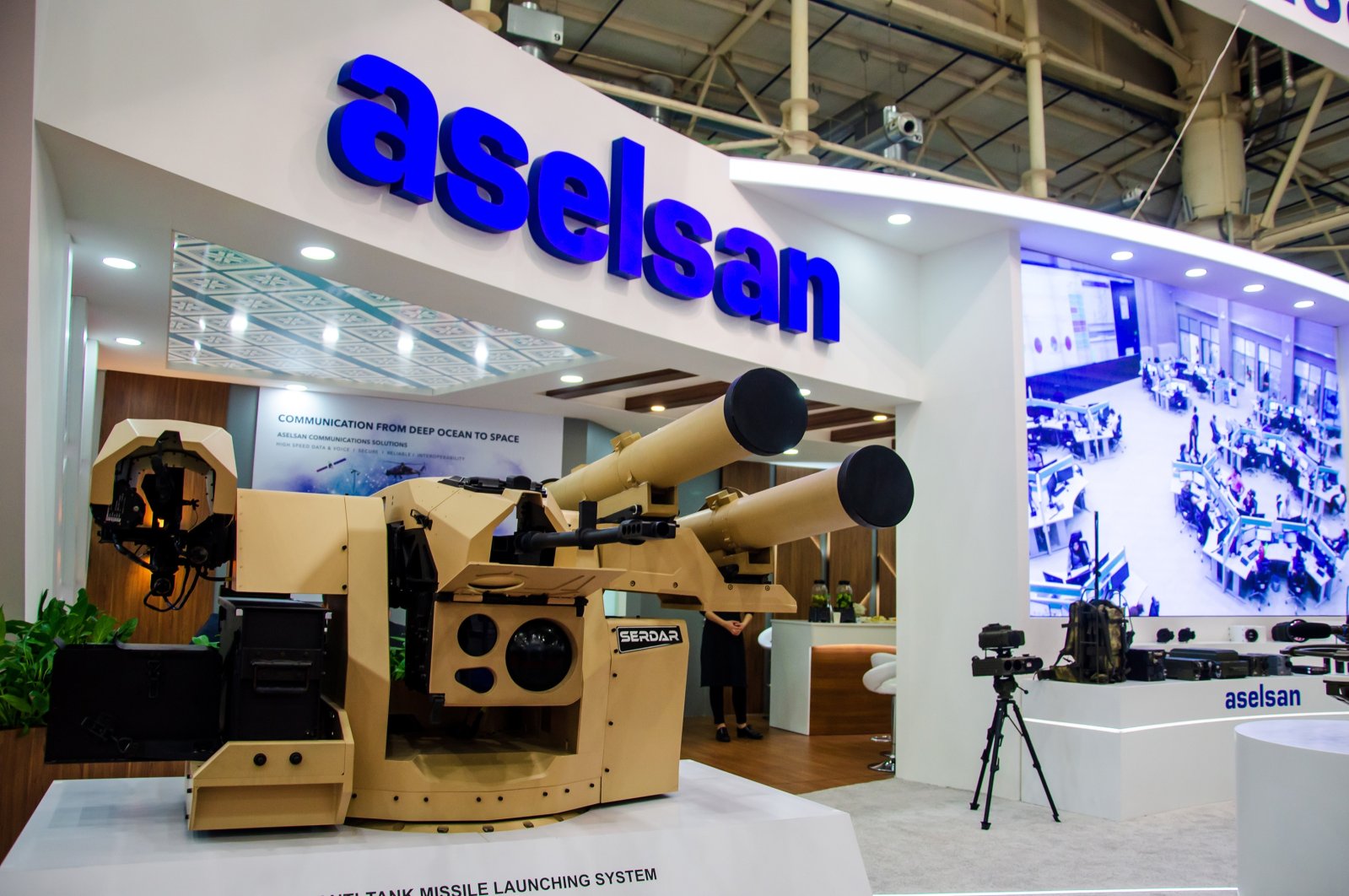 One of Turkey’s leading defense contractors, Aselsan has seen its profits increase by 34% year-on-year to TL 1.2 billion ($147 million) from January through March, the company said in a statement.

“We experienced a significant acceleration in our growth and profitability indicators in the first quarter of 2021,” Haluk Görgün, the CEO of Aselsan said.

The company enjoyed stable growth and high profitability in this period despite the global economic contraction during the coronavirus pandemic, said Görgün.

He underlined that attempted direct and indirect embargoes on Turkey have “once again revealed the importance of self-sufficiency in defense.”

Görgün added that the introduction of the Common Aperture Targeting System (CATS) developed and produced by the company was the most recent example of “the struggle for independence” in the defense industry “that we have been continuing for more than 45 years.”

Canada earlier this month scrapped export permits for drone technology, including the electro-optic camera, to Turkey after concluding that the country sold the equipment to the Azerbaijani military forces during fighting in the Armenian-occupied and internationally recognized Azerbaijani territory of Nagorno-Karabakh.

Aselsan is now developing the electro-optic camera for drones, including for famed Bayraktar TB2, developed by UAV magnate Baykar Makina.

Görgün also said Aselsan keeps track of developments in financial technologies and evaluates business development opportunities in this field, taking into account the rapid changes in the financial sector.

“With our strong financial structure and experience, we aim to be an important technology provider in the field of financial technologies.”

He also touched on the company’s efforts in the medical devices sector. “In the first quarter of 2021, Aselsan exported an Automatic External Defibrillator device, that performs critical intervention in sudden cardiac arrest, to France and Italy.”

The defense giant’s three-month turnover grew by 22% compared to the same period of the previous year and reached TL 3.2 billion, while the company’s gross profit increased by 24% compared to the first quarter of last year.