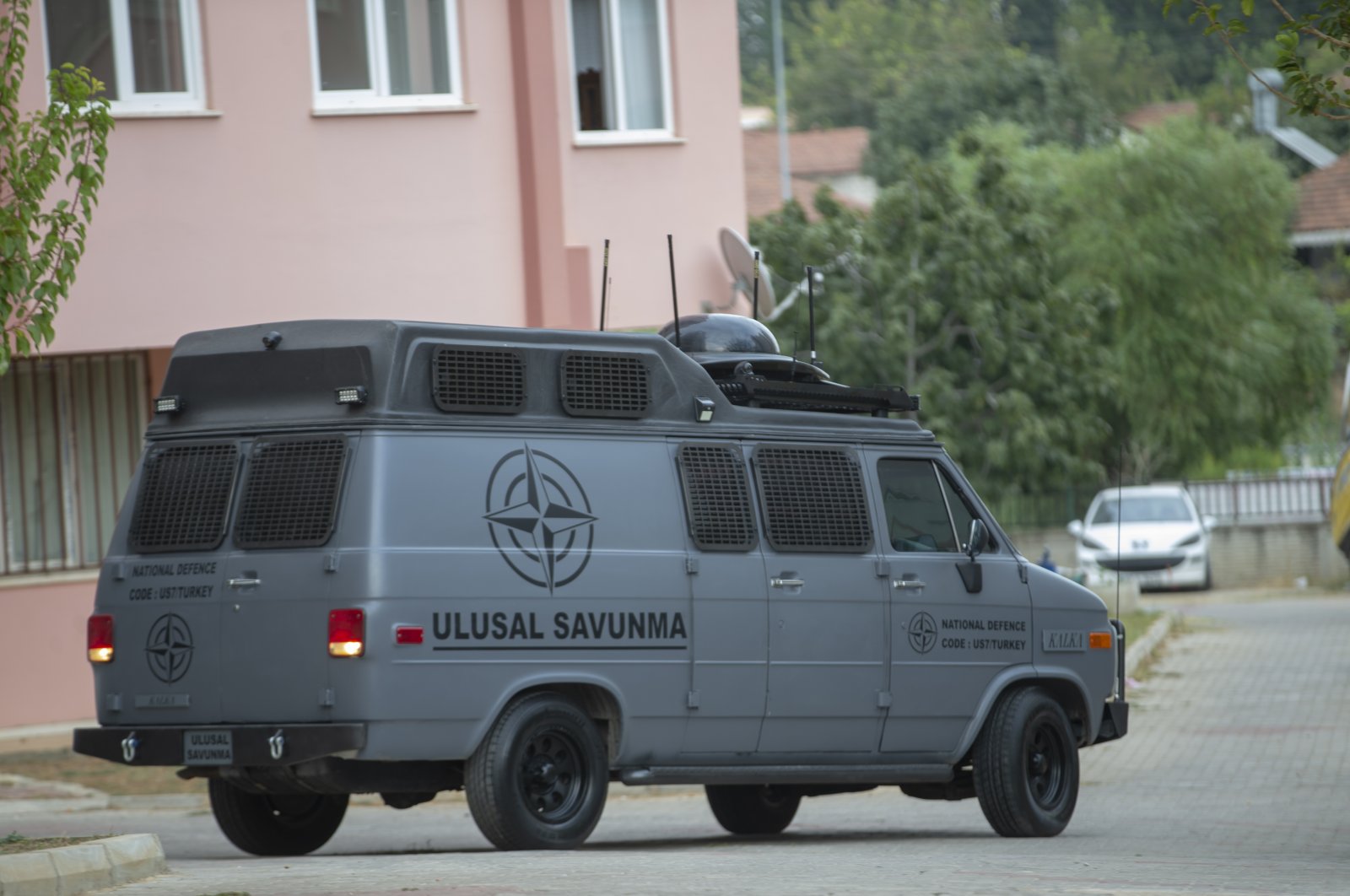 The company has so far developed nine anti-drone systems for the security forces.

Bekir Yalçın, research and development (R&D) coordinator of the firm, told Anadolu Agency (AA) Friday that the UAVs and drones are not only used by security forces but could also be used for carrying drugs, bombs or other kinds of prohibited substance with the purpose of creating terror.

He stressed that, especially during public events like demonstrations or concerts, it can be undesirable to stop those vehicles with armed weapons and that the KALKA system can prevent those flights with an early warning system.

Yalçın said the system is a vehicle-mounted anti-drone system, while it also has the ability to conduct frequency tracing.

The system’s radars, which depend entirely on domestic software, can perceive and prevent a target from up to 5,000 meters.

It is also effective against herd drone attacks, Yalçın added. The initial tests of the system were conducted with the participation and surveillance of related units of the Antalya Provincial Security Directorate.

Yalçın said, within the scope of necessary permissions from the Defense Ministry, the system may also be exported abroad. There is currently demand from Russia, and the country may be the first to import the system, he added.