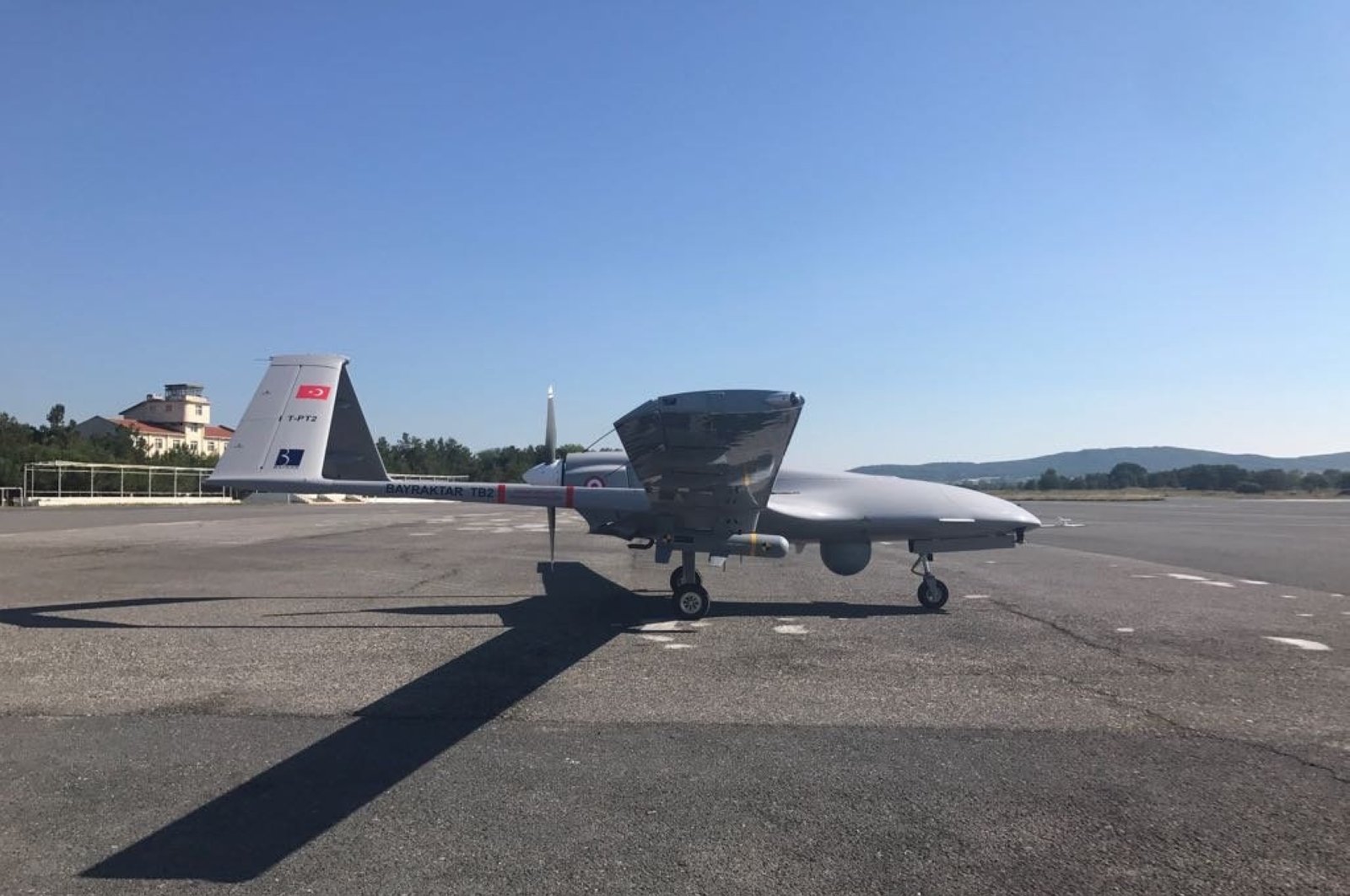 A Bayraktar TB2 drone loaded with MAM-L smart ammunition is seen in this file photo from March 8, 2017. (Photo by Baykar via AA)
by DAILY SABAH WITH AA Oct 18, 2020 3:28 pm
Edited By Ayşe Betül Bal
RECOMMENDED

"The drones were a game-changer in field operations," he said, reiterating that the country has been actively using several types of UAVs.

İkinci added that the drones mainly use MAM family ammunitions, namely the MAM-L and MAM-C smart ammunition that "provides great leverage in terms of capability and strike power."

Drawing attention to the fact that serious improvements have been made in their development with the feedback and information obtained from the field, İkinci said today our MAM ammunition family is way ahead of its peers.

"It entered our agenda as ammunition that changed the course of the war and provided strike advantage," he said, adding that they have continued their work in the field.

He said in the upcoming period, new UAVs like Bayraktar Akıncı, a cutting-edge unmanned combat aerial vehicle (UCAV) and Aksungur, a domestically produced medium-altitude, long-endurance UAV developed by Turkish Aerospace Industries (TAI), will be used by the TSK. Both have superior capabilities compared to the current models.

Parallel to the developing capabilities of the new combat drones, İkinci said they will be equally focusing on developing advanced ammunition for the MAM family.

Speaking about foreign sales, the Roketsan chairperson said there is a great demand from abroad for their products. "It growing parallel to Turkey’s success in the field of combat UAVs."

"We have products that we sell to countries like Ukraine and Azerbaijan," he said.

Emphasizing that the demand and need for these solutions have reached very high levels, especially with the more active use of UAVs on the battlefield, İkinci added: "We believe that this demand will gradually increase."

The art of war has evolved from the use of heavy, large platforms to lighter, unmanned and smarter platforms, İkinci said, and as Roketsan, internal research and development (R&D) projects aimed at expanding the MAM family and increasing its capabilities to meet the needs of the TSK, along with the friendly and allied countries are continuing. He also said they will work with companies in the ecosystem to create higher-level products.

İkinci added that Sungur, a pedestal-mounted air defense system developed by Roketsan, is ready to be used by the army.

"The version that is mounted on the vehicle and can be launched from it is ready to be delivered to the TSK."

He said in addition to the system that only controls air targets over the armored vehicle, a single system that unites Sungur and Cirit pedestal-mounted laser-guided missiles that can engage both air and ground targets simultaneously will also be delivered to the TSK. The project is in the final stage of production, he added.

"We aimed to produce a more efficient and dynamic platform by combining these two systems and similar systems on a single platform. In the next stage, launchers will be developed that allow different weapon systems to be fired together and used more flexibly," Ikinci noted.