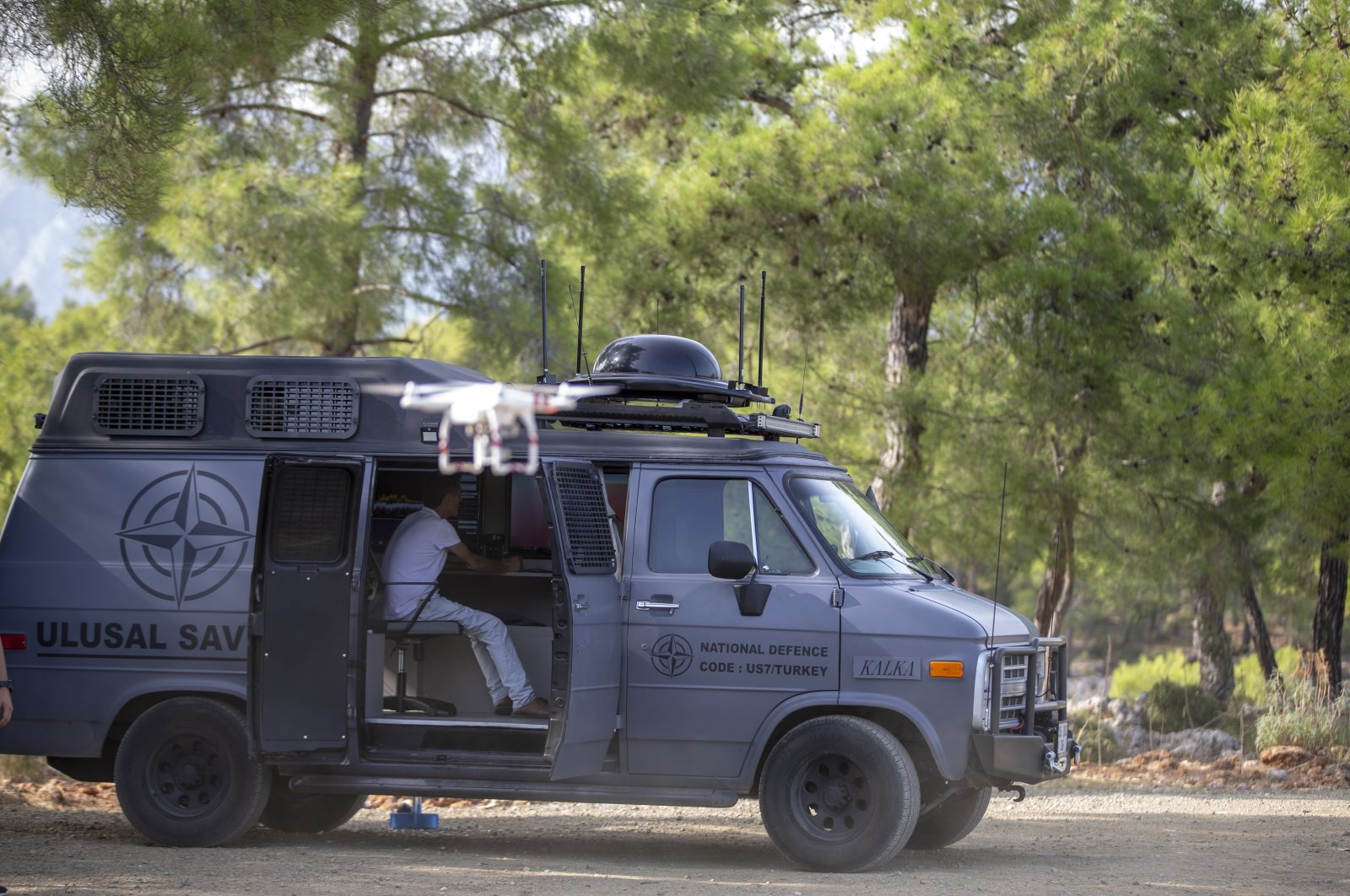 A southern Turkey-based local firm that has developed an early warning system to address the threat posed by unmanned aerial vehicles (UAV) for the use of the Turkish Armed Forces (TSK) is now preparing to make its first exports to Russia.

The anti-drone system, which has already been added to TSK's inventory, has also attracted attention from abroad, and now the first exports of the system will be made to a private company in Russia.

Describing the system as a "vehicle-mounted anti-drone system,” Yalçın stated that it was produced entirely with local means.

Being the first such system produced in Turkey, the KALKA has obtained the necessary permits for mass production, Yalçın said. “So far, there are demands from Russia, Sri Lanka, Bangladesh, Malaysia, Qatar, Pakistan, Afghanistan and the United Arab Emirates.”

The deliveries to the Russian company will probably be made toward the end of the year, he said. Given that the company is about to close agreements with some companies in other countries and negotiations continue, it can easily be said that “very good days are waiting for our defense industry,” he added.

He noted that the Russian company that purchased the product will use the KALKA to protect its facilities.

Yalçın also said that a delegation from Pakistan came to Antalya to see the functions of the KALKA and to examine the device, and the company offered a demo.

"The device is wanted for use in the security of concerts, rallies, transfers and social events in Pakistan,” he said.

Yalçın stated that the Pakistani delegation, to whom they presented detailed information about the device, was satisfied with the system, adding: “Our current priority is to introduce its functions, features and advantages over its counterparts to the customers. I think we have been successful in this regard.”

Emphasizing that the company operates in more than one sector and that more exports are planned, Yalçın stated that they are very proud of expanding abroad with the system that is entirely the work of Turkish engineers.

Adnan Shafiq Ahmed, the senior manager of a private company in the field of medical supplies, traveled from the U.S. to see the system and said he has businesses in the U.S. and Pakistan.

Ahmed stated that they plan to use the system for VIP transfers, military units, rallies, protection of oil and natural gas pipes.

Stating that the company has allotted $14 million (TL 109.98 million) in investments for this field, Ahmed said: "It is a new technology worldwide, and we are currently at the stage of recognizing it.”