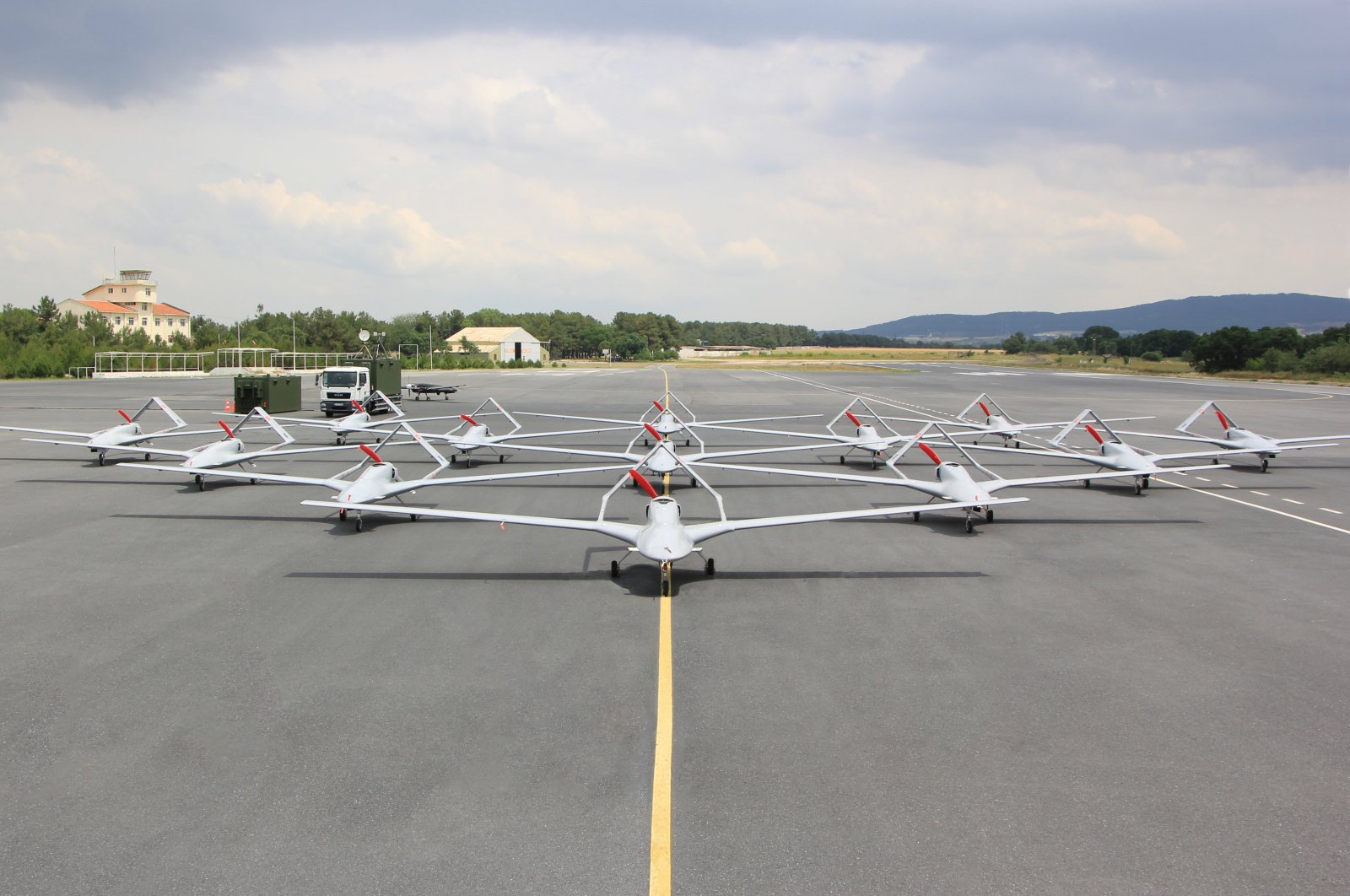 Analysts have drawn attention to the effectiveness of unmanned aerial vehicles (UAV) in the field, particularly drone swarms used against air defense systems and battle tanks as seen in Syria, Libya and Azerbaijan recently, in a German media report published on Friday. The report, which included Turkey among other countries such as Israel pioneering the manufacturing and exporting of the state-of-the-art combat drone technology, said Azerbaijan greatly benefited from its strategic military partnership with Turkey in its victory over Armenian occupied lands.

The report, published on the German website Tagesschau titled “Drones in action: Seven seconds to run away,” reiterated that the use of combat drones is changing modern military warfare.

The report highlighted the fact that the Armenian forces in the occupied Nagorno-Karabakh region who relied on tanks, artillery and missiles were "easy targets," with footage released by the Azerbaijani Ministry of Defense backing up the claim. Several analysts used drone footage to document the Armenian losses, tallying at least 185 battle tanks.

The coordinated usage of drones against tanks and air defense systems via electronic networks is effective as the UAVs can be equipped with smart ammunition and other military equipment. This was the case in Syria when Turkey retaliated against regime attacks on its army positions.

The German media report also drew attention to Turkish and Israeli drones, namely Turkey’s "Bayraktar TB-2" and Israeli "Hermes 900” both of which are owned by Azerbaijan.

The report said the drones “scout out enemy positions, which are then attacked with rockets and artillery shells.”

It also pointed out that Azerbaijan converted Soviet-produced Antonov AN-2 multi-purpose aircrafts in order to fly remotely over Armenian positions at low altitudes and gather position information, citing Fuad Shabasov, a military expert from Baku.

“The position data were registered by other drones at a higher altitude and used to switch off the Armenian air defense,” he was cited by the report as saying.

Besides the devastating effect drone attacks can have when used with smart ammunition, capable of taking out 50-ton tanks on the ground with nowhere to escape, the psychological effect of drone strikes can also be used as leverage.

“The Armenian armed forces with their outdated anti-aircraft systems were not able to recognize and shoot down the Bayraktar TB-2 and the kamikaze drones,” Markus Reisner, head of the development department at the Theresian Military Academy of the Austrian Armed Forces told Tagesschau. The Azerbaijani army possesses Israeli made kamikaze drones.

Another military expert, Gustaf Gressel from the European Council on Foreign Relations said in an interview with the German website that “the Azerbaijani armed forces had cut off the Armenians' reserves from the battlefield, while they were able to keep their losses low even without direct contact with the enemy,” delivering a psychological defeat to the Armenian side.

Exhaustion and the kamikaze drones, in particular, had a demoralizing effect on the Armenian forces, Armenian journalist Tatul Hakobjan was cited by Tagesschau as saying, adding that “as soon as the drones were heard, they had seven seconds to run away.”

A Moscow-brokered truce was reached between Armenia and Azerbaijan, after more than six weeks of deadly clashes over Nagorno-Karabakh, a region that lies within Azerbaijan but has been illegally occupied by ethnic Armenian forces backed by Armenia since a separatist war there ended in 1994. Following the truce Nagorno-Karabakh’s separatist leader, Arayik Harutyunyan, acknowledged that "had the hostilities continued at the same pace, we would have lost all of Artsakh (an Armenian name for Nagorno-Karabakh) within days.”

The truce came days after Azerbaijan pressed its offensive deeper into Nagorno-Karabakh and took control of the city of Shusha, strategically positioned on heights overlooking the regional capital of Khankendi (Stepanakert).

Gressel said in the German media report that Russia is likely superior to the Turks in terms of electronic warfare, “but in Armenia and Syria, Russia only protects its own troops and bases with its own air defense systems and jammers. The 'allies' have to be content with export versions.”

“That usually works less well,” he said, which is evident from the video footage showing the devastated Russian-made air defense systems in Armenian occupied territories or Syria.