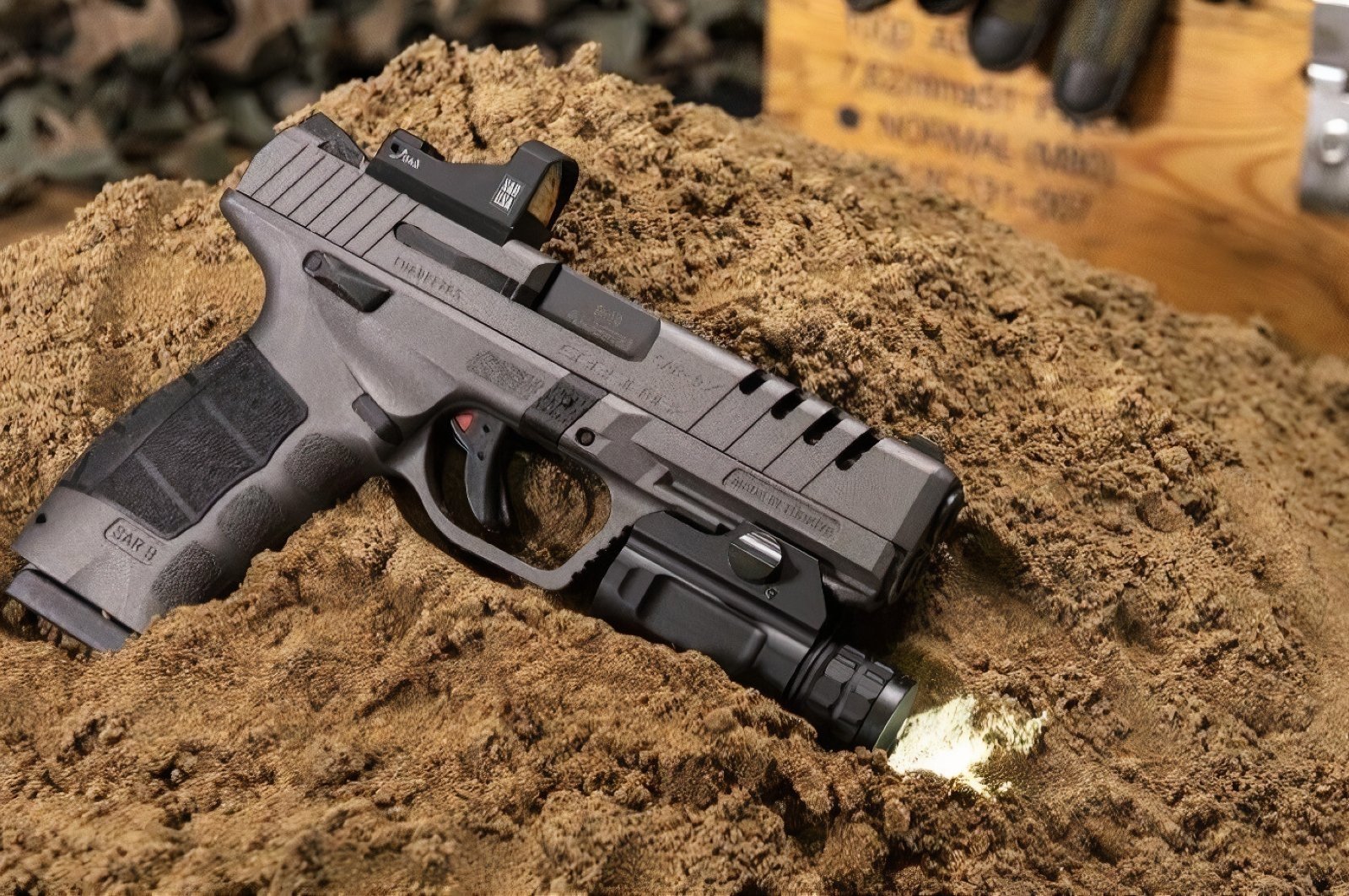 Turkey’s SAR9 pistol won the Reader's Choice Gold Award of U.S. Tactical Retailer defense magazine, becoming its second award in the handgun category since the beginning of this year.

According to the announcement by Sarsılmaz, the producer of the SAR9, Sig Sauer received a silver award, followed by a bronze medal of well-known Austrian handgun Glock.

In January, another version of the SAR9, the SAR9X Platinum, was awarded the 2020 Editor’s Choice Award of the U.S.-based On Target defense magazine.

Produced by Turkey’s Sarsılmaz under a project initiated by the Presidency of Defense Industries (SSB), the SAR9X Platinum 9 mm pistol is used by Turkish police and armed forces. It has been exported to the U.S. through a subsidiary, SAR USA.

The SAR9 pistol was introduced by SAR USA for the first time at the 2018 Shot Show and received outstanding reviews from experts. Shortly after, the SAR9X Platinum was revealed, which has numerous add-ons and accessories. It has often been compared with Glock and is assessed as having better features.

“Due to the low bore axis and overall great ergonomics, the SAR9X is, arguably, more comfortable, controllable and flat-shooting under recoil than the Austrian pistol its features resemble. No malfunctions were recorded during testing,” On Target magazine said.

“Given this pistol’s ergonomics, accuracy, reliability, host of useful accessories and rock-bottom sticker price, we consider the SAR9X Platinum to be a very worthy recipient of 2020 On Target Editors’ Choice Award,” it added.