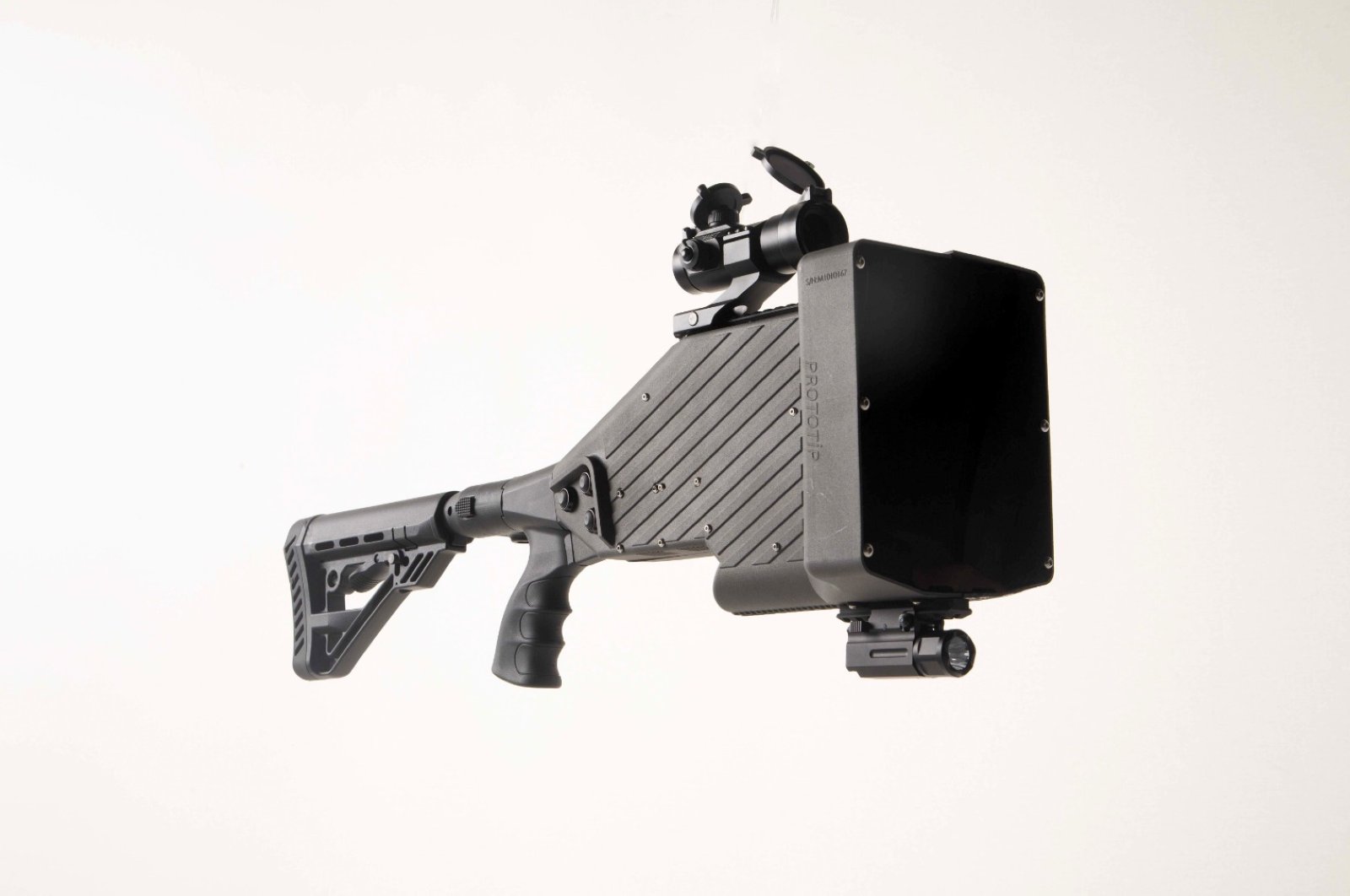 The anti-drone gun has a weight of 2.5 kilograms and is capable of combating rogue drones within 3 kilometers its range. (AA Photo)
by Daily Sabah with AA Mar 15, 2020 3:21 pm
RECOMMENDED

The technology firm, which has been working to improve capabilities of national drone systems, introduced its newest product, ES-60 Electromagnetic Anti Drone Gun, designed to inflict high-speed electromagnetic interference to disrupt communications between drones and their control units and cause enemy devices to malfunction.

The Harp Arge said the anti-drone gun has a weight of 2.5 kilograms and is capable of combating rogue drones within a 3-kilometer (1.86-mile) range. The company said the new antenna technology installed enabled the company to reduce the size and weight of the weapon to an impressive extent. The firm added that the jamming weapon is produced using more than 70% of locally sourced content and would only be provided to government agencies as per weapons regulations.

Harp Arge said they had been working on the design and prototyping of an anti-drone gun for a long time but that its production was made possible only after it was acquired by Istanbul-based Ekba Holding last week. The company has now been included in the Cemd Defense Corporation group that operates as part of the Ekba Holding and will start mass production of the ES-60 after establishing its assembly line.

An electromagnetic anti-drone weapon developed by the firm has seen high demand abroad, with the company launching a marketing study partnership with a Turkish construction and defense industry firm.

The first exports of the weapon were made to Azerbaijan after successful tests by the country's military in 2017.