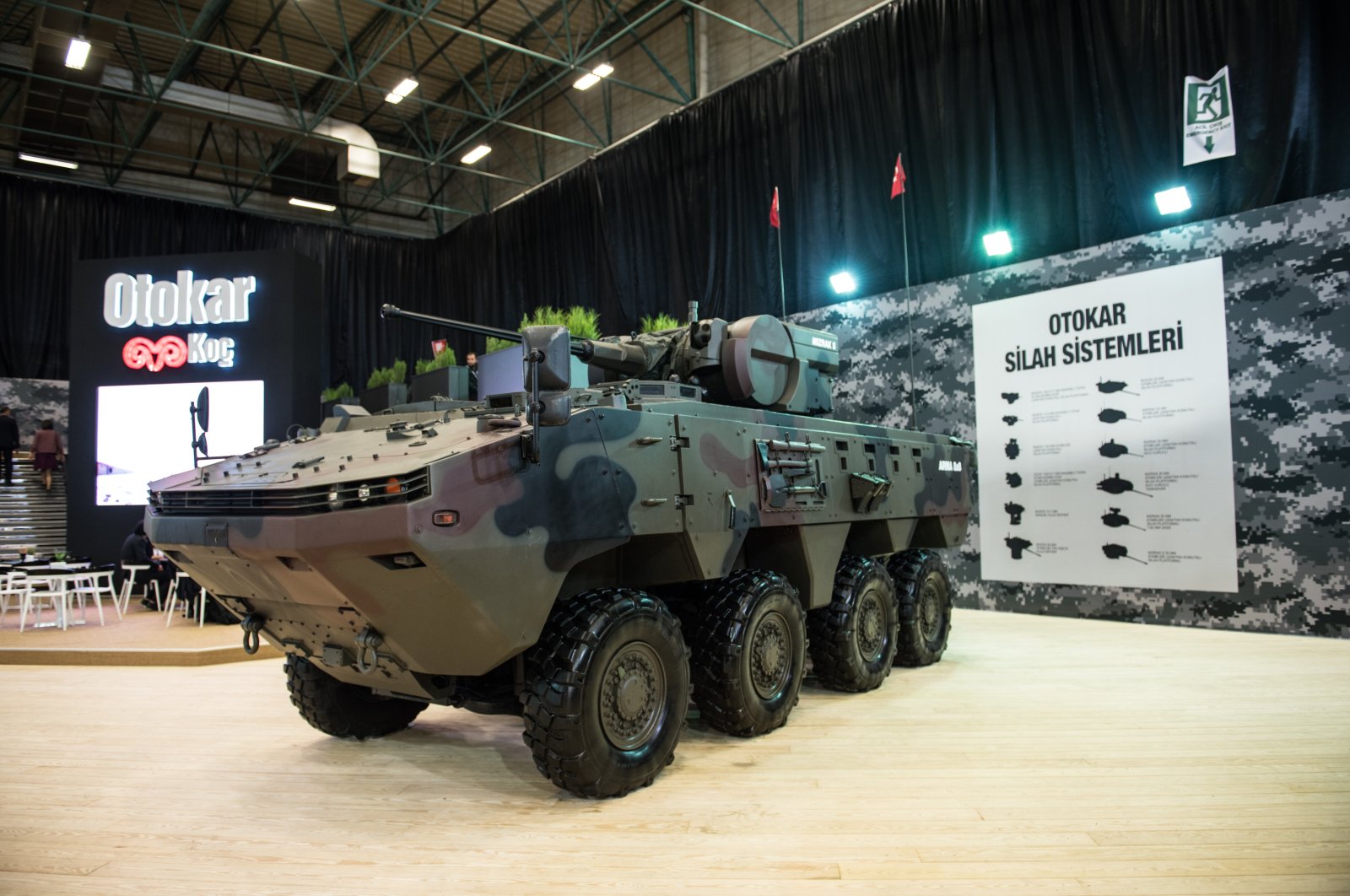 Turkish defense company and automotive manufacturer Otokar has signed a new export agreement worth $110 million for the sale of military vehicles to an undisclosed African country.

The company informed the Public Disclosure Platform (KAP) on Tuesday about the deal.

The defense manufacturer said that it is the first Arma 8x8 order from an African country, which hasn’t been disclosed yet.

Despite the negative effects of the COVID-19 pandemic, Otokar continues to increase its exports of armored vehicles, which it designs in-house and for which the says stand out for their high level of protection and superior mobility.

Otokar General Manager Serdar Görgüç, whose views were included in the company statement, said that the armored vehicles are preferred in the international arena, displaying worldwide the nation's defense industry capabilities as well as Turkey's engineers and workers' efforts.

While the deal came from a country that the company has exported to before, this "means that the customer was pleased with the vehicles it included in its inventory, going with Otokar again," Görgüç said.

The company said deliveries will begin in 2021 and will be completed by the end of 2022. The contract will come into effect following the completion of the letter of guarantee, the advance payment getting received and the necessary export permits being obtained.

Otokar's Arma 8x8 is the newest member of the vehicle development program that was initially kicked off in 2007. It was unveiled at the International Defense Industry Fair (IDEF) held in Istanbul in May 2011. The new generation modular, multi-wheel armored vehicle is said to have superior tactical and technical features and is a multipurpose platform that allows for the integration of various mission equipment and weapons systems.

A subsidiary of leading Turkish conglomerate Koç Holding, Otokar vehicles currently offer services to over 50 customers in more than 35 countries.

The company has subsidiaries and joint ventures in France, the United Arab Emirates (UAE) and Romania and most recently in November 2019, announced a new branch, Otokar Central Asia, in Kazakhstan.

The local commercial and military vehicle manufacturer has over 30 years of experience in both engineering and design in the field of military hardware. It supplies both NATO and the United Nations while retaining a good deal of intellectual property rights over its products.