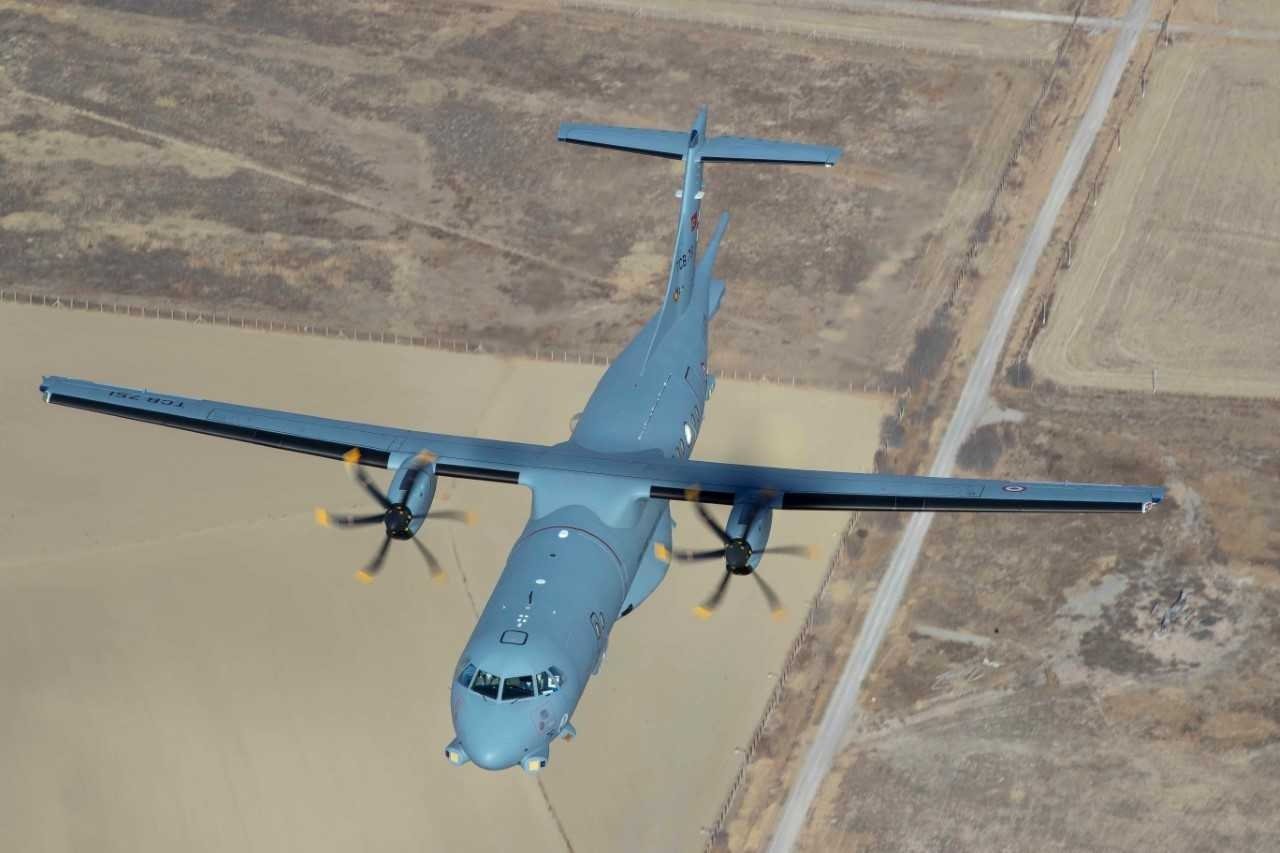 The first P-72 maritime patrol aircraft pictured at an unidentified location in this photo provided on Dec. 14, 2020. (Courtesy of SSB)
by DAILY SABAH Dec 17, 2021 12:47 pm
Edited By Defne Riley
RECOMMENDED

Ismail Demir broke the news late Thursday via his Twitter account, sharing that the two P-72 maritime patrol aircraft developed under the Meltem-3 project were delivered to the Naval Forces Command (DzKK).

"We have added new steel-wing guards to our Blue Homeland (protection). We have delivered two more P-72 Marine Patrol Aircraft to the DzKK as part of the Meltem-3 Project. Our Marine Patrol planes, which serve as the strategic element of the DzKK, add strength to our country's power in the sky," the tweet read.

Following the delivery of the first maritime patrol aircraft on Dec. 10, 2020, three more of the aircraft and a general-purpose maritime aircraft were added to the navy's inventory this year.

Turkey had previously used its domestically built maritime patrol aircraft in missions across several regions, including the Black Sea, the Aegean, the Eastern Mediterranean and Libya's coast. With the latest delivery, the number of P-72 aircraft, which is seen as an important force multiplier for protecting the seas surrounding Turkey, dubbed Blue Homeland, reached four.

The Italian defense firm Leonardo is the main contractor of the Meltem project carried out under the SSB, while prominent Turkish defense industry firms, namely the Turkish Aerospace Industries (TAI), Aselsan, Havelsan and MilSOFT, are subcontractors.

The last two aircraft to be produced within the project's scope are scheduled to be completed in 2022.