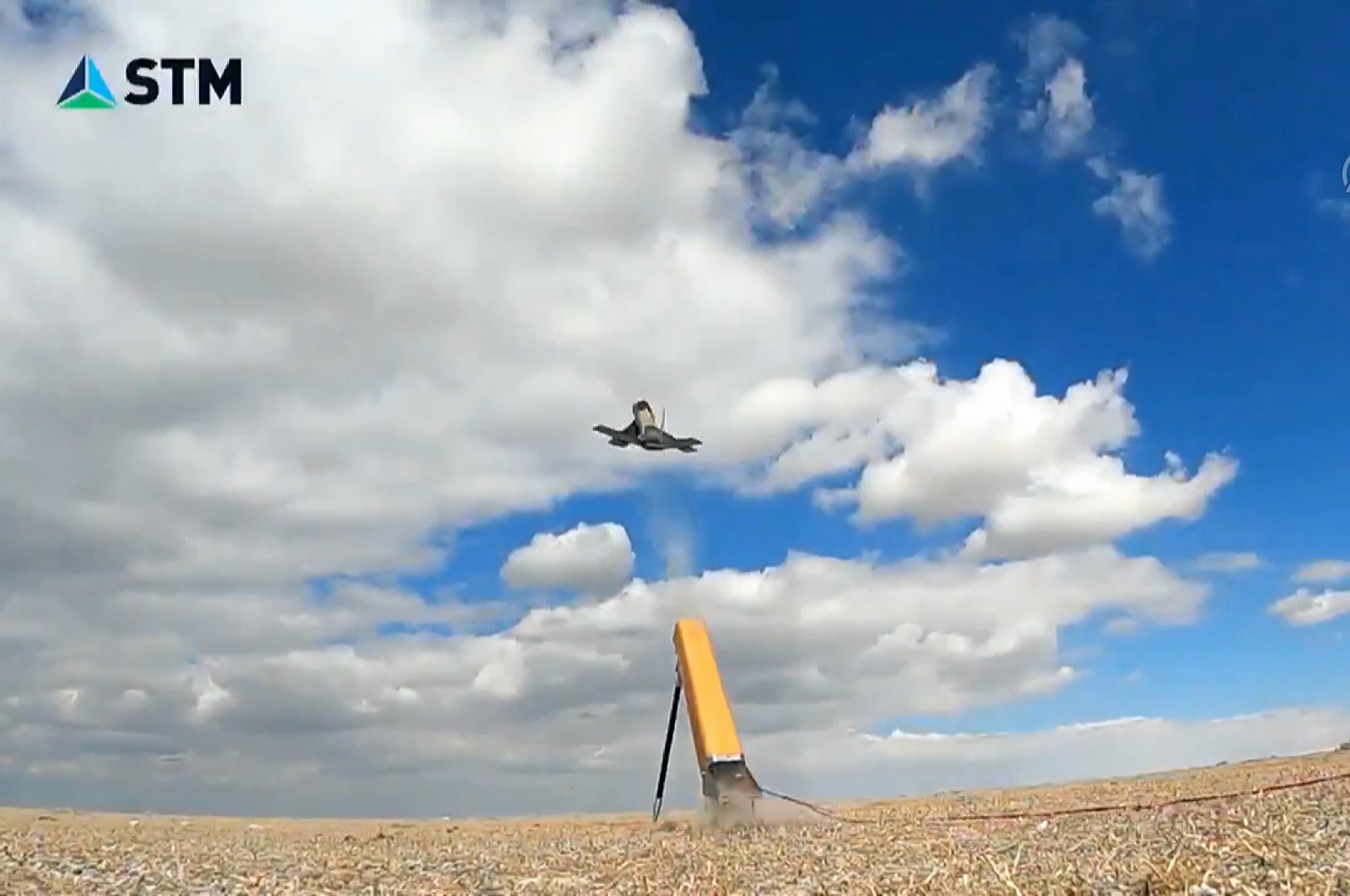 A screengrab from the test firing of the Alpagu shows the drone's launch.
by DAILY SABAH Jun 18, 2021 2:20 pm
Edited By Ayşe Betül Bal
RECOMMENDED

“A direct hit from Alpagu which has a small weight but a huge impact!” he wrote, adding that the fixed-winged tactical strike unmanned aerial vehicle (UAV) system, developed by STM Defense Technologies Engineering and Trade Inc. with its indigenous engineering capability, successfully carried out the test fire with live ammunition.

The Alpagu, which is capable of effective operation day and night and is controlled by a single officer, will join the ranks of the country's “kamikaze drones.”

A written statement by the SSB, meanwhile, said the drone hit its target with a direct hit in the test shot carried out in the Aksaray Shooting Range.

“After launch, Alpagu, which carried out its flight for about 10 minutes, tracked the target through image tracking software. Alpagu, which could not be detected by the target until the last moment with its high maneuvering quality, destroyed its target with live ammunition,” it said.

The STM’s rotating-wing strike drone, the Kargu, which already used by Turkish security forces, has shown consistent success on the battlefield, contributing to discovery and surveillance missions on top of its armed capacity.

The Alpagu, which differs from its predecessor in terms of its lighter structure, diving speed and low radar cross-section, is capable of creating pinpoint damage to high-value targets. The drone weighs less than 2 kilograms (4.4. pounds) and can only be matched by two platforms with similar qualities on the global market.

Despite its small size and light weight, the Alpagu carries enough explosives to neutralize its targets, can work at very long distances and is easy to transport. The Alpagu also boasts high artificial intelligence and image processing capabilities.