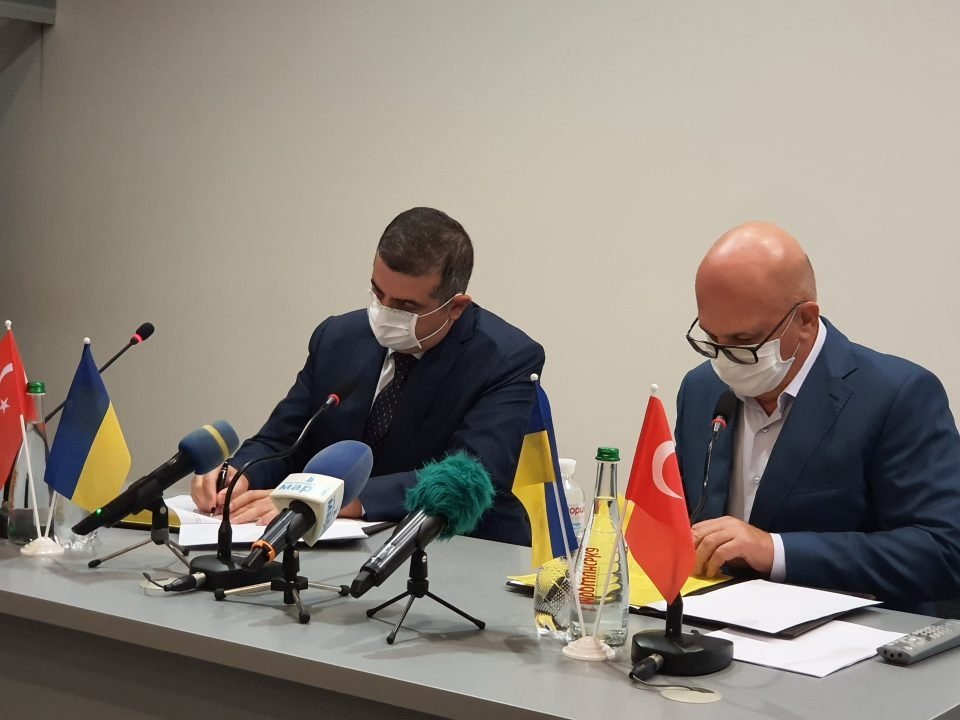 During a meeting in the capital Kyiv, the two sides discussed the potential in joint manufacturing of military products and working together in the energy and infrastructure fields. They signed a memorandum of understanding (MoU) to deepen the bilateral relations.

The MoU was based on Turkey and Ukraine's new military cooperation agreement that was signed between the two countries last week during Ukrainian President Volodymyr Zelenskiy's official visit to Turkey.

Denis Gordienko, the CEO of Zorya-Mashproekt, said the MoU is a step toward enabling the Ukrainian firm to enter the Turkish market.

Zelenskiy visited Ankara last week upon an invitation from President Recep Tayyip Erdoğan. The two leaders oversaw the signing of a “goodwill” agreement concerning the defense industry and a “military framework agreement,” according to officials, although details of the agreements were not immediately known.

Zelenskiy had said the agreements paved the way for “new opportunities.”

“Cooperation in the defense industry is important for the development of our strategic partnership, and I am happy that we are strengthening it today,” he said.

In the aftermath of the visit, the president said Turkey and Ukraine will begin to jointly produce corvettes, motors, unmanned aerial vehicles (UAVs) and air defense systems.

The two countries initially agreed to reach $10 billion in bilateral trade but then raised it to $20 billion.

In addition, Ukrainian aircraft producer Antonov aims to cooperate with the Turkish aviation industry for the production of AN-178 aircraft, the company’s CEO Oleksandr Los said last month.