US sanctions leave most of Turkish defense industry unaffected 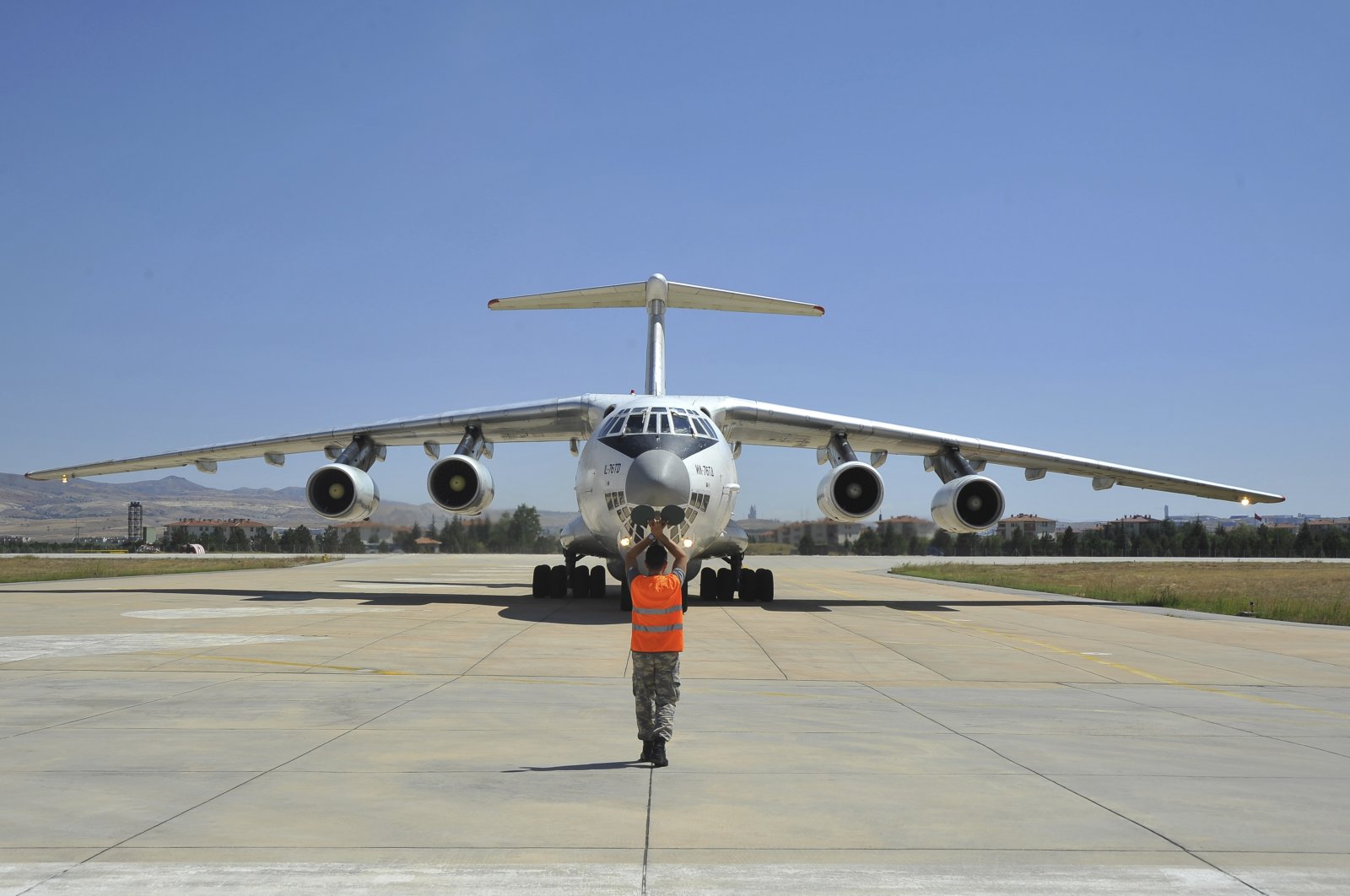 Ismail Demir, the head of the Presidency of Defense Industries (SSB), said the sanctions only target his government agency and do not affect other institutions such as the National Defense Ministry, the Turkish Armed Forces (TSK) or defense companies.

“The Presidency of Defense Industries is not a procurement agency, but a project management agency. Our projects usually run through defense industry companies, and none of them are covered by the sanctions,” Demir said.

“Instead of the ‘sanctions on Turkey’ phrase, I prefer the ‘sanctions have been imposed on single institutions and four people’ sentence,” Demir told Anadolu Agency’s (AA) Editor’s Desk. “This is the actual aspect."

He stressed sanctions would not affect existing agreements that were already signed, without providing further details.

The U.S. on Monday imposed sanctions under a U.S. law, known as Countering America's Adversaries Through Sanctions Act (CAATSA), targeting its NATO ally Turkey’s SSB, the SSB chief and three other officials over Ankara’s purchase of the Russian S-400 air missile defense system.

Turkey condemned the sanctions, calling them a “grave mistake.”

As Turkey’s top body for the development of defense projects and industrial participation, the SSB was responsible for more than 600 projects ranging from jet engine development to ammunition production as of the end of 2018.

In his first public comments on the sanctions, President Recep Tayyip Erdoğan said Wednesday they were a “hostile attack” against Turkey’s defense industry and bound to fail.

Erdoğan said problems stemming from the sanctions would be overcome and vowed to ramp up efforts to achieve an independent defense industry.

“The real goal is to block the advances our country started in the defense industry recently and to once again render us absolutely dependent on them (the United States),” he added.

“Surely there will be problems, but each problem will push open a door for us for a solution," Erdoğan said.

Demir stressed, "The S-400 air defense system bought by Turkey is the best in its class."

He also highlighted that the U.S. sanctions will not create obstacles for Turkey, but rather will boost its determination.

On the financial side of the sanctions, Demir said, “we don’t need financial access; so far we haven’t.”

“The main contractor engages where the credit mechanism is used,” he noted.

Stressing Turkey’s duty to develop its defense industry, Demir said thanks to these efforts, it now has over 1,600 local defense firms.

He stressed the ultimate solution for Turkey is producing its own domestic engines.

“In this process, we are meeting with authorities, countries, and companies that are open to cooperation, joint production and development with us,” he added.

Demir was appointed as chairperson of the SSB in April 2014, having previously served as general manager of national flag carrier Turkish Airlines’ (THY) maintenance and repair unit. He spent several years in the U.S. during his graduate and doctoral studies.

The defense body was established in 1985 under the umbrella of the Defense Ministry to set and implement policies for defense industry infrastructure.

It was affiliated with the Turkish Presidency under Erdoğan in December 2017 and renamed the SSB in July 2018, with the goal of developing a modern defense industry and modernizing the country’s military.

The SSB is a shareholder in companies including SSTEK, a holding company for stakes in emerging defense firms, including jet engine developer and aircraft contractor Turkish Aerospace Industries Inc. (TAI).

It is also a shareholder in the airport authority for Istanbul’s second airport, Sabiha Gökçen, in defense contractor STM Defense Technologies and in local testing and certification body TRtest.

Turkey will not turn back on its purchase of the S-400s and will take reciprocal steps after evaluating the CAATSA sanctions, Foreign Minister Mevlüt Çavuşoğlu said Thursday.

In an interview with broadcaster Kanal 24, Çavuşoğlu said Turkey could not be subjected to CAATSA sanctions as its acquisition in 2017 predates the CAATSA law.

He stressed that the decision was an attack on Turkey’s sovereign rights and would have no impact on the country.

The CAATSA legislation is meant to dissuade countries from buying military equipment from Russia.

“This is not in line with international law or diplomacy, and it is a politically and legally wrong decision,” Çavuşoğlu said, adding that the U.S. could have solved the dispute with common sense if it had cooperated with Turkey and NATO.

The penalties block any assets the four sanctioned officials may have in U.S. jurisdictions and bar their entry into the U.S. They also include a ban on most export licenses, loans and credits to the agency.

It is the first time that CAATSA has been used to penalize a U.S. ally.

“If there was to be a step back, it would have happened by now,” Çavuşoğlu said in response to a question on whether Turkey would cancel the S-400 deal with Russia.

Çavuşoğlu added, “Now we are assessing the impact of these sanctions in great detail... and will take steps accordingly.”

Turkey says its purchase of the S-400s was not a choice but rather a necessity as it was unable to procure defense systems from any NATO ally on satisfactory terms.

In April 2017, when its protracted efforts to buy an air defense system from the U.S. proved fruitless, Turkey signed a contract with Russia to acquire the defense system.

“There were talks with China for a long time, but they were shelved due to some reasons at that time," Demir said.

“In the later stages, we continued negotiations with the Americans, Italy, and France. There was no supply of the [U.S.] Patriot system under the conditions we wanted.”

After all this, the negotiations for the S-400 started, he added.

The U.S. claimed the S-400s pose a threat to the next-generation F-35 fighter jets and to NATO’s broader defense systems.

Turkey rejects this allegation and says the S-400s will not be integrated into NATO and pose no threat to the alliance or its armaments.

Ankara has repeatedly called for an establishment of a working group to clear up the technical compatibility issues.

The U.S. earlier expelled Turkey out of the F-35 stealth jet program over Ankara’s purchase.

Erdoğan has said Ankara still produced close to 1,000 parts for the F-35 jets, despite being removed from the program. Turkey had also been due to buy more than 100 F-35 jets.

The sanctions come at a delicate moment in fraught relations between Ankara and Washington as Democratic President-elect Joe Biden gears up to take office on Jan. 20, replacing Republican incumbent Donald Trump.

Çavuşoğlu said that an improvement of relations between Turkey and the U.S. would depend on Biden's ability to address Ankara's expectations in its Syria policy as well as the extradition of U.S.-based Fetullah Gülen, head of the Gülenist Terror Group (FETÖ), responsible for a coup attempt in July 2016.

“If the United States thinks strategically, they need Turkey very much. They say this, but they must do what is necessitated by this,” Çavuşoğlu said.