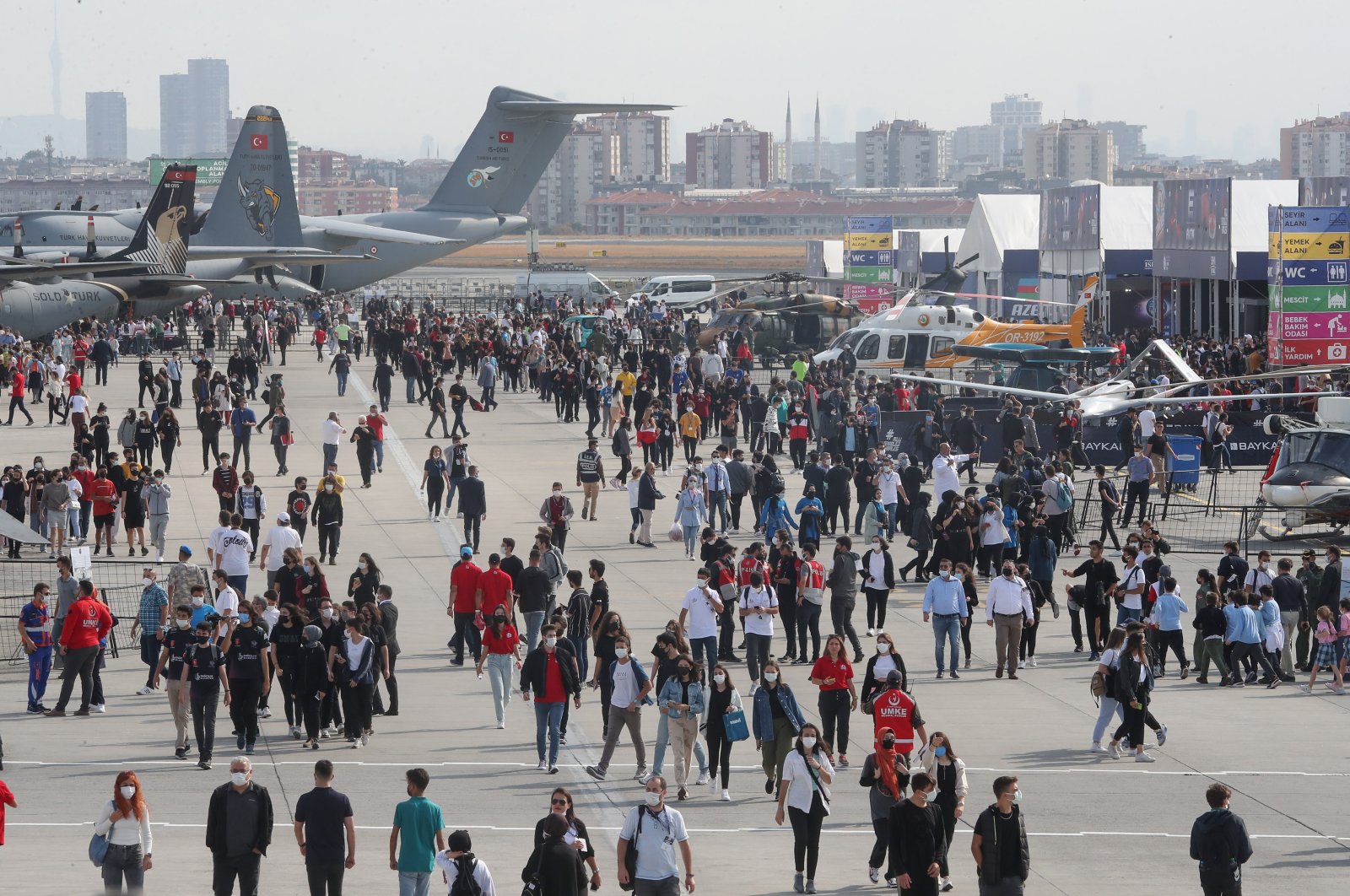 Thousands of aerospace and technology enthusiasts Tuesday flocked to Atatürk Airport, as one of the biggest aviation events in the world kicked off in Istanbul.

Teknofest, a six-day event, will host a range of activities, from air shows with warplanes, unmanned aerial vehicles (UAVs) and helicopters, to seminars, summits, competitions and fairs.

Ahead of the opening ceremony, fighter jets of the Turkish and Azerbaijani air forces put on a dazzling coordinated air show over Istanbul’s Bosporus.

F-16 and F-4 jets of SOLOTÜRK, the aerobatics display team of the Turkish air force, and MiG-29 aircraft of the Azerbaijani air force took part in the show.

The 2021 edition has already seen some technology competitions being held prior to the main event. The festival features dozens of competitions in categories such as smart transportation, helicopter design, biotechnology, robotics, flying cars, rockets and unmanned underwater systems.

“Thus, we must enlarge our start-ups much more and support them,” he said. Today, leading global media outlets speak about Turkish startups, he underlined.

Bayraktar added that in order to avoid being condemned to a world constructed by savage capitalist technology monopolies, Turkey must direct its own transformation.

Calling out to the youth, he said “don’t let the obstacles that come your way discourage you,” advising them to be original in all they do.

Industry and Technology Minister Mustafa Varank noted that interest in the event has been increasing by the year.

Touching on Turkey’s cutting-edge defense and technology products being showcased at the event, like the nation’s first homegrown multifunctional helicopter Gökbey and unmanned aerial vehicle (UAV) Aksungur, Varank stressed that Turkey should be a production center for critical technologies rather than a consumer.

Varank said just as the foreign press is talking about Turkey’s UAV success, they will write about the country’s success in autonomous vehicles, unmanned underwater vehicles and flying cars in the coming years.

One of Turkey’s leading defense and technology firms Baykar previously introduced its flying car prototype, named Cezeri, at Teknofest in 2019.

Over 200,000 students in 45 teams applied for this year’s competitions, increasing from the previous three years, Bayraktar told reporters Monday,

Around 100,000 visitors will be allowed in an area of 450,000 square meters at the same time due to measures amid the coronavirus pandemic.

Last year, the event was organized virtually in southern Gaziantep province due to pandemic measures. In 2019, some 1.72 million people visited the event in Istanbul.