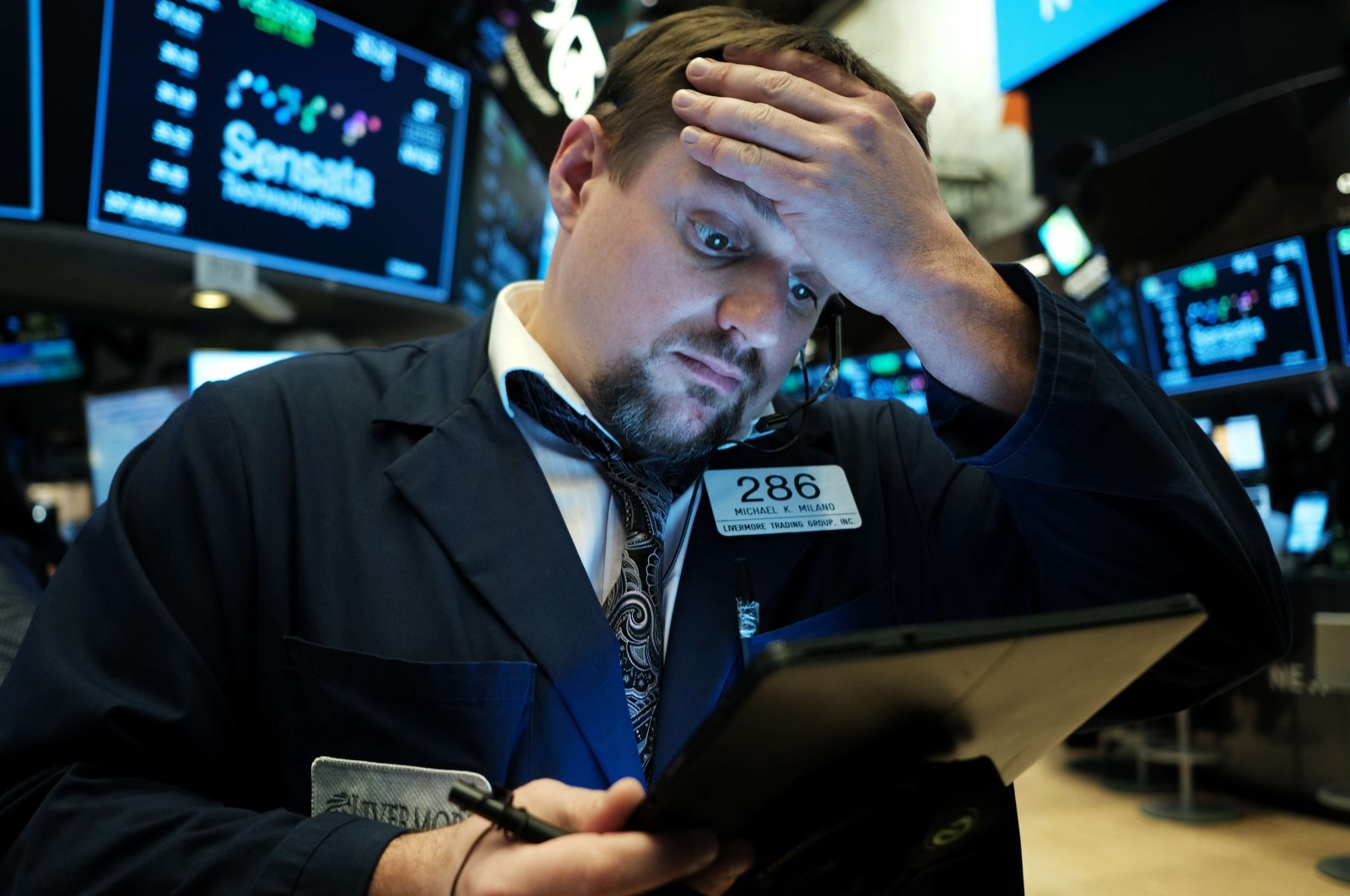 The Dow Jones' Industrial Average on Tuesday registered its worst quarterly loss since the fourth quarter of 1987, as the coronavirus outbreak sparks a free fall in the U.S. stock market.

Stocks fell Tuesday to close out Wall Street’s worst quarter since the most harrowing days of the 2008 financial crisis.

The S&P 500 dropped a final 1.6%, bringing its loss for the first three months of the year to 20% as predictions for the looming recession caused by the coronavirus outbreak got even direr.

Stocks haven’t had this bad a quarter since the last time economists were talking about the worst downturn since the Great Depression when the S&P 500 lost 22.6% at the end of 2008.

The surge of coronavirus cases around the world has sent markets to breathtaking drops since mid-February, undercutting what had been a good start to the year. Markets rose early in the quarter, and the S&P 500 set a record with expectations that the economy was accelerating due to calming trade wars and low interest rates around the world.

But benchmark U.S. crude oil dropped by roughly two thirds this quarter on expectations that a weakened economy will need less fuel. The yield on the 10-year Treasury dropped below 1% for the first time as investors scrambled for safety, and it ended the quarter at roughly 0.67%.

The big question is if markets will get worse. At this point, no one knows.

"People are trying to digest the length and magnitude of what the coronavirus impact is going to be,” said George Rusnak, managing director of investment strategy at Wells Fargo Private Bank.

The steep drops from Tokyo to Toronto in recent weeks reflect investors’ understanding that the economy and corporate profits are in for a sudden, debilitating drop-off. Economies around the world are grinding to near standstills as businesses close their doors and people hunker down at home in hopes of slowing the spread of the virus.

But markets have also cut their losses in recent weeks on hopes that massive aid from governments and central banks around the world can blunt the blow. The S&P 500 was down nearly 31% for the quarter at one point, but it has climbed 15.5% since last Monday.

The Fed has promised to buy as many Treasurys as it takes to get lending markets working smoothly after trading got snarled in markets that help companies borrow short-term cash to make payroll, homebuyers get mortgages and local governments to build infrastructure. Congress, meanwhile, approved a $2.2 trillion rescue plan for the economy, and leaders are already discussing the possibility of another round of aid.

Whether markets have indeed found a bottom or whether investors have become too optimistic about the economic rebound coming after the viral outbreak peaks is impossible to say without knowing when the number of new infections will hit its peak.

"We’re kind of on this little milestone journey with markets,” said Brent Schutte, chief investment strategist at Northwestern Mutual Wealth Management Co. "First, we get the economic plan in place, then we have to start to see some of the containment actions pay off. At some point, it’s going to be how do we get back to work.”

Among the next milestones for investors is Friday's jobs report, which is expected to show a sharp drop in payrolls. Companies will also be reporting their earnings results for the first quarter in upcoming weeks, while analysts are looking for the steepest drop in profits since the start of 2016, according to FactSet.

The numbers may get even worse in the following quarter.

Goldman Sachs economists said Tuesday they expect the U.S. economy to shrink 34% in the second quarter, but they expect growth to rebound in the third quarter.

The relatively modest moves are a big departure from earlier in the month when huge swings punished investors. The S&P 500 had its worst day since Black Monday 1987 on March 12, with a 9.5% loss, only to outdo itself with a 12% drop two trading days later. Sandwiched in between was a 9.3% surge.

The number of known coronavirus cases keeps rising, with the worldwide tally having topped 830,000, according to Johns Hopkins University. The United States has the highest number of cases in the world, more than 170,000.