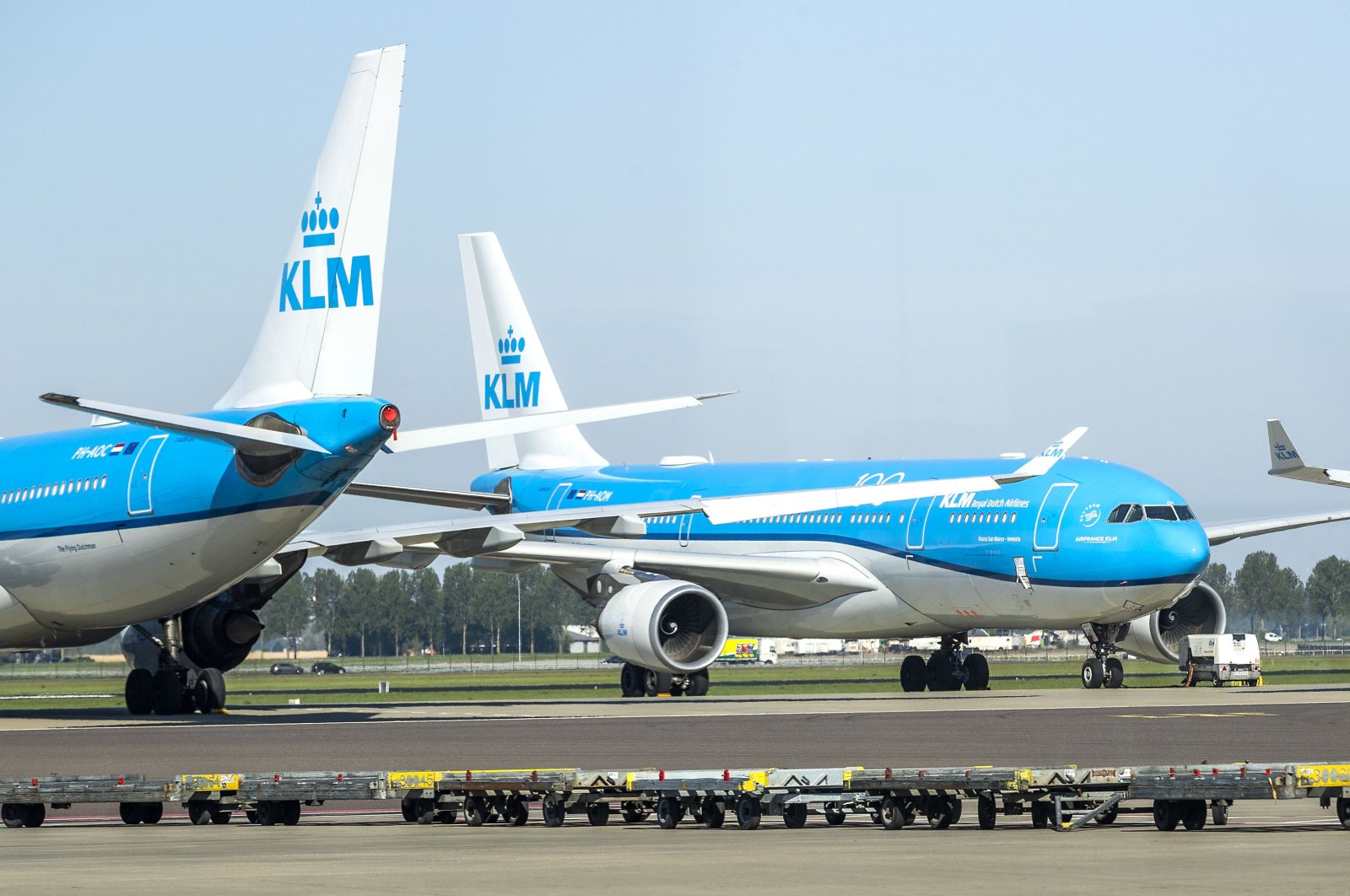 KLM aircraft are seen at a standstill on the tarmac of Schiphol airport, on April 23, 2020, as the country is under lockdown to stop the spread of the Covid-19 pandemic caused by the novel coronavirus. (AFP Photo)
by Associated Press Apr 24, 2020 10:27 pm
RECOMMENDED

Hoekstra said the money would likely be in the form of guarantees and loans to the carrier that has seen most of its planes grounded since the virus began in March around the globe.

Earlier on Friday, the French government had announced a "historic" 7-billion-euro ($ 7.6-billion) aid package to rescue Air France, whose planes have been largely grounded by virus lockdowns around the world.

Airlines around the world are collapsing or seeking government bailouts, as the past several weeks of travel restrictions have upended their entire industry.

The deal reached Friday will include 3 billion euros in direct loans from the French state and a 4-billion-euro bank loan guaranteed by the state, Air France said in a statement.

Speaking on national television TF1, French Finance Minister Bruno Le Maire said the aid was necessary to "save our national airline." He said the government is not currently considering nationalizing Air France.

In exchange for the bailout, Le Maire said the government would set conditions of profitability and more environmentally sustainable, less polluting policies.

Air France-KLM Chief Executive Ben Smith hailed the "unparalleled vote of confidence" from the government, which is the airline's largest single shareholder.

The company would have run out of cash "in the very near future" without this help, he said. He promised the company would "rethink our model immediately" to stay competitive once virus confinement measures start allowing more air travel.