Afghanistan may see more Turkish business if stability is assured 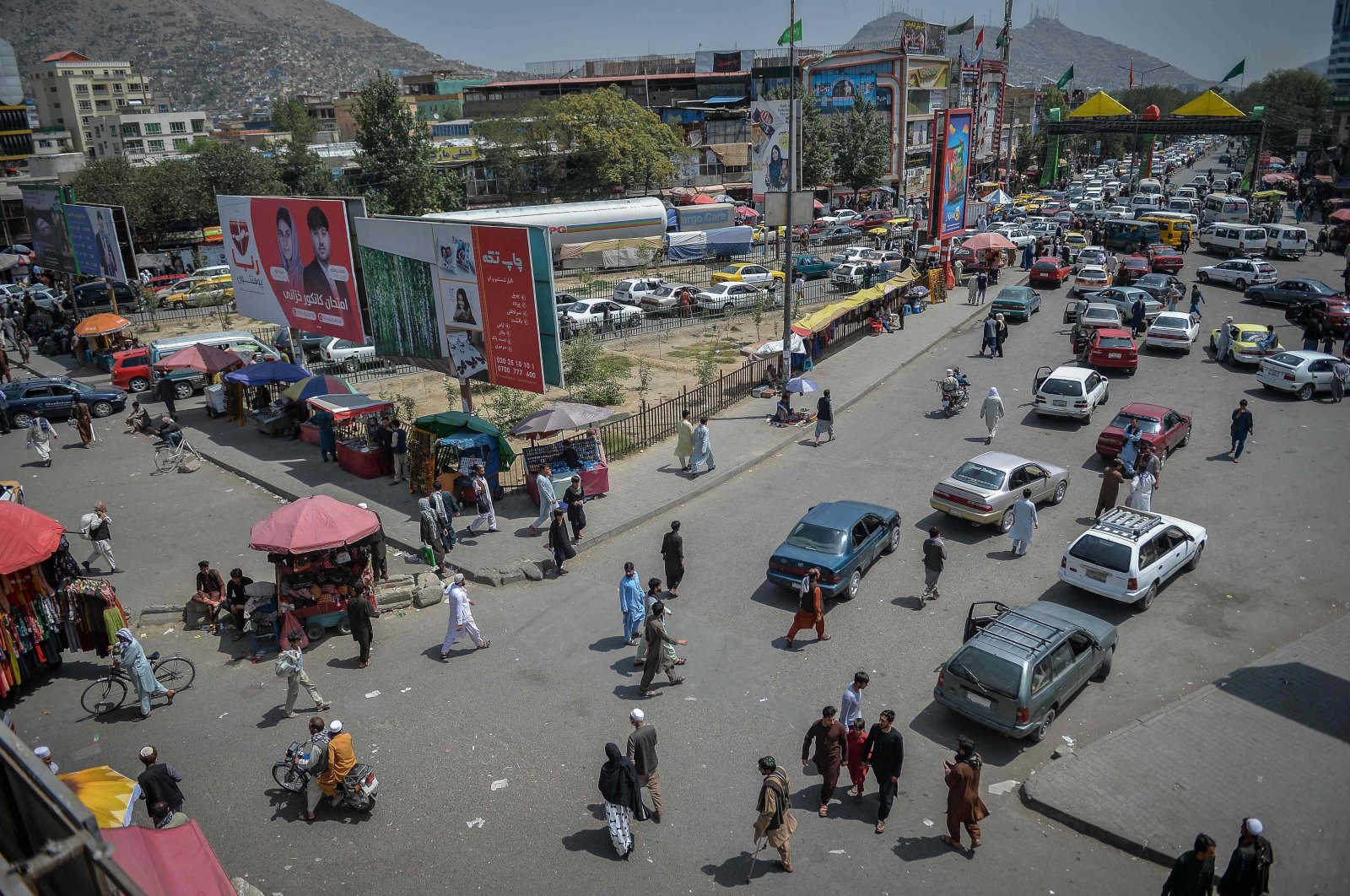 A general overview of a marketplace flocked with local Afghan people at the Kote Sangi area of Kabul after the Taliban seized control of the capital following the collapse of the Afghan government, Aug. 17, 2021. (AFP Photo)
by Barış Şimşek Aug 19, 2021 3:53 pm
RECOMMENDED

More Turkish businesspeople may arrive in Afghanistan if the situation improves following the Taliban’s takeover, a business official said Thursday,

The rapid ousting of the Western-backed Afghan government by the Taliban, who lost control of Afghanistan in the U.S.-led invasion two decades ago, prompted nationwide chaos with many Afghans trying to flee the country.

But Süleyman Ciliv, head of Turkey-Afghanistan Business Council at the Foreign Economic Relations Board (DEIK), suggested life in Afghanistan continued somewhat normally and that not everything consisted of a scramble like one at the Kabul airport.

Yet, there is silence on the roads and streets due to uncertainty, Ciliv noted.

A chairperson of construction company 77 Inşaat, Ciliv says he himself is in Afghanistan at the moment, where he runs a hydroelectric power plant.

“As Turkish investors, we believe that when the unrest between government forces and the Taliban is lowered, more successful businesspeople will come to the region,” he told the Turkish language Sabah daily.

Ciliv suggested that years of internal conflict and unrest did not allow for the trade volume between Turkey and Afghanistan to reach the desired level.

“Trade between the two countries followed a course of between $200 and $300 million over the recent year,” he noted.

None of the businesspeople wanted to come and invest in the region due to the conflict between the government forces and the Taliban, he added. “But now, if the necessary business environment is ensured and the conflicts end, we believe that a large number of successful Turkish businesspeople will come to the region.”

The end of clashes could eventually unlock the significant potential of the region, which Ciliv says could be an important opportunity for the Turkish businesspeople.

“There is a serious potential especially in terms of construction volume, and our competence in this regard is known all over the world. For this reason, our construction companies could have access to a large market here,” he noted.

Among others, Ciliv suggested transport conditions prevent many goods from being sold to Afghanistan. “Pakistan is a country that sells much to Afghanistan. Other than that, Iranian and Chinese goods are also predominant in the country.”

In the event that the situation stabilizes, Ciliv said he hopes Afghan businesspeople and Turkish investors could invest in the region and build factories.

“There are many successful businesspeople in Turkey. I believe it will be beneficial for both sides if they co-invest with the Afghans,” he noted.