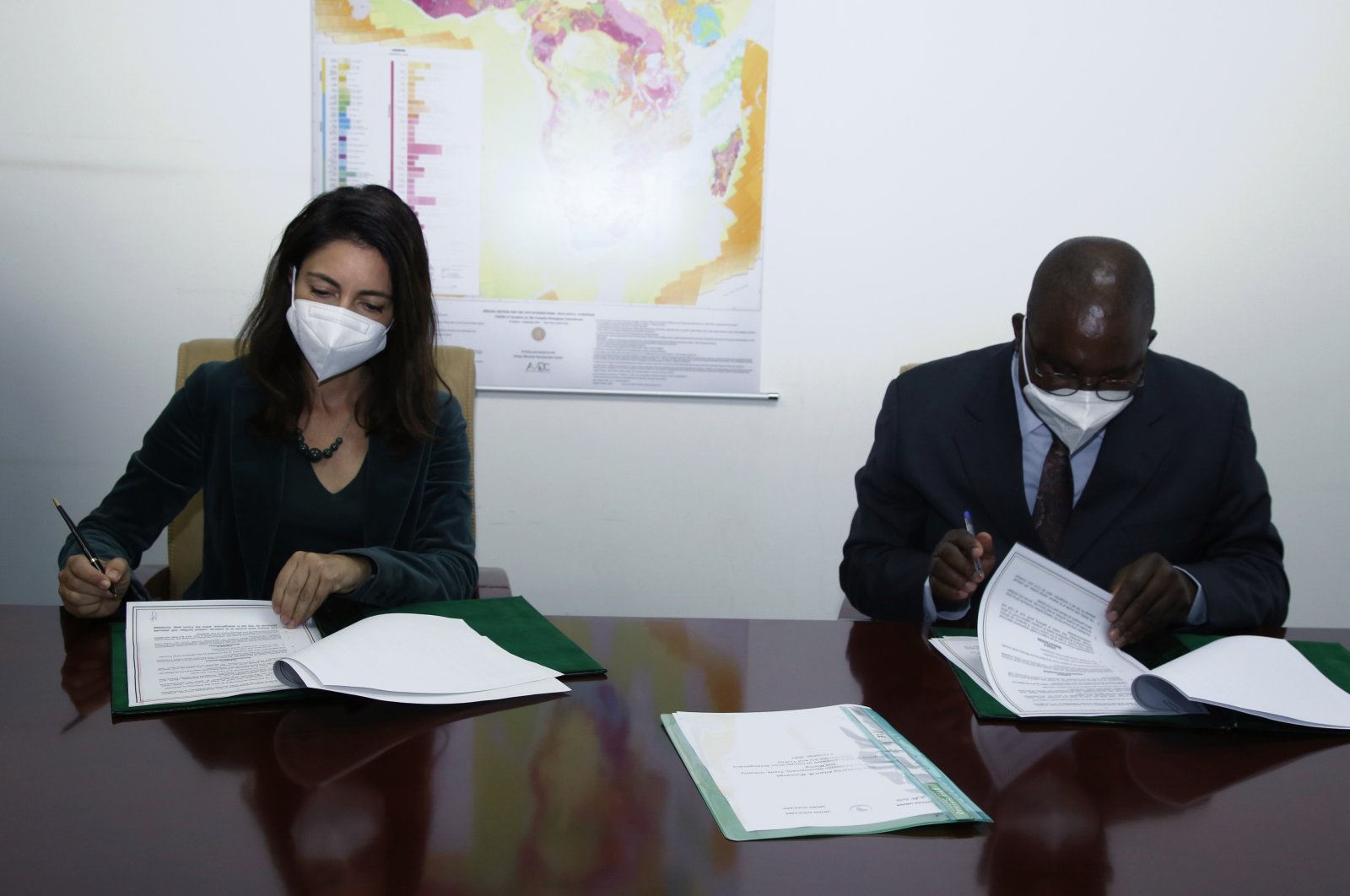 The upcoming Africa-Turkey Economic and Business Forum in Istanbul will boost trade and investment between Ethiopia and Turkey, Ankara's Ambassador to Ethiopia and the African Union (AU) Yaprak Alp said on Tuesday.

Alp made the remarks during the signing of a framework agreement between Turkey and the AU to organize and manage the third Turkey-Africa Economic and Business Forum on Oct. 21-22.

The agreement was signed by Alp and the AU's Commissioner for Economic Development Trade, Industry and Mining Albert Muchanga.

The forum has been organized since 2016 and this year's meeting will be held under the theme "Deepening Turkey-Africa Partnership: Trade, Investment, and Technology & Logistics."

During the signing of the agreement at the AU's headquarters in the Ethiopian capital of Addis Ababa, Alp told Anadolu Agency (AA) that Turkey maintains a variety of long-standing relations with Africa.

"But the issue of economy and trade is the most important part of our relationship with Africa," she said, adding that the meeting will be a huge gathering of more than 30 African ministers and businesspeople from the continent and Turkey.

"The forum which has been taking place since 2016, made business-to-business and government-to-business engagements and has contributed to an increased flow of investment and business between Turkey and Africa."

"The forum is a cooperation between Africa and Turkey and it is government-driven," he said. "But it is to be very inclusive. We will bring civil society and business people, ministers from Africa and the AU will also participate.''

He added that the goal of the meeting is to "promote and increase trade and investment between Africa and Turkey and the forum which begun in 2016 and contributed to the growth of trade between the two sides."

Shedding its one-dimensional approach to foreign policy that it followed for decades, which was shaped by its relations with the West, Turkey has shifted direction and pursued a more diversified, multidimensional and independent foreign policy since the end of the Cold War. Turkey has opened up to Africa, stemming from an action plan adopted in 1998 that took shape in 2005, which Ankara had declared the "Year of Africa." Turkey was accorded observer status by the AU the same year.

In a reciprocal move, the AU declared Turkey its strategic partner in 2008, and relations between Africa and Turkey gained momentum when the first Turkey-Africa Partnership Summit was held in the commercial capital Istanbul with the participation of representatives from 50 African countries that year.

In 2009, there were only 12 Turkish embassies in African countries, with five of them in North Africa. Now, there are 43. Turkish Airlines has flights to 60 different destinations in 39 countries on the continent while the Turkish International Cooperation and Development Agency (TIKA) has nearly 30 coordination centers. Turkey's Foreign Economic Relations Board (DEIK) has joint business councils with more than half of Africa's countries.