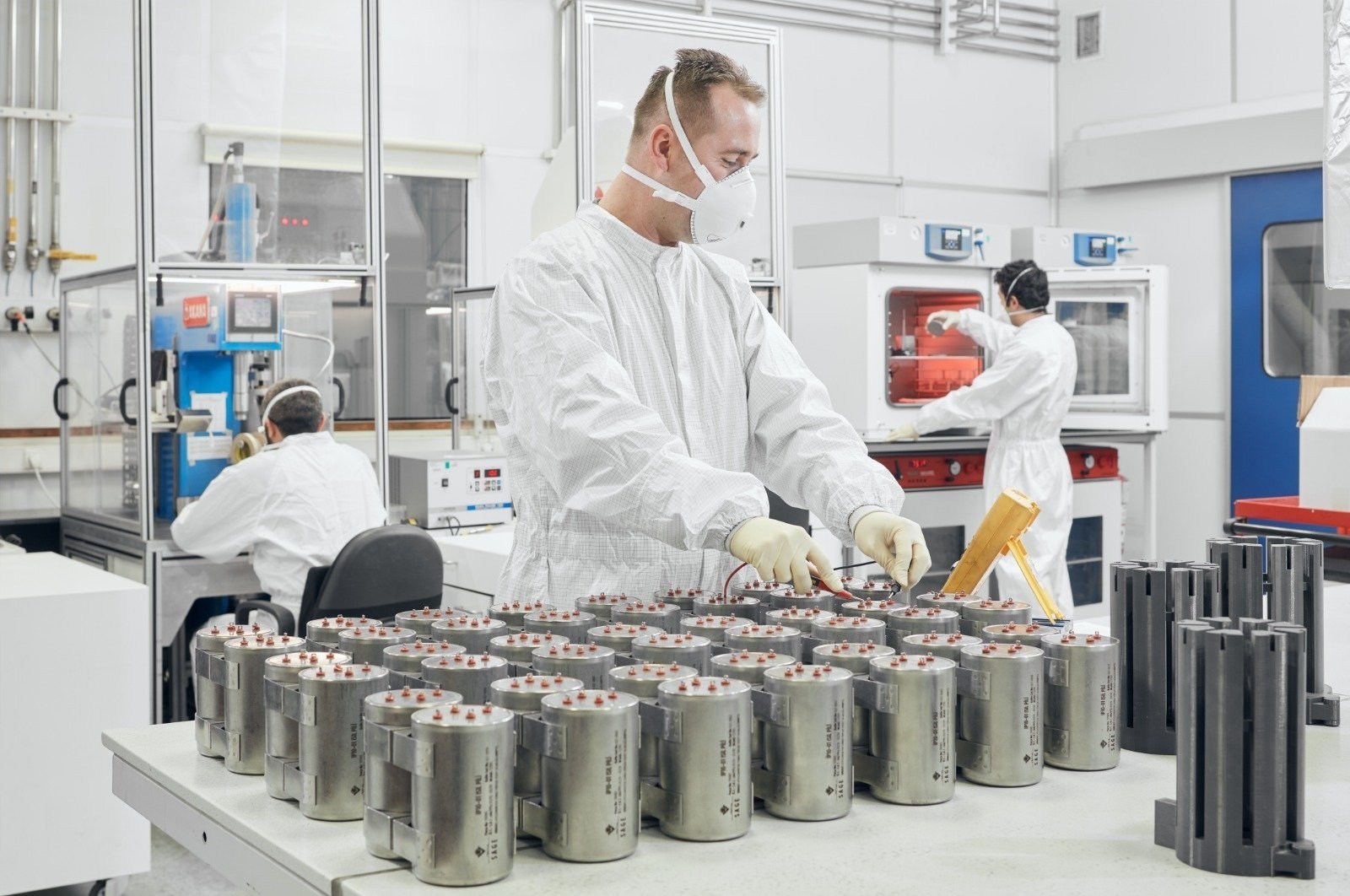 Turkey is set to further develop its production capabilities; especially in the fields of defense and aerospace, pharmaceutical and medical equipment, automotive, rail systems, machinery, white goods, electrical-electronics, chemistry and food sectors; Industry and Technology Minister Mustafa Varank said Monday, stressing that the ministry has mobilized all the resources needed to make the country a global production and technology base.

Varank was speaking during the Industry and Technology Ministry’s 2021 budget presentation at Parliament's Plan and Budget Committee.

Commenting on the recent development in the defense industry, the minister said that the Scientific and Technological Research Council of Turkey (TÜBITAK) has opened seven critical infrastructures in the fields of motor technologies, energetic materials, biomaterials-biomechanics-bioelectronics, high-temperature materials, photovoltaic and defense technologies.

He said the tests of the Precision Guidance Kit (HGK-83) have been completed on F-4 and F-16 aircraft. The kit was developed by the TÜBİTAK Defense Industries Research and Development Institute (SAGE).

“The precision guidance kits are now ready to be used operationally in these aircraft,” Varank said, adding that the domestically developed concrete-piercing aircraft ammunition with warhead technology has also yielded positive results during tests conducted in the national infrastructure.

The minister added that the on-pane certification tests were also initiated for Bozdoğan and Gökdoğan air-to-air missiles.

Turkey's Kaşif, the first domestic and national GPS receiver, was integrated into the guidance kits, and its high sensitivity in the field was verified with the firing test,” he said.

Stating that they produced the first prototype of the national processor Çakıl, had successfully operated it and that it would be used in defense giant ASELSAN's products, Varank said that the National Smart Card Operating System developed by TÜBITAK BILGEM was used in the 59 million chip ID cards.

Varank stated that they delivered the vehicle-mounted high-powered Laser Weapon System to the Turkish Armed Forces (TSK) and that the acceptance tests have begun for the national warfare management system for submarines.

Varank said railways and marine vehicles, engines and subsystems were developed and tested with domestic manufacturers at the Institute of Rail Transport Technologies, which was established in partnership with TÜBITAK and Turkish State Railways (TCDD).

"We are developing a national diesel engine with 1,200 horsepower to be used in domestic locomotives in cooperation with the Turkey Rail System Utilities Industry Company (TÜRASAŞ),” he added.

Talking about Turkey's road map set by the National Space Program, Varank stressed that the program, which will soon be shared with the public, includes concrete and ambitious projects from satellites to launch systems, access to space and infrastructures.

“By creating an ecosystem similar to that in the defense industry, in the space industry, hundreds of companies become producers in this field,” he added.