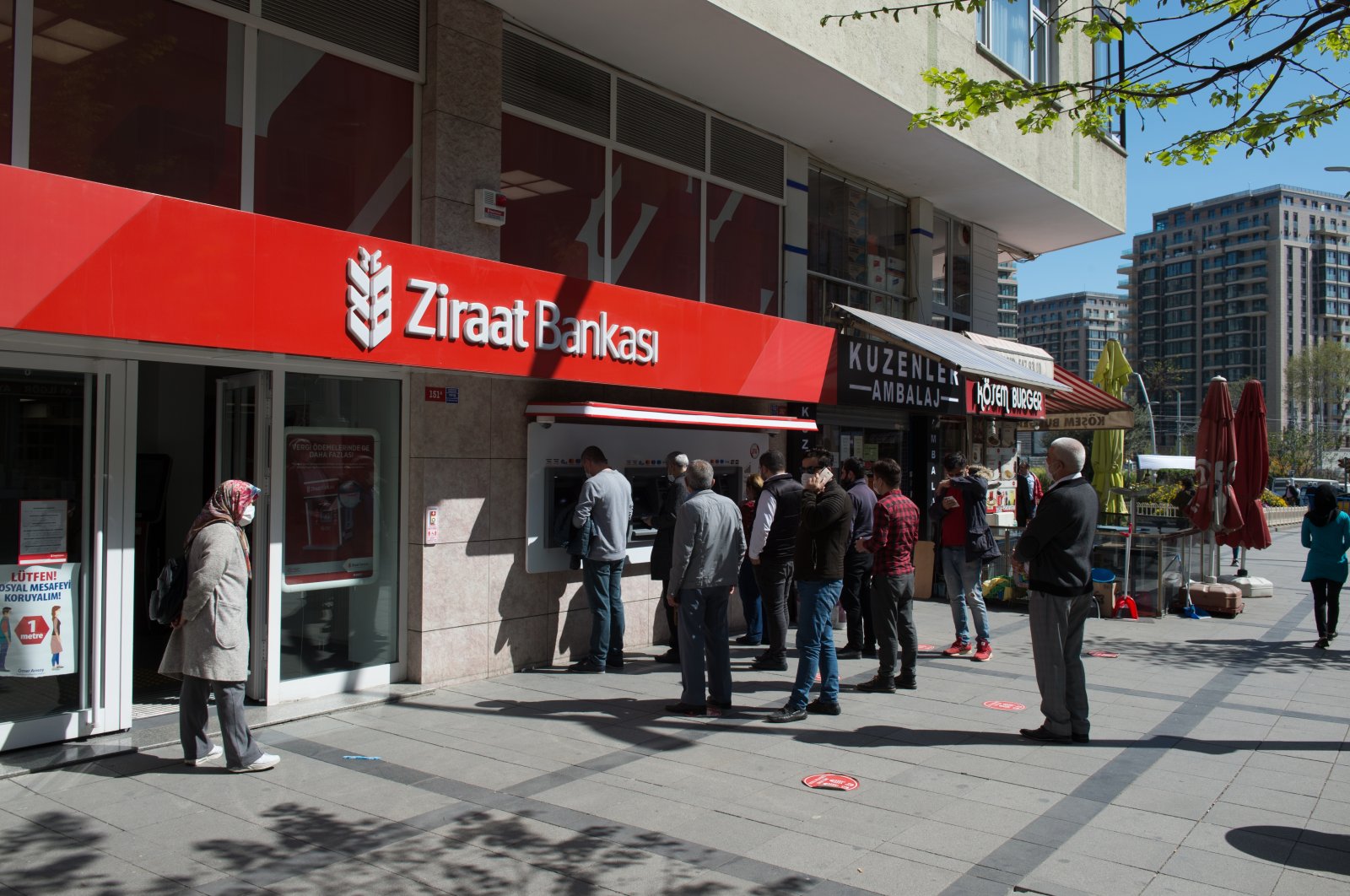 The Turkish central bank chief’s recent promises to go all in to lower inflation and gradually build reserves have been lauded by analysts, most of whom again turned their attention toward this week’s interest rate meeting.

Newly appointed Central Bank of the Republic of Turkey (CBRT) Governor Naci Ağbal earned the sympathy of many after his comments during last week’s video conference on the monetary policy plan for 2021.

Ağbal, who took office in early November, promised that Turkey stands ready to tighten monetary policy in the new year when warranted by price developments and is prepared to hike interest rates more if necessary to bring down inflation.

The governor already hiked borrowing costs at his first Monetary Policy Committee (MPC) meeting last month and simplified the bank’s monetary policy by saying that all funding will be provided through the main policy rate, the one-week repo rate.

The bank aggressively raised its key policy rate to 15% from 10.25% in the November meeting. But inflation jumped to higher-than-expected 14.03% in the month, putting pressure on the bank to tighten again as soon as this week.

Thursday’s meeting will also be the last of the 12 MPC meetings for 2020.

The CBRT's reiteration that the bank is committed to a more orthodox monetary policy regime that targets inflation with a transparent approach has given the green light for the lira to continue its recovery, according to Simon Harvey, FX analyst at Monex Europe.

“However, talk can be cheap and while the CBRT has highlighted that it will continue to keep monetary policy tight, the proof will be in the pudding with this week’s rate announcement,” Harvey told Daily Sabah.

Essentially, according to Piotr Matys, emerging markets FX strategist at Rabobank, even before Ağbal's hawkish latest remarks, “one could make a valid case for a rate hike on Dec. 24.”

“The difference is that more market participants may now expect the CBRT to act, which puts Ağbal into a difficult position. If the market starts pricing in a hike and he fails to deliver, this could undermine still fragile sentiment toward the lira,” Matys told Daily Sabah.

According to surveys, most economists expect a rate hike of around 150 basis points this week.

In a note, ING said given the bank’s change in direction and the tone of Ağbal’s latest remarks, it expects a 150 basis point hike to 16.5% at the December rate-setting meeting.

The median estimate in a Reuters poll of 18 economists was also for the bank to hike its one-week repo rate to 16.50% from 15%. The estimates ranged between hikes of 75 basis points and 200 basis points.

A survey by Anadolu Agency (AA) also predicts the same hike. Forecasts by the 21 economists surveyed ranged between a 75 base point and a 200 base point increase.

“We think that the monetary policy rate should be around that level next year and depending on the external environment more tightening could be needed. This should maintain the real interest rate to curb inflation expectations,” Vidal told Daily Sabah.

The CBRT governor last week acknowledged that the lira’s 25% drop this year has kept inflation well above the bank’s target range of around 5%.

“First, it maintains the anti-inflationary narrative that has been more clear guidance since the new governor took the position. Second, it clearly enhances the communication policy, which will be very useful to guide the markets,” Vidal noted.

“The language is more direct and all of the questions including some difficult ones have been addressed,” he said.

The fact that the CBRT is committed to maintaining its tight monetary policy stance and sticking to its forecasts by the latest inflation report should be welcomed Vidal said, adding: “It is a recognition and commitment to a more credible but challenging target next year (below two digits will not be easy and will require tight monetary policy).”

“Another important issue is the clarification about the normalization of policy,” he added.

“Their main tool will be the one-week repo and the corridor and the late liquidity window will be used only for temporary liquidity tensions but not as monetary policy tools,” Vidal said, adding that this would help in terms of predictability.

In addition, Ağbal also said the bank will share a detailed plan for rebuilding the foreign-currency (FX) reserves next year.

“We aim to strengthen foreign currency reserves gradually,” he said, predicting that rediscount credit returns should add $21 billion (TL 160.12 billion) in 2021. The bank will offer a transparent plan that does not interfere with the free floating lira," he said.

The comments by the governor were very constructive from a market point of view, Monex Europe’s Harvey said, “especially when referencing the bank’s commitment to build FX reserves and step away from FX intervention.”

For his part, Vidal claimed regaining international reserves would be a long-term issue.

“The government maintained an important focus on de-dollarization, maintaining that the main tool to correct is the anti-inflationary policy to reduce the risk premium and increase the attractiveness of Turkish financial assets,” he stressed.

“In sum, this is a long term run and the best way to achieve it is to regain trust,” Vidal added.

He further pointed out that communication and transparency would be enhanced with increasing speeches and reinforcements of the inflation report.

“This is very important as they will have inter meeting spaces to manage market expectations and explain temporary deviations from targets or changes in the monetary policy due to unexpected shocks. They should use the inflation report more actively to explain deviations from targets and the tools available to correct,” Vidal suggested.

In sum, he said, the narrative has improved notably and both economists and journalists have recognized the change.

“However, this is a long run strategy, the CBRT should concentrate now on doing their job. It is a matter of perseverance and delivery ... A kind of 'just do it' policy. If they persist, results will start to pay off very soon,” Vidal said.

Driven by fiscal stimulus and the lifting of virus-related lockdowns, Turkey’s gross domestic product (GDP) grew 6.7% year-on-year in the third quarter, after contracting by 9.9% in the previous three months when lockdowns were imposed to curb the initial coronavirus wave.

Despite the restrictions the country recently reimposed to curb the spike in infections, the government expects to end 2020 with positive economic growth.

“According to our big data model, the economy is adjusting fast from very high levels due to the impact of restrictions in services consumption and some moderation in construction investment over the weekends,” said Vidal.

Despite a recent deceleration in the activity, he suggested the economy would outperform most of the G-20 countries this year, saying the growth could be positive by near 1% in 2020.

Vidal noted the expectations for a more balanced growth path in 2021 due to the necessary policy tightening to correct the high inflation.

“We expect growth to be near 5% next year,” he said, but stressed: “What is important is not to be obsessed with growth but with balanced growth if, finally, we have near 4%; but if this contributes to achieving the inflation target, the result will be even more remarkable.”