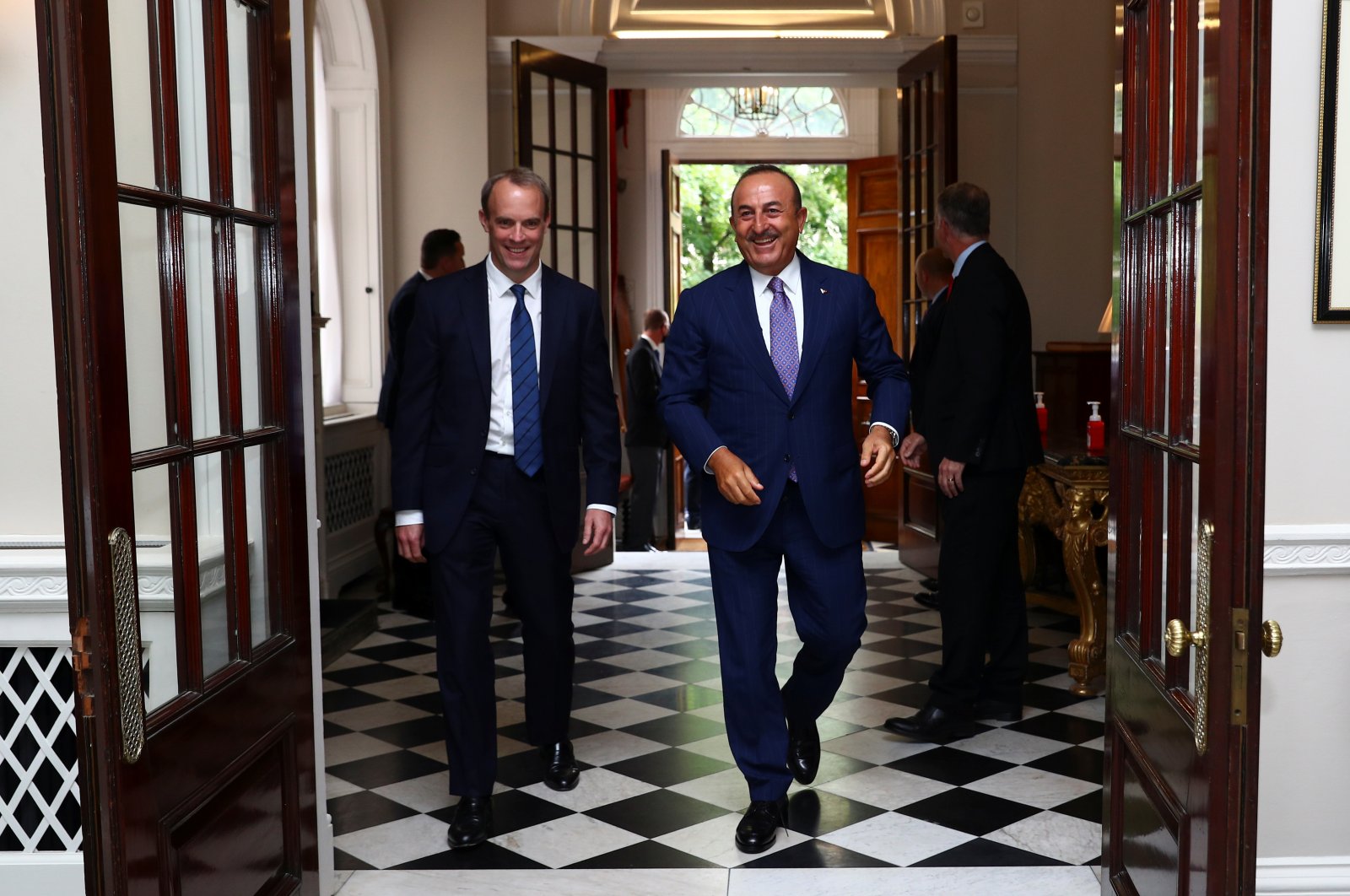 Turkey and the U.K. are "very close" to signing a free trade agreement for the post-Brexit era, according to Turkish Foreign Minister Mevlüt Çavuşoğlu.

An article on the Financial Times Friday quoted Çavuşoğlu as saying negotiations between the two countries on a trade deal, covering manufactured goods, agriculture and services, were "going very well and we are close to finalizing it."

"If you look at the volume of our bilateral trade, 95% of it is industrial products ... and 5% is agriculture and services," the minister said.

The daily underlined that the U.K. is Turkey's second-largest trading partner after Germany, with a trade volume of 18.8 billion pounds ($23.7 billion). More than 2,500 British companies operate in Turkey, including BP, Shell, Vodafone, Unilever, BAE Systems, HSBC, Aviva and Diageo.

Ankara and London have been holding talks on the trade deal, which accelerated after the U.K. formally left the European Union on Jan. 31, 2020, after 47 years of membership and more than three years after Britons voted to leave in a referendum.

The U.K. has until the end of 2020 – a transition period during which it will remain an EU member in all but name – to hammer out a new trade deal with the EU. Any Turkey-U.K. free trade deal would only be able to take place following an EU-U.K. free trade deal, as Turkey is a member of the EU customs union.

The trade deal between the U.K. and has yet to be finalized, as the latest round of talks went ahead this week in London.

The FT article reported that if the two sides were unable to secure a deal by the year-end, Ankara could face a dilemma over whether to push ahead with the agreement with Britain and risk breaching EU rules.

Çavuşoğlu apparently acknowledged that this would be a "bizarre situation," adding that the U.K. was a "strategic ally."

"We agreed already with the U.K. that in the post-Brexit era we will increase our bilateral trade; in volume, we set a $20 billion (bilateral trade) target," Çavuşoğlu said.

The U.K.’s Secretary of State of International Trade and Minister for Women and Equalities Liz Truss also recently said progress was made in the ongoing talks on the trade deal.

Truss and Trade Minister Ranil Jayawardena are said to meet their Turkish counterparts next week for talks.

Çavuşoğlu said Ankara is hoping to negotiate a separate immigration deal that would grant Turks special status when the U.K. implements new migration rules, according to the report.

"We have been negotiating two separate agreements, one is the FTA (free trade agreement), one is similar to the Ankara Agreement," said Çavuşoğlu, referring to a visa scheme pact for Turkish businesspeople predating Britain joining the EU.

On Wednesday, Çavuşoğlu said during the meeting with Raab and Johnson that they spoke on relations in the post-pandemic era, a bilateral post-Brexit free trade agreement, cooperation in tourism, health tourism and the defense industry, as well as other international and regional issues, including Libya, Syria and NATO.

He stressed in a briefing with Turkish reporters that Turkey and the U.K. would cooperate in many fields after Brexit, adding that "even if the U.K. departs from the EU, it will continue to be one of the most important parts of the European continent."

Çavuşoğlu said along with the bilateral trade pact, they also took up the future of the Ankara Agreement to prevent Turkish citizens from getting caught in any possible Brexit fallout.