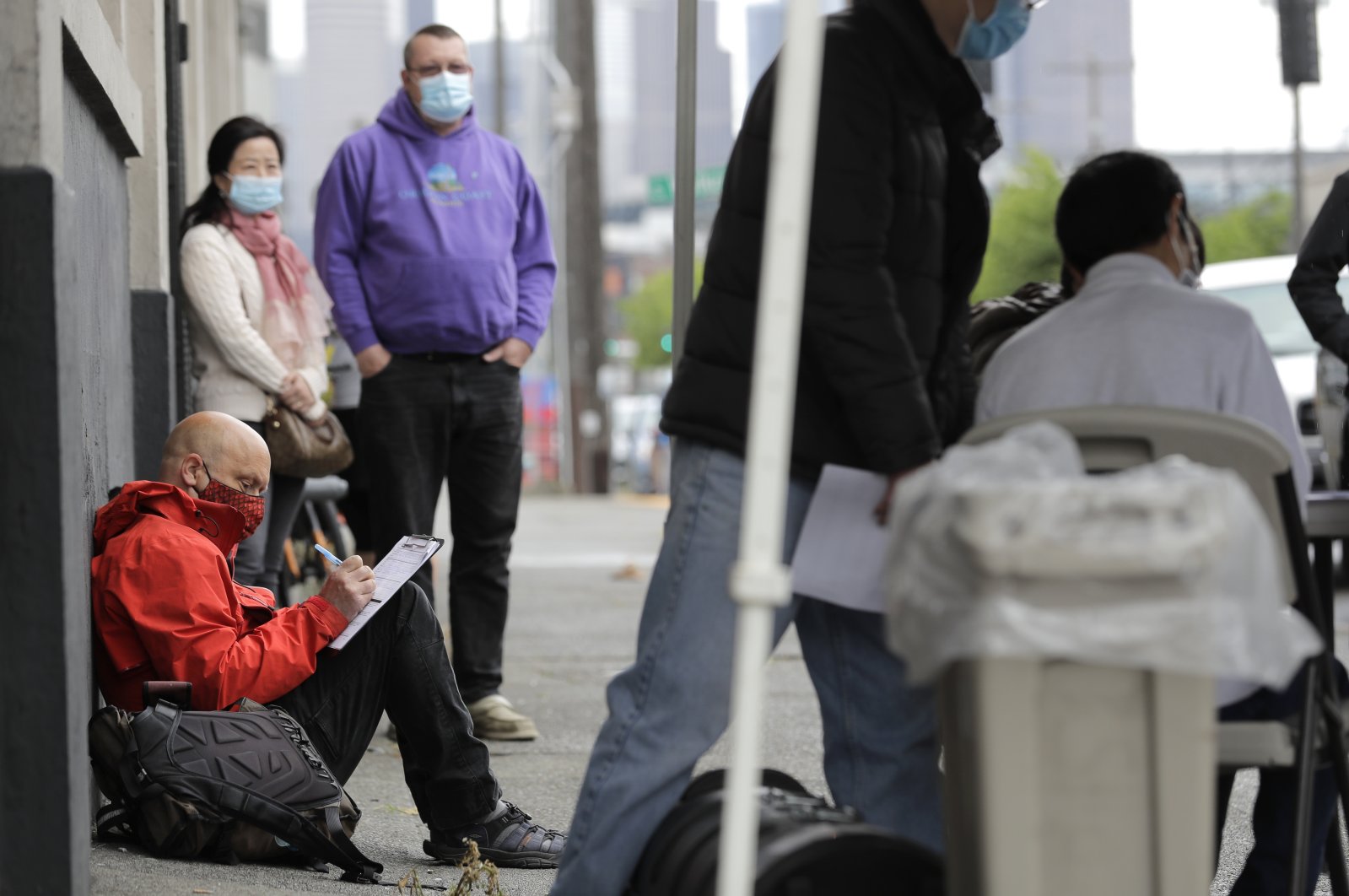 Just over 1 million Americans applied for unemployment benefits last week, a sign that the coronavirus outbreak continues to threaten jobs even as the housing market, auto sales and other segments of the economy rebound from a springtime collapse.

The Labor Department reported Thursday that the number of people seeking jobless aid last week dropped by 98,000 from 1.1 million the week prior.

The number of initial claims has exceeded 1 million every week but one since late March, an unprecedented streak. Before the coronavirus pandemic, they had never topped 700,000 in a week.

Farooqi added that “the risk of permanent damage to the labor market remains high which will slow the pace of recovery. The return to pre-pandemic levels of prosperity is set to be an uncertain and prolonged process.’’

More than 14.5 million are collecting traditional jobless benefits – up from 1.7 million a year ago – a sign that many American families are depending on unemployment checks to keep them afloat.

Until July 31, the unemployed were receiving an extra $600 a week in federal money on top of regular state unemployment benefits, part of an extraordinary lifeline extended to help them through the crisis. The loss of that money is putting the squeeze on many families.

“My income is basically cut in half,’’ said Taylor Love, 34, an unemployed massage therapist in Austin, Texas. “Paying our mortgage is going to be a struggle. We’re going to have to dip into what little savings we have.’’

After passing a massive financial rescue package in March, congressional Republicans and Democrats have been unable to agree on more aid. President Donald Trump signed an executive order Aug. 8 offering a stripped-down version of the expanded unemployment benefits.

At least 39 states have accepted or said that they would apply for federal grants that let them increase weekly benefits by $300 or $400.

Last week, nearly 608,000 people applied for jobless aid under a new program that extends eligibility for the first time to self-employed and gig workers, up from 525,000 the previous week. That figure is not adjusted for seasonal trends, so it is reported separately.

Altogether, the Labor Department said that 27 million people are receiving some form of unemployment benefits, though the figure may be inflated by double-counting by states.

The pandemic has had a devastating impact on the American economy. Businesses closed, and Americans stayed home to avoid infection. Economic activity plummeted.

Separately, the Commerce Department Thursday downgraded its earlier estimate of the U.S. gross domestic product (GDP) last quarter, finding that the devastation was slightly less than the 32.9% annualized contraction it had estimated at the end of July.

The previous worst quarterly drop since record-keeping began in 1947 was a 10% annualized loss in 1958.

Last quarter, businesses shuttered and millions of workers lost jobs as the world's largest economy went into lockdown mode in what succeeded only fitfully in limiting the spread of reported viral infections.

A bounce-back in hiring as many businesses reopened suggested that the economy began to recover in June with third-quarter growth estimated to be around 20% annualized. But economists say a full recovery remains far off given that the virus has yet to be contained and the government’s financial support has faded.

Unemployment is still high at 10.2%. Consumer confidence has tumbled. Though the stock market and home sales are surging, the broader economy shows signs of stalling, and millions face potential evictions from their homes.

A summertime resurgence of cases in the South and West forced many businesses to close again in July. The data firm Womply reports that business closures have mostly stabilized in the past four weeks. Still, 70% of Texas bars and 71% of California's health and beauty shops were closed as of mid-August, Womply found.

Economists also worry that without additional government help the economy’s recovery will fade. “I really want Congress to come up with a benefits package,’’ said Jacob Hanson, an unemployed temp worker in Seattle. “Everyone needs a hand right now. The situation is pretty ridiculous.’’