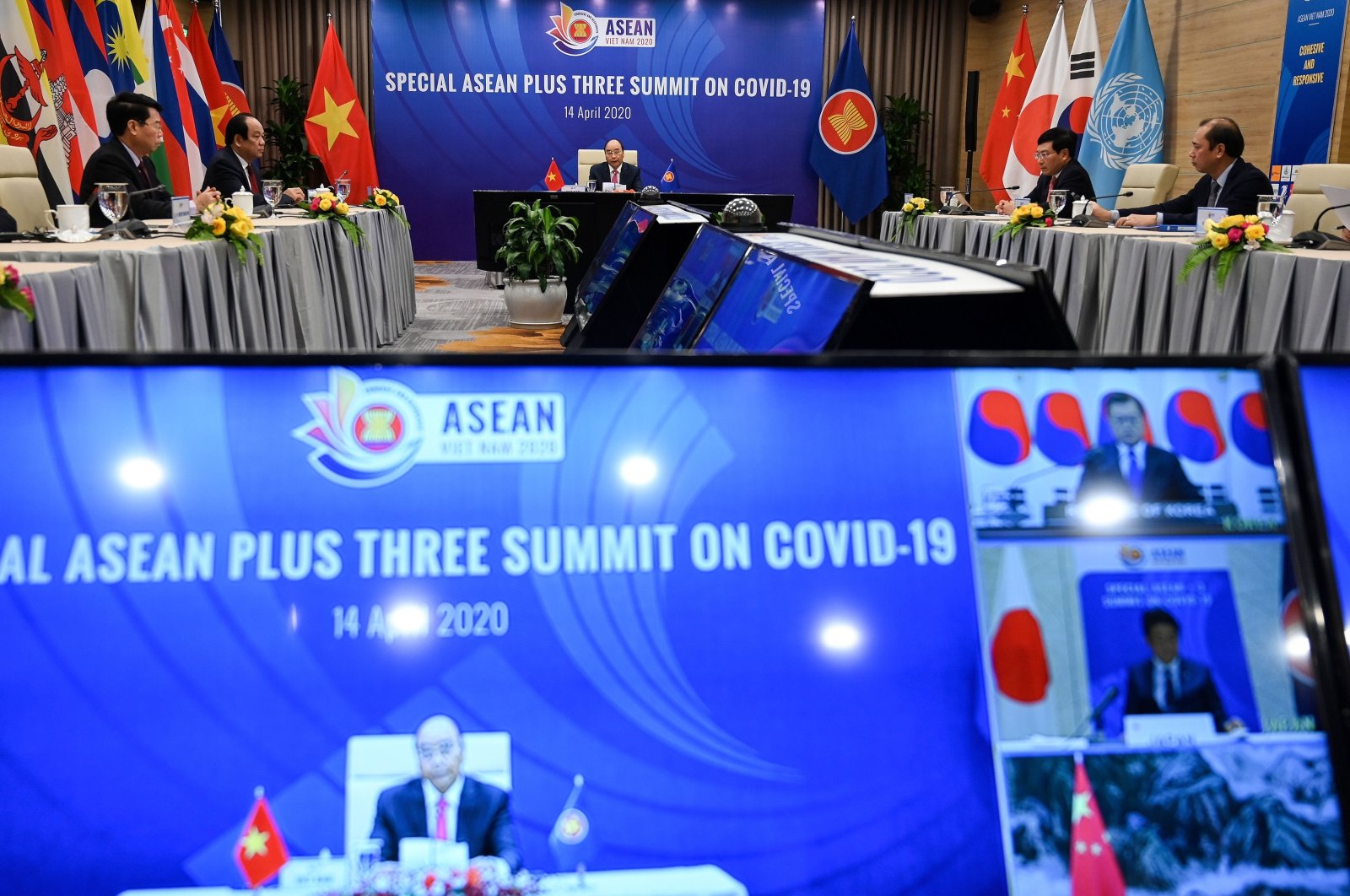 Southeast Asian leaders pledged to keep trade routes open to protect food supplies and stockpile medical equipment at a summit held online Tuesday, as they warned of the crippling economic cost of the coronavirus.

Led by Vietnam – which chaired the Association of Southeast Asian Nations (ASEAN) meeting – leaders agreed to share resources and fight to limit further damage to the region's tourism and export-reliant economies, already ravaged by COVID-19.

But an emergency fund proposed by Hanoi to tackle the pandemic did not appear to have been given the go-ahead.

In a joint declaration, leaders committed "to keeping ASEAN's markets open for trade and investment ... with a view to ensuring food security."

They also pledged to cooperate to ensure adequate supplies of personal protective equipment and diagnostic tools, as well as using "reserve warehouses to support the needs of ASEAN member states in public health emergencies."

China later said it planned to set up a special fund to help ASEAN countries combat the pandemic but declined to say how much money will be allocated.

"We welcome the AIIB's proposal of a COVID-19 Recovery Facility with an initial capitalization of 5 billion U.S. dollars," Li said, according to state media.

In opening remarks via video conference, Vietnam premier Nguyen Xuan Phuc hailed the work of ASEAN in fighting the virus.

But he warned the disease "has badly impacted people's lives, their socioeconomic situation ... challenging stability and social security."

Vietnam has had some success in containing the virus through extensive quarantines and social distancing.

It has recorded 265 infections and no deaths, while Thailand has also kept its numbers relatively low with just over 2,500 cases and 40 deaths.

The situation is mixed elsewhere across the region, with fears that limited testing in Indonesia has played out into the low caseload – and under 400 deaths – for the country of 260 million.

Similarly, threadbare health systems from Myanmar to Laos are widely believed to be missing the true scale of infections.

A recent surge in cases in Singapore has raised fears the pandemic could rebound in places that had batted back the initial outbreak.

Vietnam used the 10-member summit to propose funding to deal with the pandemic, an idea backed by both Malaysia and the Philippines.

The whole region has been hit hard by the virus.

In Vietnam many factories are still running, but in a sign of the ongoing risks, dozens of workers at a Samsung unit in the north were ordered into quarantine after one tested positive for the virus.

The Thai economy, the second-largest in ASEAN, is expected to shrink by 5.3% this year – a 22-year low – with millions left jobless in the politically febrile kingdom.