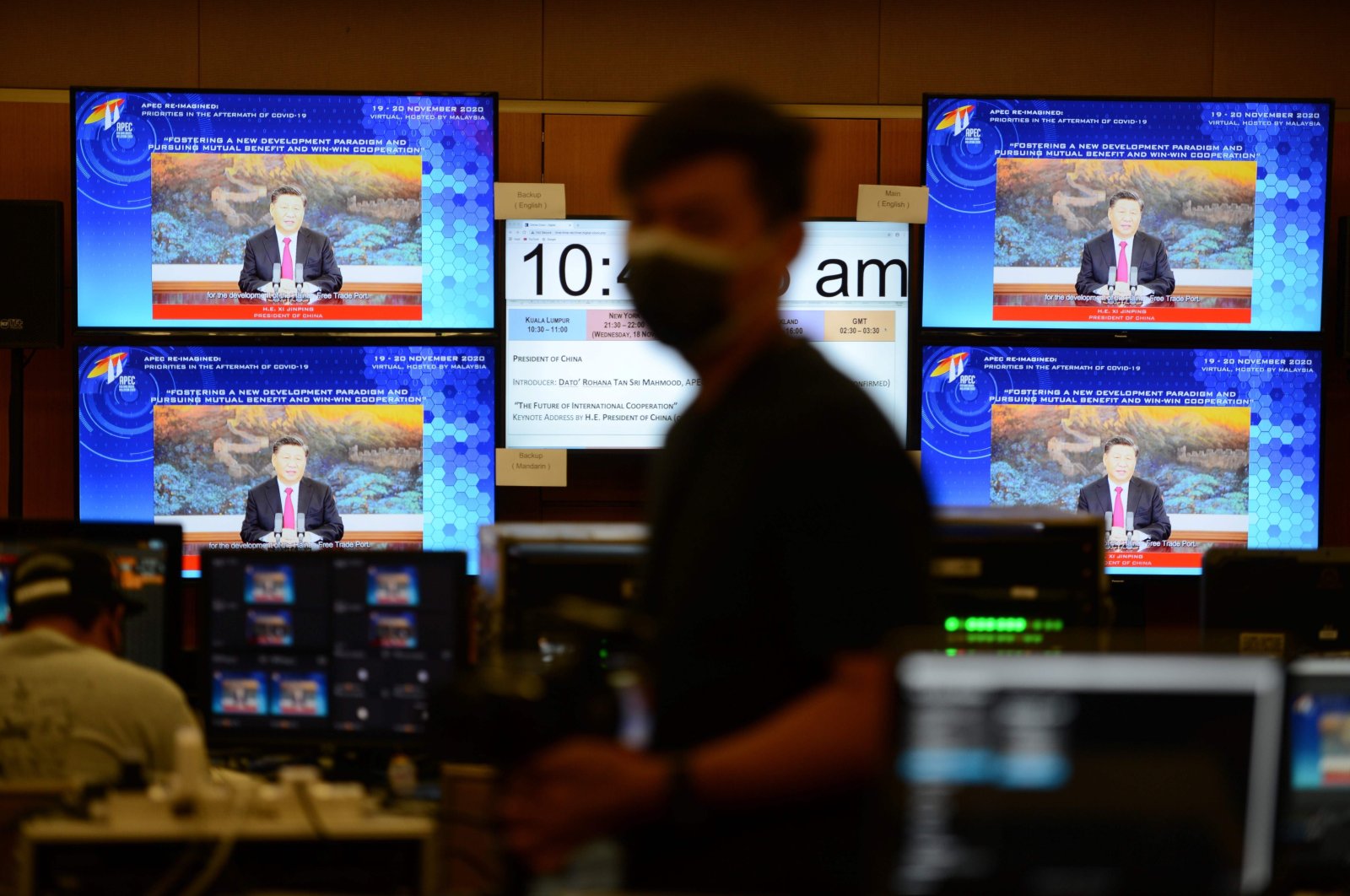 Asia-Pacific leaders called on Thursday for open and multilateral trade to support a global economy battered by the coronavirus, and some hoped for more engagement with the United States under a Joe Biden administration.

Chinese President Xi Jinping, among the leaders at a virtual meeting of the 21-member Asia-Pacific Economic Cooperation (APEC) forum, rejected protectionism and said globalization was "irreversible," a day before U.S. President Donald Trump was expected to join in the gathering.

"We will not reverse course or run against the historical trend by 'decoupling' or forming a small circle to keep others out," Xi said at a forum ahead of the APEC leaders meeting to be held virtually in Kuala Lumpur on Friday.

"China will remain committed to openness and cooperation, and adhere to multilateralism and the principle of extensive consultation, joint contribution and shared benefits.”

Xi said "mounting unilateralism, protectionism and bullying as well as backlash against economic globalization" had added to risks and uncertainties in the world economy.

Trump has introduced protectionist trade policies since coming to power in 2017, including tariffs on billions of dollars worth of Chinese products that launched a trade war between the world's two largest economies.

The Chinese-initiated RCEP appeals to other developing countries because it reduces barriers to trade in farm goods, manufactured goods and components, which make up most of their exports. It says little about trade in services and access for companies to operate in each other’s economies, which the United States and other developed countries want.

The Trump administration has cut off Chinese tech giant Huawei’s access to most U.S. components and technology on security grounds. Washington has shut Huawei and a rival Chinese telecom equipment vendor, ZTE, out of the U.S. market. The White House is pressing the Chinese owner of video service TikTok to sell its U.S. operation, which American officials say is a security risk.

Xi promised to cut tariffs but gave no details, according to The Associated Press (AP).

“We will further reduce tariffs and institutional costs, cultivate a number of import trade promotion innovation demonstration zones, and expand imports of high-quality products and services from various countries,” he said.

The APEC leaders' meeting comes as economies are trying to recover from the impact of the coronavirus pandemic and days after Trump lost his bid for a second term.

Trump, who has yet to concede and begin a transfer of government to President-elect Biden, was due to represent the United States at the virtual summit on Friday, a U.S. official was cited as saying by Reuters. It will be the first time he has joined an APEC summit since 2017, the only time he has participated.

Biden has signaled a return to multilateralism pursued during Barack Obama's presidency, though questions remain over whether the new president would reverse Trump-era policies.

Leaders from Singapore and Malaysia also spoke at Thursday’s event, calling for a deeper commitment to open and free trade to bolster the region’s economy.

"Also, they have not been supportive of trade as a win-win proposition. The attitude of the Trump administration is that this is a win-lose proposition," Lee noted.

With Biden’s government seen as more supportive of multilateral trade, Lee voiced hope the new U.S. government will be more constructive in its dealings with other countries.

“Taking care of America’s interests does not mean having to ride roughshod over other countries’ interests,” Lee said.

"I think that they will be more supportive of the WTO (World Trade Organization), and of APEC. I am not sure that they will be more keen on throwing the doors wide open or joining the CPTPP because that depends on domestic politics too," he said, referring to the successor to the Trans-Pacific Partnership (TPP) trade pact.

Trump's "America First" approach saw the United States withdrawing from the TPP agreement in 2017. It has since changed its name to the Comprehensive and Progressive Agreement for Trans-Pacific Partnership (CPTPP).

The U.S. is also absent from the world's largest free-trade bloc, the RCEP.

At the last APEC meeting in 2018, the countries failed to agree on a joint communique, the first time in the bloc's history, as the United States and China stood at opposing ends of talks on trade and investments.

Malaysian Prime Minister Muhyiddin Yassin said APEC countries were working on a "post-2020" vision, and he stressed that free and multilateral trade was integral to economic recovery.

"This is essential for our businesses as market stability and predictability are the central pillars which ensure that trade and investment continue to flow, even during times of crisis," he said.