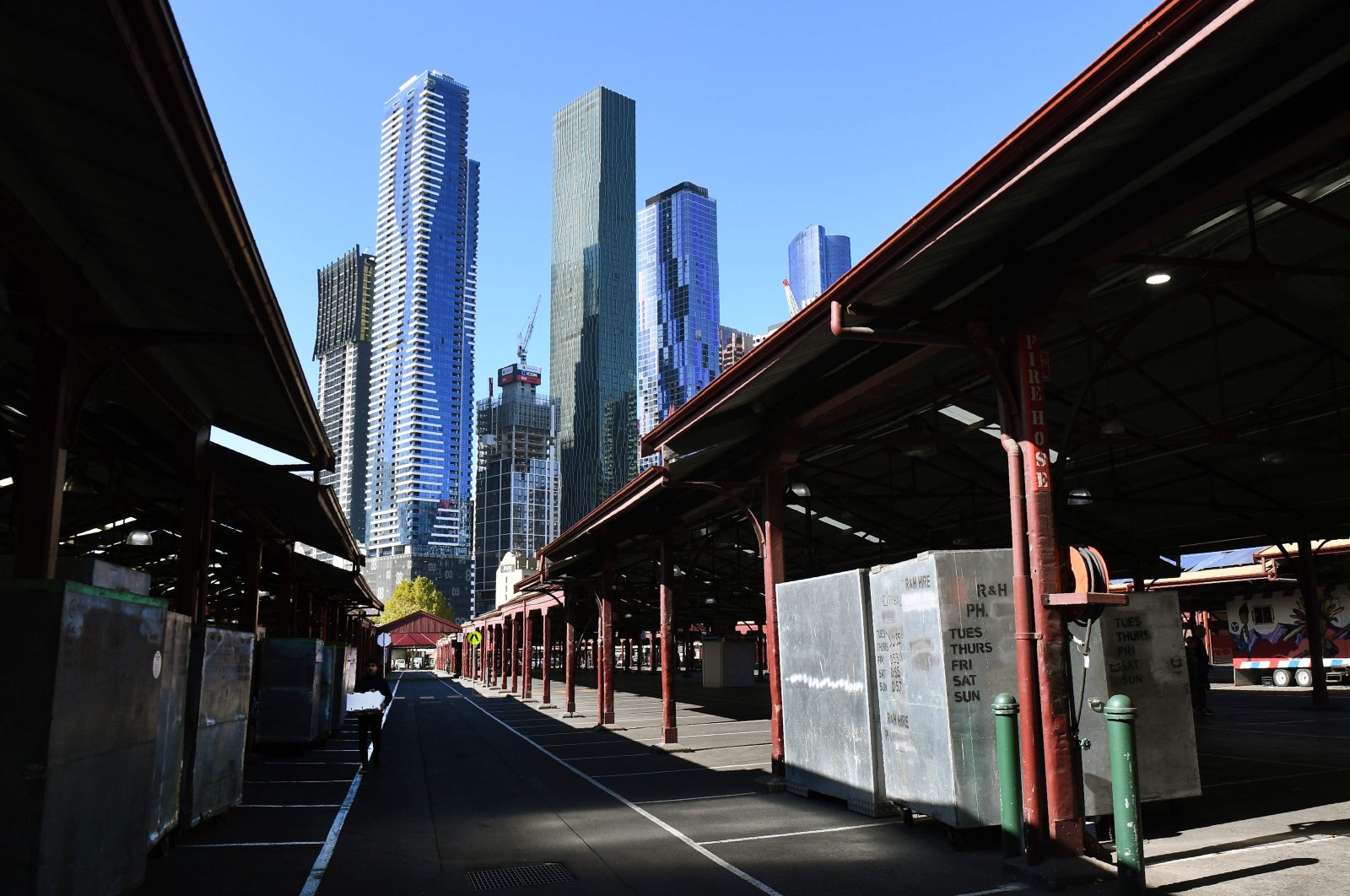 Australia's economy is losing 4 billion Australian dollars (US$2.5 billion) every week its virus shutdown continues, with gross domestic product (GDP) forecast to plunge 10% in the June quarter, according to figures announced Tuesday.

The country has enjoyed success in curbing the spread of COVID-19, with new daily cases slowing to single digits or zero across most regions.

But Treasurer Josh Frydenberg said measures to curb coronavirus were dealing a heavy blow to the economy, with GDP forecast to fall 10% in the June quarter.

"For every extra week that the current restrictions remain in place, the Treasury estimates that close to $4 billion will be reduced in economic activity, from a combination of ... reduced workforce participation, reduced productivity, and reduced consumption," he said.

The estimate came as the Australian Bureau of Statistics (ABS) reported a 7.5% drop in jobs – which it said was equivalent to about 700,000 workers out of an active workforce of some 13 million – in the five weeks to April 18.

A third of workers in the worst-affected hotel and hospitality industries lost their jobs, along with 27% of people in the arts and recreation sectors.

The Treasury has previously estimated the unemployment rate will double to 10% by the middle of the year because of the coronavirus shutdowns, leaving about 1.4 million people out of work.

The ABS also reported that 31% of households nationwide had seen their finances worsen.

Frydenberg said the figures showed Australia "must get people back into jobs, and we must get people back at work" but the country had only met 11 of the 15 health conditions for lifting restrictions – though work was ongoing to fast-track the remaining four.

Among those conditions is a greater take-up of the government's contact tracing app, COVIDSafe, which to date has been downloaded by almost 5 million smartphone users.

Australia has recorded more than 6,800 cases of COVID-19 and 96 deaths. Despite progress in some parts of the country, large clusters of cases have emerged at an abattoir in Melbourne and a Sydney care home.

Some Australian states and territories have begun gradually easing some restrictions, and Prime Minister Scott Morrison said he hoped to lay out a "roadmap" on Friday for a return to business.

"Let's not forget when we ease these restrictions you will see numbers increase in some areas, you will see outbreaks occur in other places, that is to be expected," he said Tuesday after a meeting with regional leaders from around Australia.

"What matters is how you deal with it, and how you respond to it."

Also on Tuesday, the Reserve Bank of Australia (RBA) kept the official cash rate on hold at 0.50% after slashing rates to the record low in March on virus fears.

"The Australian economy is going through a very difficult period and there is considerable uncertainty about the outlook," RBA Governor Philip Lowe said.