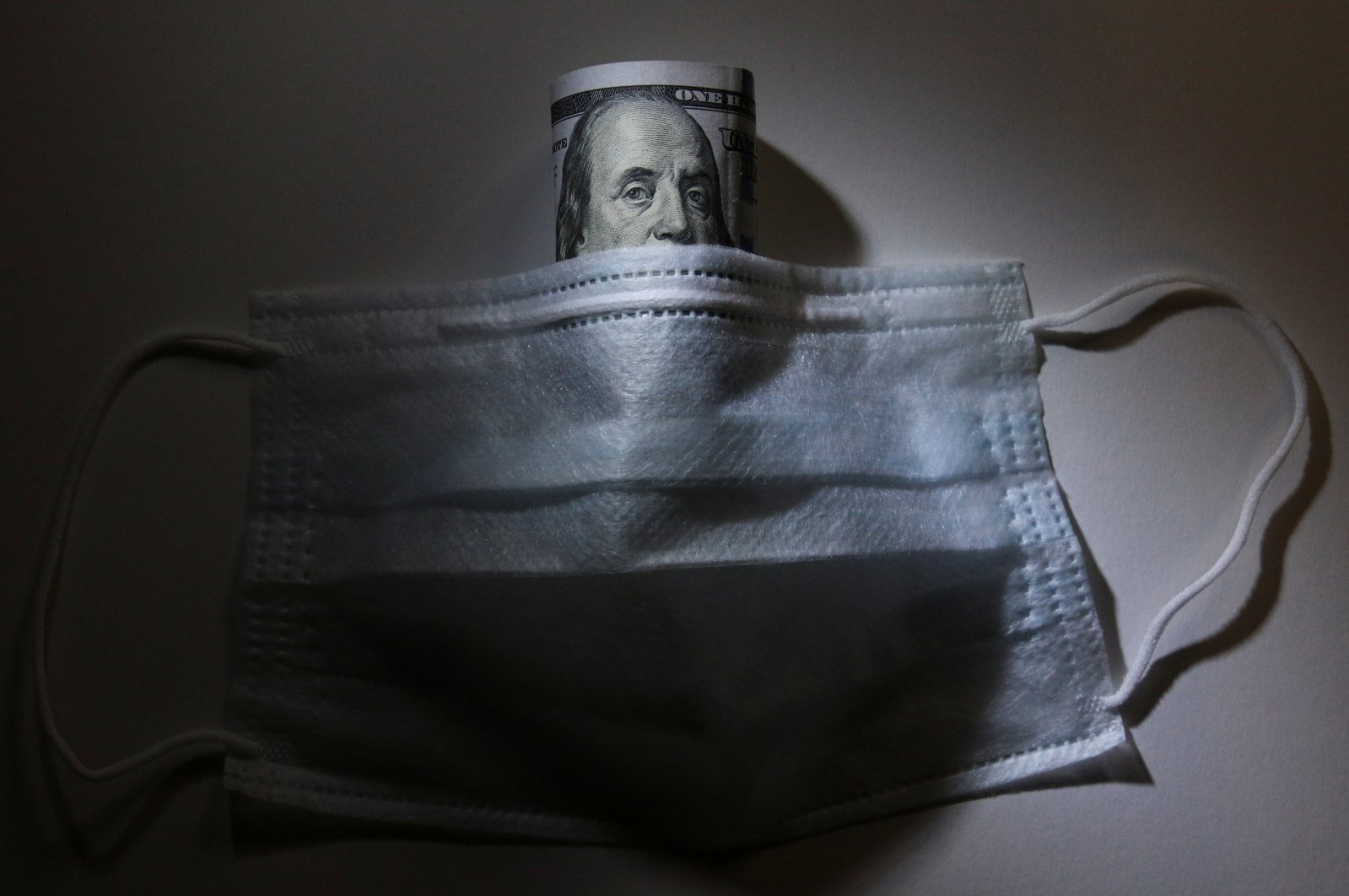 A U.S. dollar banknote is pictured behind a protective mask, a widely used preventive measure against the coronavirus, in this illustration taken Tuesday, March 17, 2020. (Reuters Photo)
by REUTERS Mar 18, 2020 3:22 pm
RECOMMENDED

The dollar extended its gains Wednesday and hit new multi-year highs against both the Australian and New Zealand dollars, as companies and investors worried by the coronavirus outbreak rushed to the world's most liquid currency.

As major currencies wilted against the greenback and the Norwegian crown hit a new record low of $10.46, signs of stress were everywhere as global central banks resumed their efforts to keep money markets functioning normally.

The U.S. Federal Reserve said Tuesday it would reinstate a funding facility used during the 2008 financial crisis to get credit directly to businesses and households.

Both the European Central Bank and the Bank of England are due to hold U.S. dollar auctions later on Wednesday, which are likely to be closely watched. The Swiss central bank will also meet and could direct further firepower at its economy.

"This is a story of a strong dollar. The Fed's action was better than doing nothing, but at the same time the focus is on signs of when this crisis will end," said Jane Foley, senior FX strategist at Rabobank.

"Everyone understands the shortfalls of central banks. They can't actually physically get people back through the doors of shops," she said.

Markets have crumbled this month as investors liquidated nearly everything for cash – driving up the dollar's value and the cost of borrowing the greenback abroad.

The U.S. dollar was last up nearly 0.3% against a basket of currencies, after hitting an almost three-year high in earlier trading. It has gained more than 5% over the past two weeks.

The Australian dollar sunk to a fresh 17-year low of $0.60 on Wednesday, while the New Zealand dollar hit a decade low of $0.59 cents.

"People are very, very nervous," Seeger said. "Everyone's nervous about the virus, about oil prices, about their job, about everything."