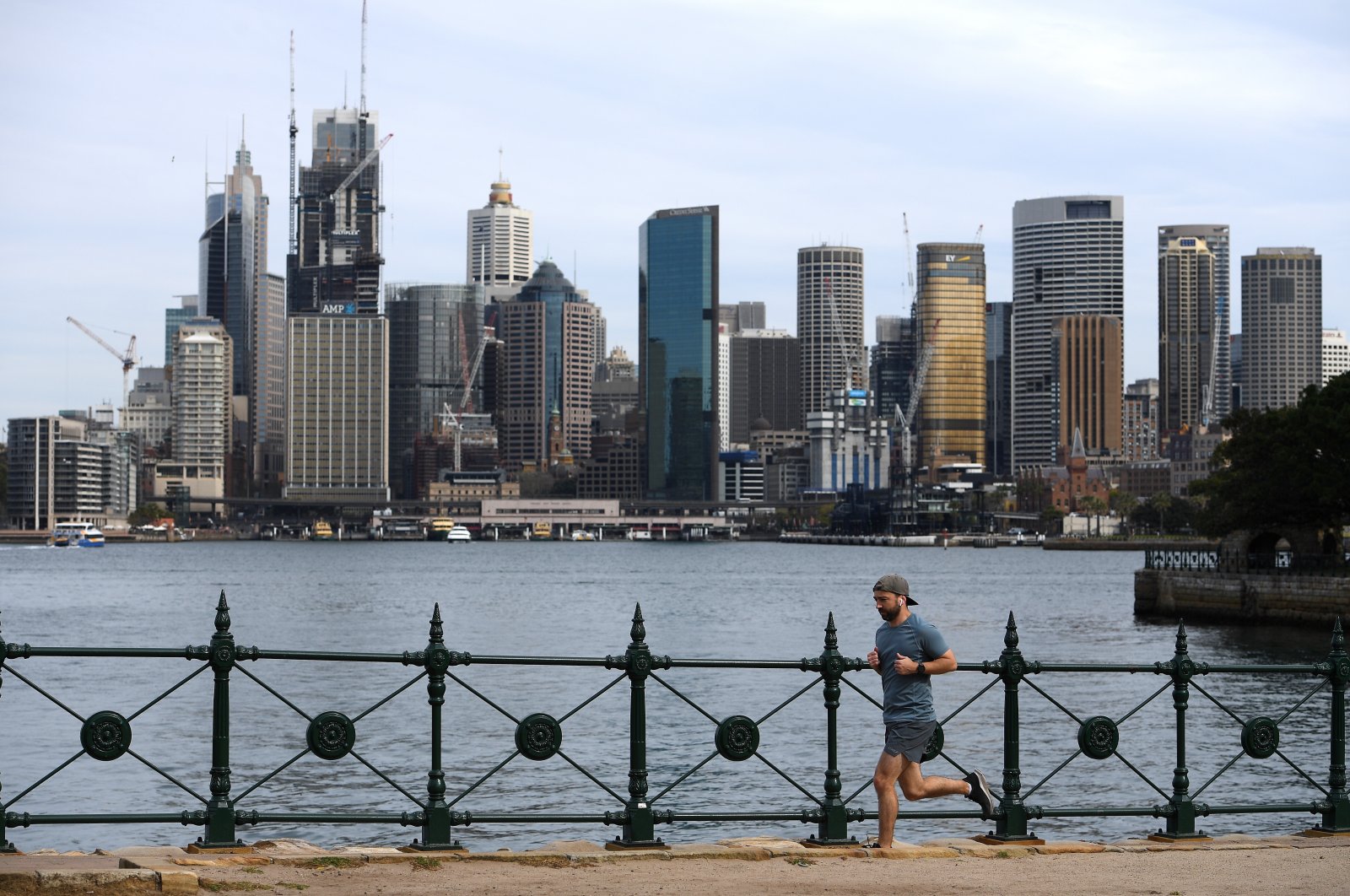 Australia has fallen into recession for the first time in three decades, while Brazil’s economy shrank by almost 10% because of the coronavirus, leaving China as the only major nation still recording economic growth during the pandemic.

A raft of bleak data from India to Europe in recent days has laid bare the toll from lockdowns as nations try to keep a lid on an illness that has killed more than 850,000 people and infected over 25 million.

The challenges were further highlighted Wednesday when Australia announced its sharpest economic contraction since the Great Depression due to the pandemic, with data confirming the country is in its first recession in 28 years.

The economy shrank 7% in the second quarter of this year, the biggest contraction since records began in 1959, the government reported.

"This is a devastating day for Australia," Prime Minister Scott Morrison told Parliament.

The country is now in recession for the first time in 28 years following a 0.3% drop in the first quarter of the year, since it has logged two straight quarters of contraction.

"Today’s national accounts confirm the devastating impact on the Australian economy from COVID-19," Treasurer Josh Frydenberg said. "Our record run of 28 consecutive years of economic growth has now officially come to an end," he added.

The previous biggest downturn since Australia began keeping records in 1959 was a 2% fall in June 1974. Economists estimate a sharper decline of 9.5% in 1930 when Australian became one of the countries worst affected by the Great Depression.

The Organization for Economic Cooperation and Development (OECD) figures show the average contraction among OECD countries in the June quarter was 9.8%, including a 20.4% slump in Britain, a 13.8% downturn in France and a 9.1% drop in the U.S.

The biggest drag on the Australian economy was a 12.1 % drop in household spending, the largest on record. That alone accounted for 6.7 percentage points of the 7% fall, with business and dwelling investment also down.

But Australia’s iron ore miners have benefited from greater pandemic disruptions to their main rivals in Brazil. Mining investment increased by 1.3% in the quarter, and high iron ore prices paid by China contributed to a 17.7 billion Australian dollar ($13 billion) trade surplus, the largest on record.

The government has stumped up tens of billions of dollars to fight the economic fallout from the pandemic and Frydenberg said the contraction would have been far worse without such support, which included payments to employers to avoid laying off staff.

"Today's devastating numbers confirm what every Australian knows: that COVID-19 has wreaked havoc on our economy and our lives like nothing we have ever experienced before. But there is hope and there is a road out," Frydenberg said.

June quarter results do not reflect a second lockdown in coronavirus hot spot Victoria state that began in early August. Victoria accounts for a quarter of Australia’s business activity.

Frydenberg said the Treasury Department was forecasting "slightly negative or flat" growth in the September quarter.

Australia has confirmed almost 26,000 cases of the disease and 663 deaths, in a population of 25 million and had successfully contained it in most of the country by July.

But an outbreak in Melbourne and its surroundings since then forced a new lockdown of five million people in the country's second-largest city, dragging on the recovery.

Borders between Australia's states and territories also remain closed to most travel to avoid further outbreaks, hampering tourism and other key sectors.

Shutdowns have taken a toll on livelihoods across the globe as business revenues plunge and millions are forced out of work.

New Delhi reported Monday that growth in Asia's third-largest economy suffered a historic 23.9% decline between April and June as the manufacturing sector was battered by restrictions on businesses.

In the Philippines, meanwhile, there has been a resurgence of barter trade as cash incomes dry up, with people flocking to Facebook groups to exchange everyday possessions for food.

"People are realizing that while they have no money, they have accumulated a lot of material things," said Charles Ramirez, who runs a 14,000-member bartering website in the capital Manila.

"It's a depressing feeling, of course, having to let go of things you have accumulated just to be able to survive."

The site is one of the dozens that have sprouted up to provide a lifeline to Filipinos hit hard by the country's recession.

Brazil's economy, the biggest in Latin America, contracted by a record 9.7% in the second quarter of the year, plunging the nation into a virus-induced recession.

"GDP is now at the same level as in late 2009, at the height of the global financial crisis," the Brazilian Institute of Geography and Statistics said.

The drop in the April-June period was the biggest for any quarter since the current system of records began in 1996, it added.

The only major economy to have avoided a recession is China – where the coronavirus first emerged last year – thanks to strict lockdowns that have seen COVID-19 all but disappear in the country.

In the second quarter, the Chinese economy rebounded by 11.5%, having fallen by 10% in the first quarter.

The Chinese city at the center of the initial outbreak, Wuhan, took another step back to normality on Tuesday when almost 1.4 million children returned to schools and kindergartens.

In Europe, where GDP plunged 12.1% in the three months to June, fears are growing of more lockdowns and disruption this autumn and winter as the virus refuses to die.

"The pandemic has changed everything," said Gema Perez Barea, who runs a company offering tours of wineries in southern Spain that are highly dependent on tourists.

She said there were "far fewer visitors" than before the pandemic and "now all the tourists we have are from Spain."

The country is the world's third-largest wine producer by value after France and Italy, but sales have been battered by the virus crisis.

The virus has failed to put the brakes on the Venice film festival in Italy, however, which on Wednesday was gearing up for the movie industry's first post-COVID-19 international competition.

Still, only about half the usual number of visitors are expected to attend.

"It's a festival without stars because Hollywood is still in lockdown," festival director Alberto Barbera told Agence France-Presse (AFP). "Will there be less glamour? Yes."