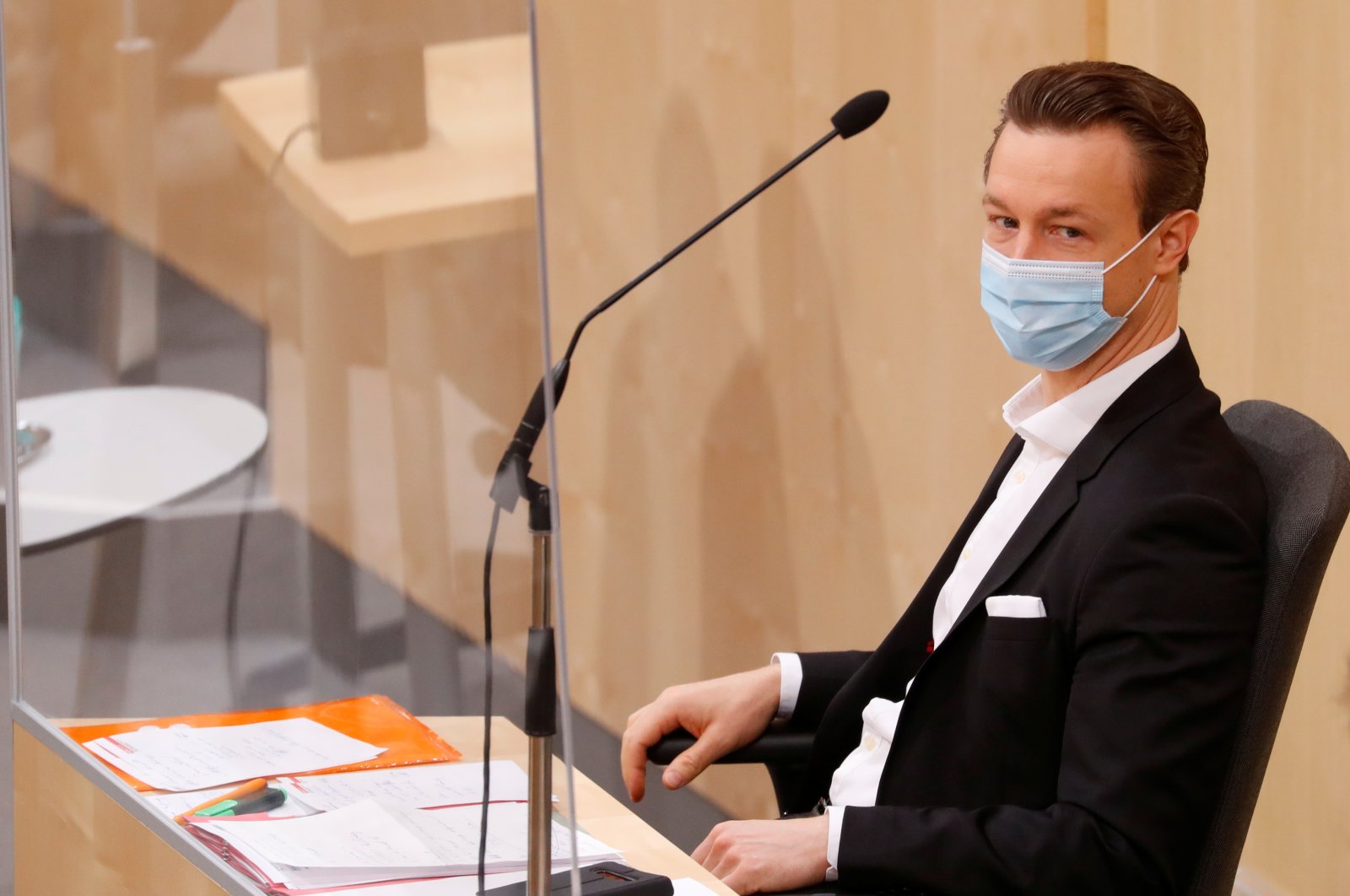 Austrian Finance Minister Gernot Bluemel wearing a protective face mask waits for the start of a session of the parliament, Vienna, May 26, 2020. (Reuters Photo)
by German Press Agency - DPA May 29, 2020 12:41 pm

An alert from an Austrian opposition legislator saved his country from shrinking the national budget to only 102,000 euros ($113,000), by pointing out that the word "millions" was missing from the bill shortly before it went to a vote.

The corrected bill was passed Friday, allowing the government to spend 102 billion euros this year.

If the bill had been adopted in its original form, "the republic would be faced with a technical insolvency," said Jan Krainer, the Social Democrat who detected the mistake.

The opposition also blasted conservative Finance Minister Gernot Bluemel for having presented a budget plan with figures that were calculated before the coronavirus crisis and do not reflect the expected drop in tax revenues.

The Social Democratic Party, the liberal NEOS and the far-right Freedom Party therefore all voted against Bluemel in vote of no confidence Friday morning.

However, the motion was symbolic, as the finance minister was backed by the ruling majority of the conservative People's Party and the Greens.