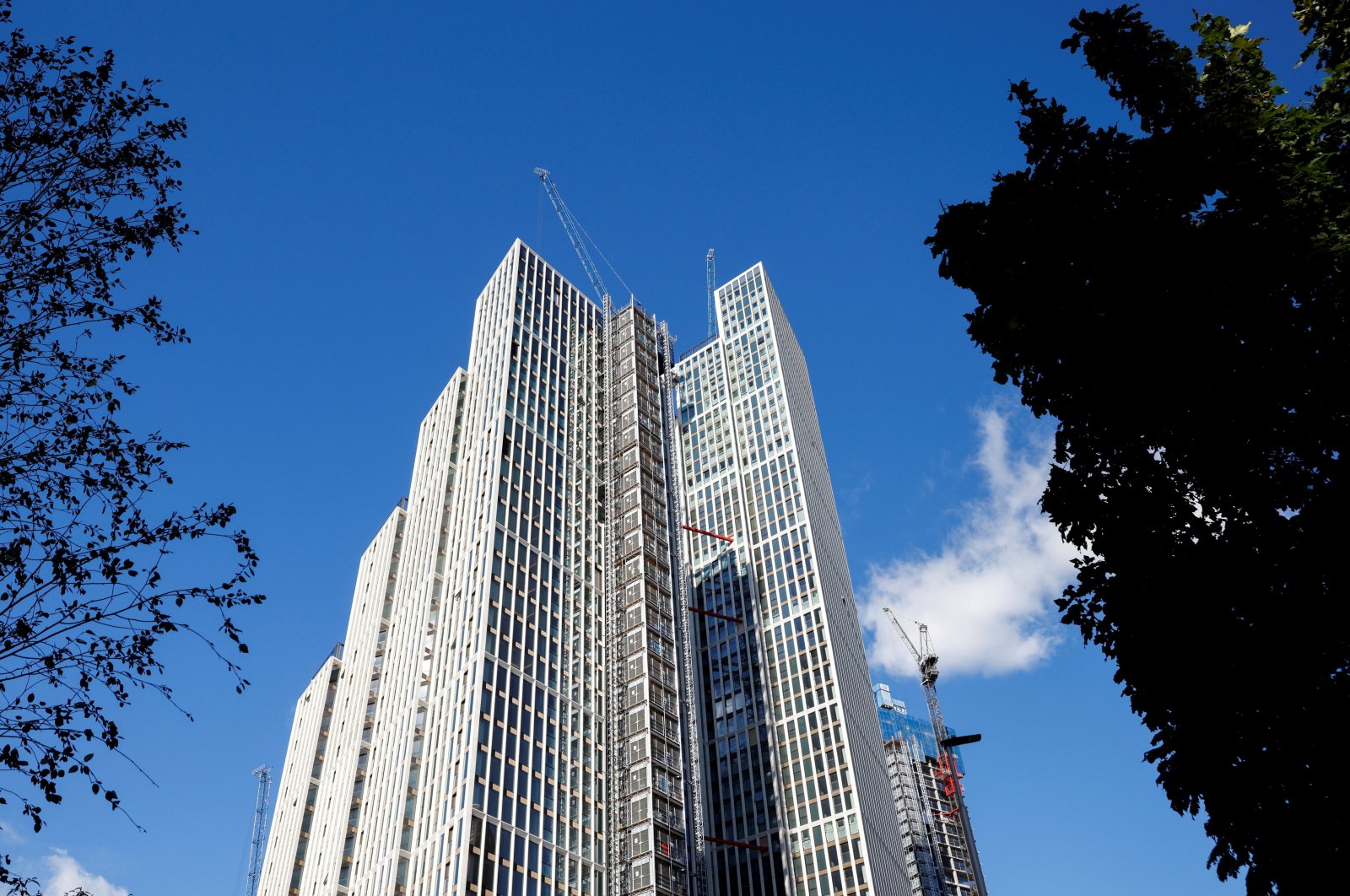 The average price of a typical British home has surpassed a quarter of million pounds for the first time last month, a survey showed Wednesday, as price growth continued to run higher than before the pandemic.

House prices rose at a faster rate than expected in October as robust demand and a lack of new homes coming to the market kept up the momentum.

The average house price was 250,311 pounds ($341,290) last month, marking a 9.9% annual increase, Mortgage lender Nationwide Building Society said. It was down slightly from a 10% surge in September.

Month-on-month, prices rose by 0.7% after a 0.2% rise in September. A Reuters poll of economists had pointed to another 0.2% increase.

The price of the average U.K. home has risen by more than 30,700 pounds since the start of the pandemic

Gardner said demand for homes has remained strong, despite the expiry of the stamp duty holiday at the end of September.

Mortgage applications in September were more than 10% above the monthly average recorded in 2019, he noted.

“Indeed, mortgage applications remained robust at 72,645 in September, more than 10% above the monthly average recorded in 2019. Combined with a lack of homes on the market, this helps to explain why price growth has remained robust,” he added.

“We expect house prices to continue to beat expectations in the near term before a gradual rise in mortgage rates applies the brakes in the second half of 2022,” said Andrew Wishart, property economist at Capital Economics.

The outcome of Thursday’s Bank of England (BoE) interest rate decision is one determinant of house prices in the months ahead.

Financial market pricing suggests BoE policymakers are likely to raise borrowing costs – although economists are less certain and many think the BoE will wait until February.

“If the labor market remains resilient, conditions may stay fairly buoyant in the coming months – especially as the market continues to have momentum and there is scope for ongoing shifts in housing preferences,” he said.

However, a number of factors suggest the pace of activity may slow, he noted. It is still unclear how the wider economy will respond to the withdrawal of government support measures.

“Consumer confidence has weakened in recent months, partly as a result of a sharp increase in the cost of living,” Gardner said.

He noted there has been increased speculation that the BoE will increase interest rates in the coming months.

“Investors expect bank rate to be increased from its current record low of 0.1% before the end of the year – most likely to 0.25% or 0.5% – and perhaps reaching 1% within a year, though markets project they will remain close to that level in five years’ time,” he said.

“Providing the economy does not weaken significantly, the impact of a limited rise in interest rates on U.K. households is likely to be modest.”

This is partly because only a relatively small proportion of borrowers will be directly impacted by any change, he added.

“Most lending on personal loans and credit cards is on fixed rates or tends to be unaffected by movements in the bank rate. Similarly, the vast majority of new mortgages have been extended on fixed interest rates in recent years.”

Gardner said a 0.4-percentage-point increase in rates to 0.5% “is likely to have a modest impact on most borrowers who are on variable rates.”

“For example, on the average mortgage, an interest rate increase of 0.4% would raise monthly payments by 28 pounds to 625 pounds (or around 335 extra pounds per year), though a rise of bank rate to 1% would see typical payments go up by a more substantial 64 pounds to 660 pounds (more than 760 pounds per year approximately),” he explained.

“It’s important to note that a small proportion of households already have a relatively high debt service burden,” Gardner noted.

“For example, English Housing Survey data showed that in 2019 around 10% of homeowners spent more than 30% of their gross income on their mortgage each month,” he said.

“For those households, some of whom will be on variable rates, any rate rise will be a struggle, especially given the broader increase in the cost of living, even though the impact on the wider economy and most households is likely to be modest.”