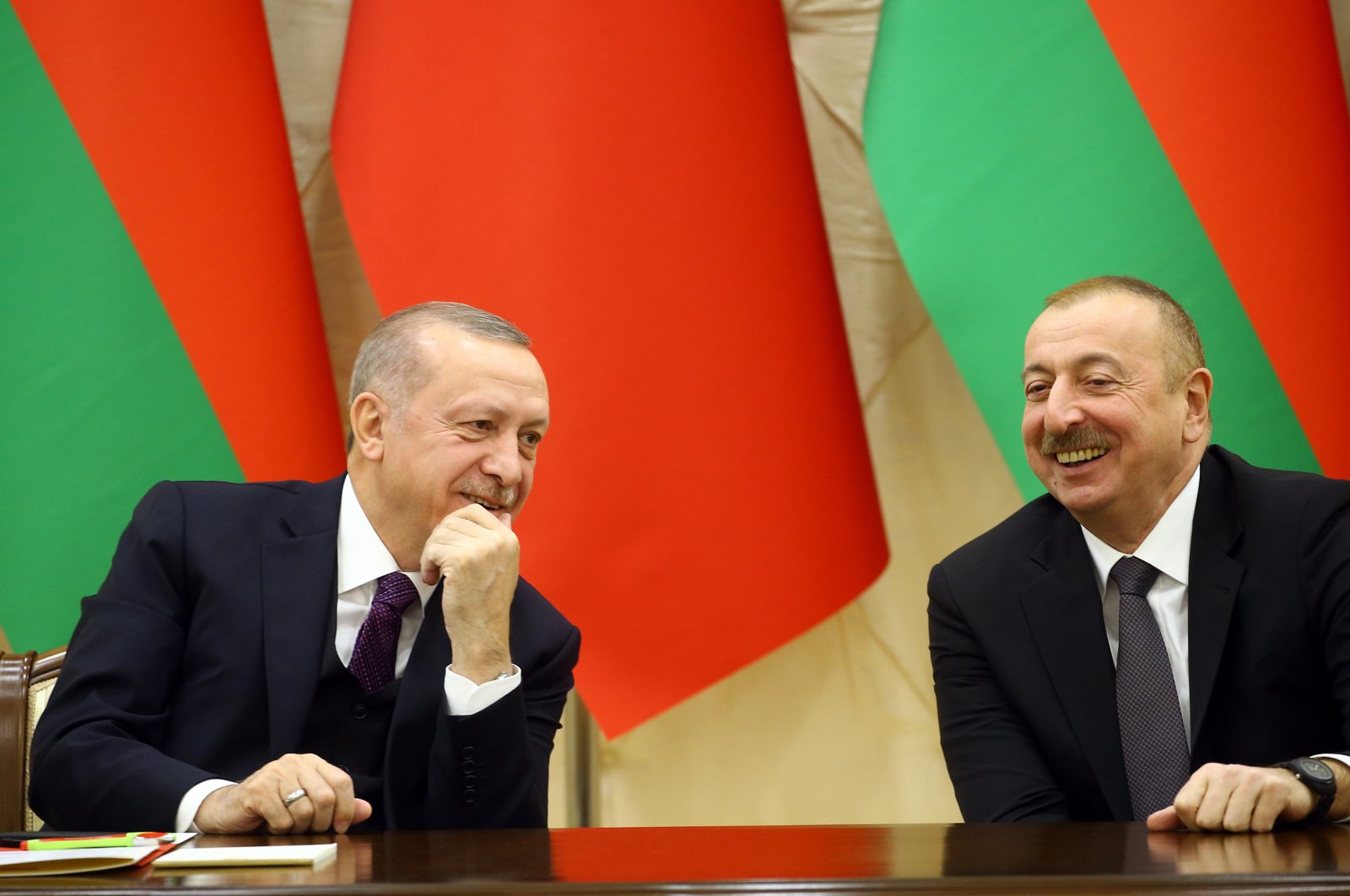 President Recep Tayyip Erdoğan and his Azerbaijani counterpart Ilham Aliyev during a press conference on the eighth meeting of the High-level Strategic Cooperation Council, Baku, Azerbaijan, Feb. 26, 2020. (AA Photo)
by DAILY SABAH WITH AA
May 31, 2020 3:52 pm

With the Visa Exemption Agreement, the exemption period between the two countries was increased from 30 days to 90 days.

The Preferential Trade Agreement will allow quotas and customs taxes to be lifted on the trade of certain products between the two countries. A committee of experts from the two countries will also be formed in order to put this in place.

According to the Military Financial Cooperation Agreement with Azerbaijan, Turkey will provide TL 200 million ($29.3 million) to the Caspian country, from which Azerbaijan will receive products and services from Turkish defense industry companies.

The agreements will come into force after the two countries' presidents approve them.