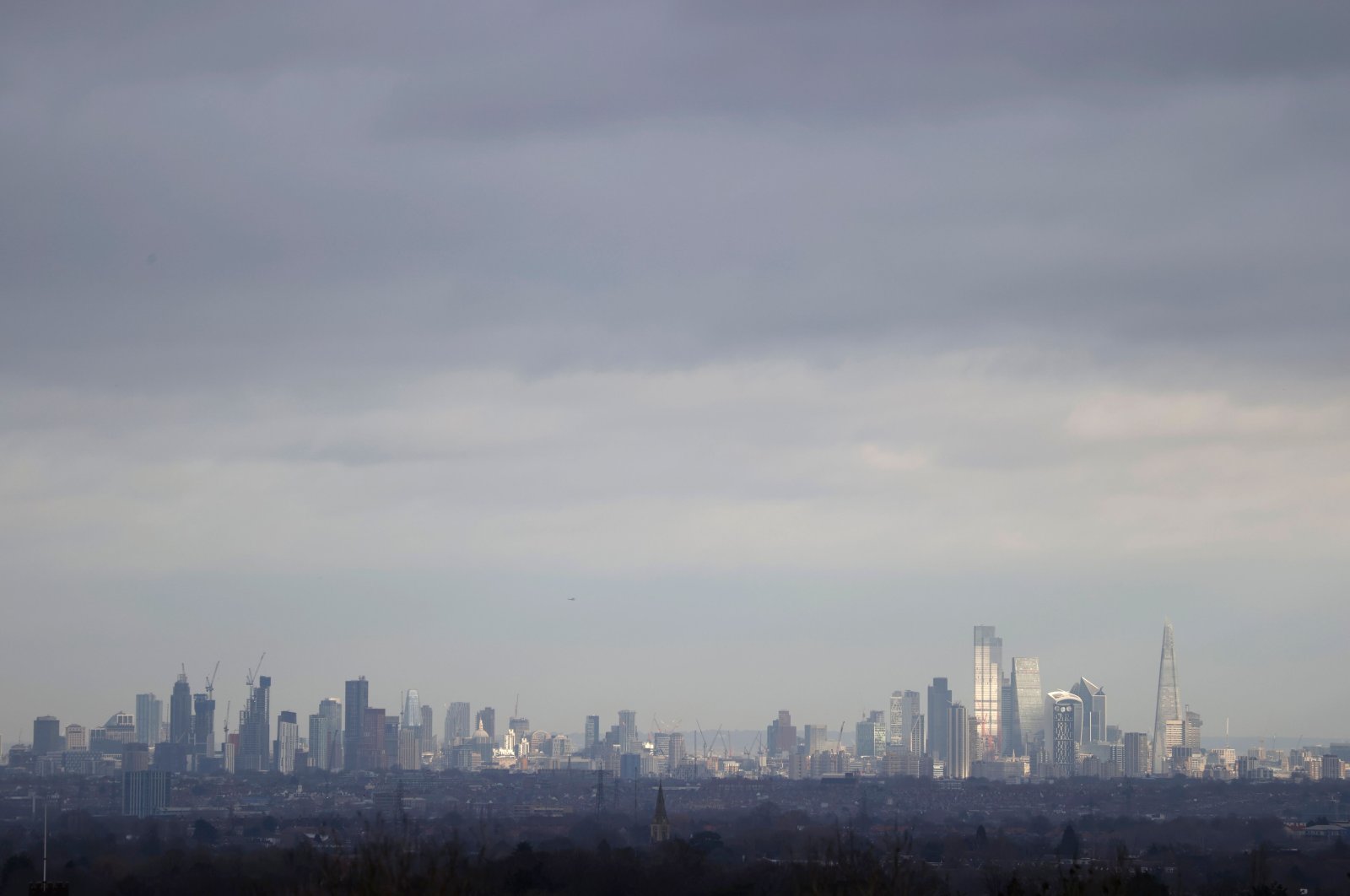 A picture taken from Epsom Downs Racecourse shows the skyline of London including the office buildings and skyscrapers of the City of London (R), in Epsom, southern England, on Jan. 11, 2021. (AFP Photo)
by REUTERS Jan 12, 2021 2:29 pm
RECOMMENDED

Bank of England (BoE) Governor Andrew Bailey said Britain faces a very difficult few months ahead due to a resurgence in COVID-19 cases but played down suggestions that cutting interest rates below zero would be a straightforward way to boost growth.

His comments followed Finance Minister Rishi Sunak’s warning on Monday that the economy would likely get worse before it gets better, with the country now in its third national lockdown and struggling to contain the spread of the coronavirus.

“(We’re) in a very difficult period at the moment, and there's no question that it’s going to delay, probably, the trajectory,” Bailey said in an online speech to the Scottish Chambers of Commerce.

However, he added that the basic shape of the recovery was likely to reflect the trajectory that the BoE outlined in a set of forecasts in November.

Most economists think Britain’s economy is likely to tip back into recession – shrinking in the final quarter of 2020 and the first quarter of 2021 – following a record 25% fall in output in the first two months of lockdown last year.

Bailey said the BoE’s “best guess” was that economic output in the last three months of 2020 was flat to slightly down.

He said he no longer thought the unemployment rate would peak at around 7%-8%, as the BoE forecast two months ago, because the government had extended its job protection scheme.

But it was probably still higher than the latest official estimate of 4.9% he said – likely around 6.5%.

Bailey said economic activity during the first quarter would be depressed until COVID-19 vaccines were widespread enough to allow a lifting of some of the lockdown restrictions.

Bailey struck a more skeptical tone on the possibility of bringing negative interest rates to Britain than fellow BoE rate-setter Silvana Tenreyro who on Monday outlined possible benefits from such a policy.

“In simple economics and maths terms, there is nothing to stop it at all. However, there are a lot of issues with it,” he said.

Bailey said negative rates – the subject of a feasibility review by the BoE – would complicate banks' efforts to earn a rate of return, potentially hurting their lending to companies, and that it was not easy to draw a direct parallel with similar action in the eurozone.

He also said the BoE had seen anecdotal evidence of disruption caused by Britain’s departure from the European Union at the turn of the year, but it was too soon to say if this would last.

“It’s in many ways – in any systematic sense – too early to judge the impact of it, but the impact is both shorter-term and longer-term,” Bailey said.