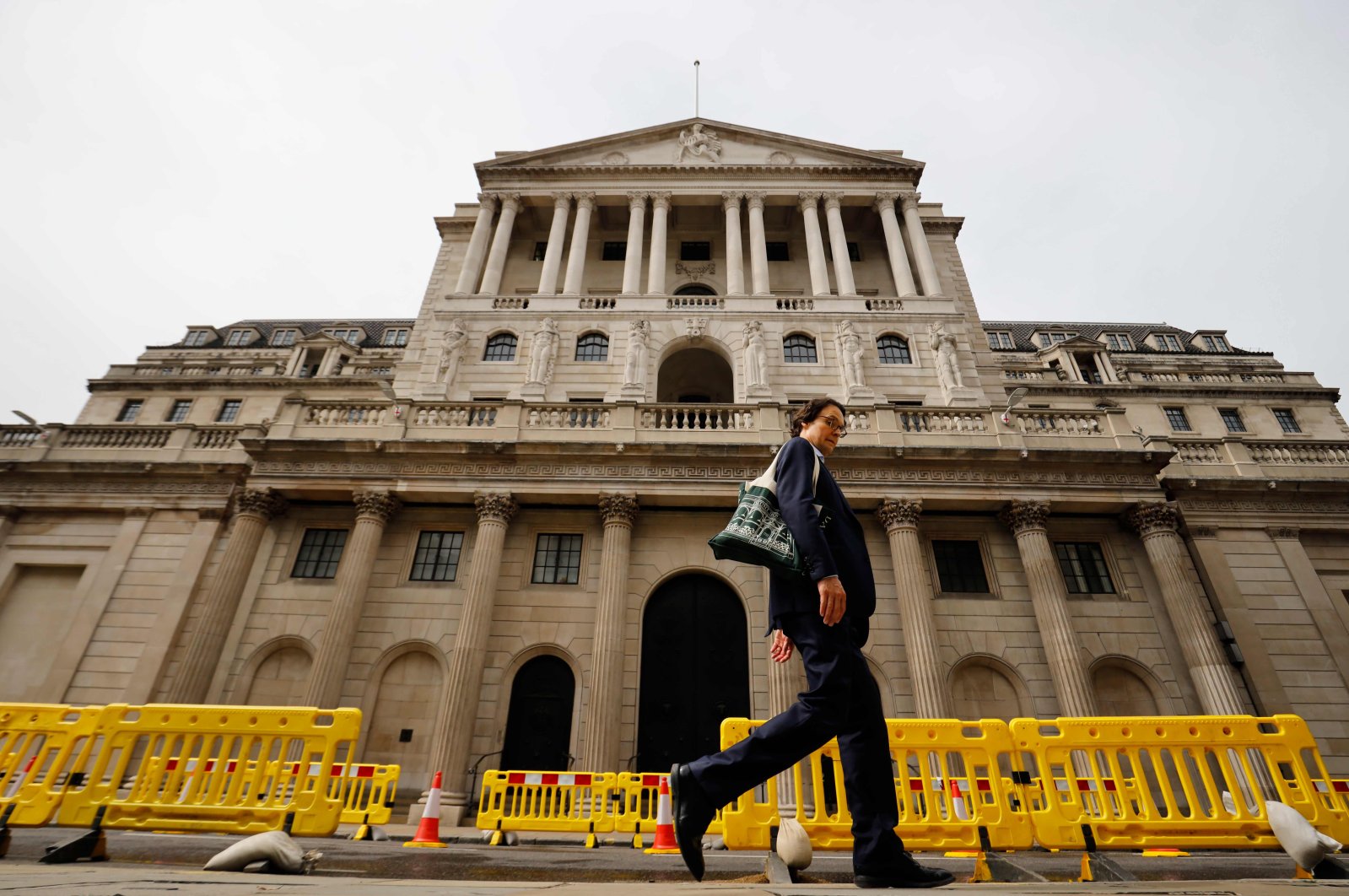 A pedestrian walks past the Bank of England in London during the coronavirus outbreak, June 17, 2020. (AFP Photo)
by Compiled from Wire Services Jun 18, 2020 2:14 pm
RECOMMENDED

The Bank of England has unveiled another large stimulus move for the U.K. economy as it tries to limit the scale of the coronavirus recession, which has already resulted in 18 years of growth wiped out in a matter of just two months.

In a statement Thursday, the bank’s policymaking panel said it was increasing its government bond-buying program by a further 100 billion pounds ($125 billion) despite signs that the second-quarter fall in economic output will be less severe than it had thought last month. The bank warned then that the U.K. economy could shrink by 25% between April and June, from the previous three-month period.

There are two motivations behind the bank's purchase of government bonds from investors, such as pension funds and other investors, to keep a lid on interest rates for such things as home mortgages and loans, and to keep money flowing through the financial system in a time of acute stress.

The meeting took place in the wake of figures showing that the U.K. economy shrank by 20.4% in April alone, the first full month that the country was in lockdown. In March, as the coronavirus restrictions rolled out, it contracted a further 5.8%.

However, it also warned that unemployment is likely to rise sharply in the coming months as a government scheme to protect jobs comes to an end.

It also said that the unprecedented situation means that the outlook for the U.K. and global economies is “unusually uncertain” and will depend “critically on the evolution of the pandemic, measures taken to protect public health and how governments, households and businesses respond to these factors.”

Although some of Britain's lockdown restrictions are easing, including Monday’s reopening of shops selling nonessential items such as books, sneakers and toys, the U.K. economy is set for one of its deepest recessions ever and a consequent big spike in unemployment.

In addition to the bank's support measures, the British government is also readying a big fiscal package for this summer to help the economy, potentially involving a sales tax cut and funding big transport and green projects.

It has already implemented an array of hugely expensive support programs to deal with the initial economic fallout of the coronavirus. The Job Retention Scheme, for example, is widely credited with limiting the number of people losing their jobs. But it is set to end this autumn, and there are worries that firms will start cutting jobs at an accelerating rate through the summer.

Britain has the worst coronavirus death toll in Europe, at over 42,000, and the Conservative government has been sharply criticized for what many see as its slow, muddled response to fighting the pandemic.

Britain also faces economic risks from its historic decision to leave the European Union, which it did in January. It is in a transition period now with the 27-nation bloc until the end of the year, when it could face trade challenges.