Behind virus and protests: A chronic US racial wealth gap 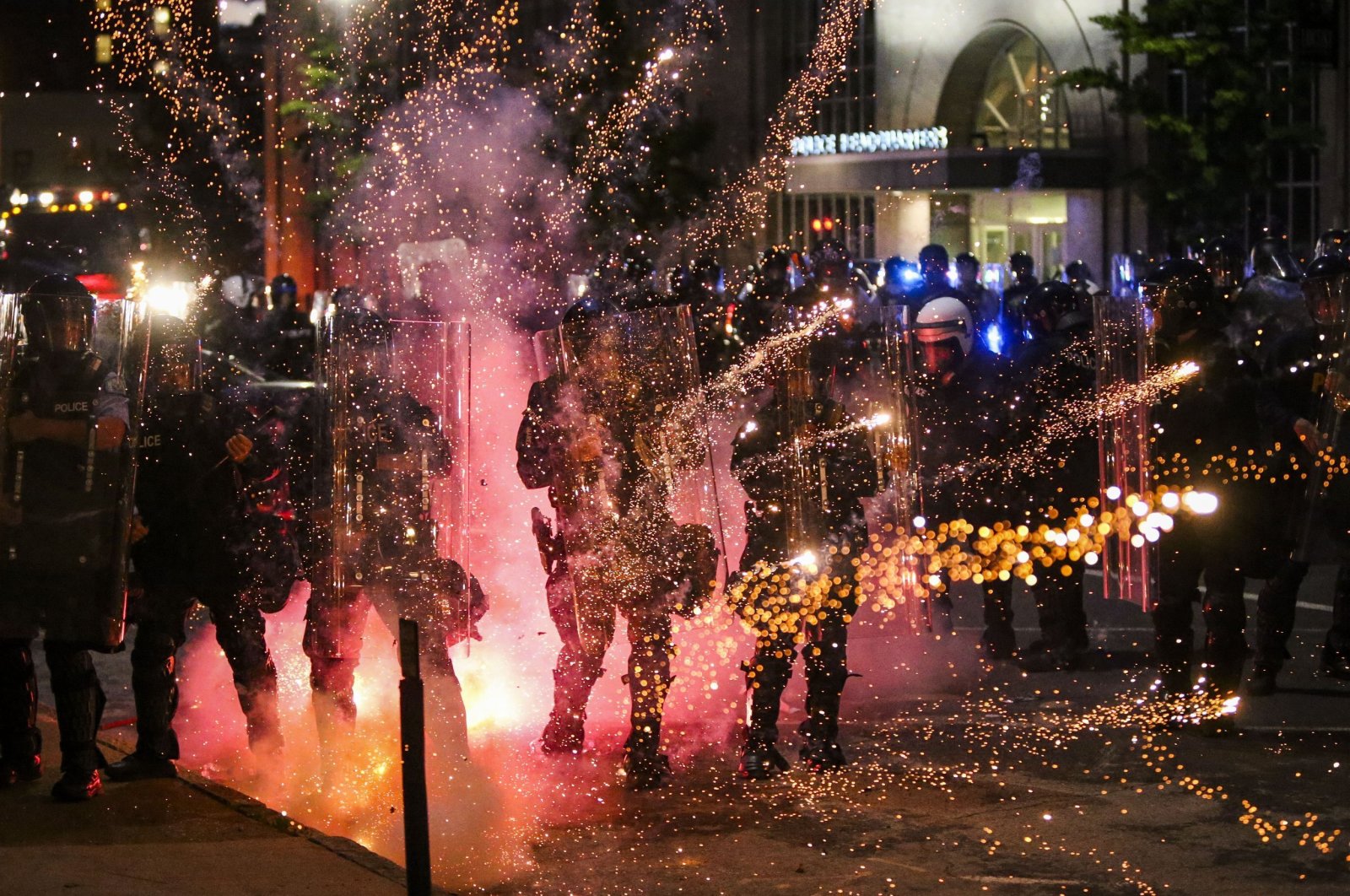 Protests in the U.S. over racial inequality have once again spotlighted long-time rage and despair, especially because the unrest coincides with an economic and health calamity, one that’s falling hardest, yet again, on African Americans

The United States has been here before, staring into the chasm that divides white and black Americans.

It happened after cities burned in 1967, after Los Angeles erupted with the 1992 acquittal of police officers who beat Rodney King, after the 2014 police killing of Michael Brown in Ferguson, Missouri.

After those upheavals came talk of change – of reforming policing and of expanding economic opportunity to black Americans left behind in one of the world’s richest countries.

Despite high hopes, economic progress has come slowly, if at all, for black Americans. They still earn barely 60 cents for every $1 in white income and have 10 cents in wealth for every $1 whites own.

Now, demonstrators are out in the streets again, this time to protest what happened in Minneapolis to George Floyd, dead after a police officer pressed a knee into his neck for eight minutes and 46 seconds.

Once again, racial inequality underlies rage and despair, especially amid an economic and health calamity that is falling hardest, yet again, on African Americans. “We’ve got a perfect storm,” said Cecelia Rouse, professor of economics and public affairs at Princeton University.

Black Americans are far more likely to die of COVID-19 and to work in low-paying service jobs – the ones slashed when restaurants and movie theaters closed as a health precaution.

Black workers who remain employed are more likely to work as front-line workers in warehouses, grocery stores and takeout eateries – jobs that leave them exposed to the virus.

Amid the anger and anguish is optimism that policymakers will use this moment to find ways to narrow the economic gap between black and white Americans, perhaps through paid sick leave, a higher federal minimum wage, maybe even direct payments to the needy.

But the U.S. has had watershed moments before, and the big changes didn’t come.

The income gap remains wide even though African Americans have vastly upgraded their educational attainment: The proportion of black Americans with a high school diploma has surged from 54% in 1968 to 92% in 2018. The share with a college degree rose from 9% to 23% over that period, according to government figures compiled by the Economic Policy Institute.

The unemployment rate for African Americans has typically hovered around twice the rate for whites. But beginning last year, the record-breaking economic expansion that began in June 2009 had finally begun to pay off for African Americans. Their jobless rate dropped from 16.8% in March 2010 to an all-time low of 5.4% in August last year.

That progress ended abruptly once the coronavirus recession wiped out tens of millions of jobs in March and April. Black workers, disproportionately laboring in low-wage service jobs, were less likely to be among the fortunate: the office workers who could keep their jobs while working from the safety of home. African Americans were likelier to either lose their jobs or to work as essential front-line employees who are more vulnerable to the virus.

On Friday, the government issued a surprisingly upbeat jobs report for May: The national unemployment rate unexpectedly dropped from 14.7% to 13.3%. But the jobless rate for African Americans ticked up, from 16.7% to 16.8%, the level where it had been 10 years earlier.

Black Americans face an even bigger long-term problem than lagging incomes and higher unemployment. They have struggled to build wealth – home equity and investment portfolios – that could be tapped in times of need, used as collateral for loans to start a business or passed on to children.

The median black family has wealth of just $17,200 – perhaps enough to buy a car – versus $171,000 for the median white family. The wealth gap persists even for African Americans in the top 10% of U.S. incomes: Their wealth comes to $343,160, less than one-fifth of the $1.79 million for whites in the top 10%, according to government numbers compiled by the Brookings Institution.

Behind the wealth gap: African Americans inherit less money than whites. Even if blacks reach top income brackets, they are less likely to stay there. And they typically provide more financial help to friends and family.

As a Democratic presidential candidate, Democratic Sen. Cory Booker of New Jersey pushed for “Baby Bonds’’ to provide $1,000 to every American child at birth. After that, they would receive up to $2,000 a year, depending on their family income. The idea: Create a nest egg that could be used to pay for college or a home.

The current protests could provide momentum for proposals like Booker's to narrow the divide between blacks and whites and rich and poor.

“It’s absolutely an opportunity,’’ said Bradley Hardy of American University's School of Public Affairs. “And, yes, it could be squandered.’’