Berliners in favor of measure to expropriate large landlords 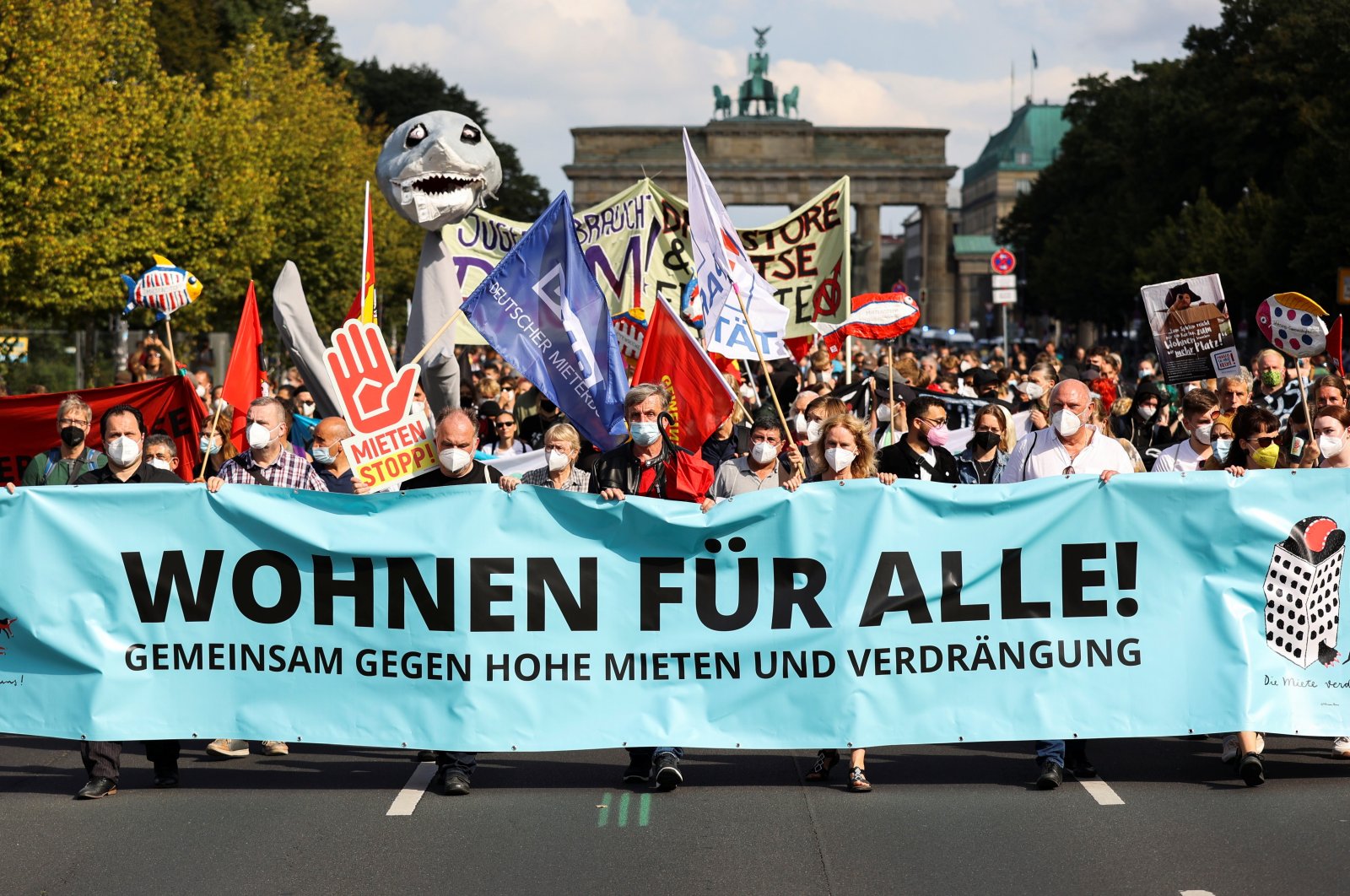 Protesters carry a banner reading "Housing for all" during a demonstration against rising rental costs for flats in Berlin, Germany, Sept. 11, 2021. (Reuters Photo)
by REUTERS Sep 27, 2021 3:56 pm
RECOMMENDED

A majority of voters in Berlin want city hall to expropriate major landlords such as Vonovia and Deutsche Wohnen to help reduce rents in the German capital, provisional referendum results showed Monday.

Around 56% cast a ballot in favor of the nonbinding initiative, compared to 39% against, the Berlin government said following Sunday's vote, which was held alongside elections for the city government and the national parliament.

The results come as Vonovia, the largest German residential rental company, said it had reached the 50% threshold needed to buy smaller rival Deutsche Wohnen, creating a housing behemoth with some 550,000 apartments worth more than 80 billion euros ($93.7 billion).

Public anger has been growing in Berlin over tenant rights and affordable housing, which were a major issue in the election campaign in the traditionally left-leaning German capital.

The group that initiated the referendum declared victory and called on the city senate to draft a law to expropriate and socialize large housing groups. Campaigners hope the city will take control of some 240,000 apartments.

"Ignoring the referendum would be a political scandal. We will not give up until the socialization of housing groups is implemented," Kalle Kunkel, spokesperson for the initiative, said in a statement.

Responding to the referendum result, Vonovia CEO Rolf Buch said in a statement: "Expropriations do not solve the manifold challenges on the Berlin housing market."

He called for more cooperation from all players in the Berlin housing market to find more constructive solutions.

Earlier this month, Vonovia and Deutsche Wohnen announced a plan to sell almost 15,000 apartments to Berlin for 2.46 billion euros as part of a bid to win political support for their merger.

The Social Democrats (SPD) retained control of Berlin in Sunday's election, according to provisional results on Monday, meaning that their candidate Franziska Giffey will become the city's first female mayor.

Giffey confirmed her earlier stance rejecting expropriations but said the referendum's results should be respected.

"I am still of the opinion that expropriations do not help to create even a single new apartment or solve the big question of affordable housing," she told the ARD broadcaster on Monday.

Giffey called on the Berlin government to draft a bill and conduct a legal review of it. "Such a draft then has to be checked and if it is not constitutional, then we cannot do it."