Big question: Who pays for tea and toilet paper during work-from-home era? 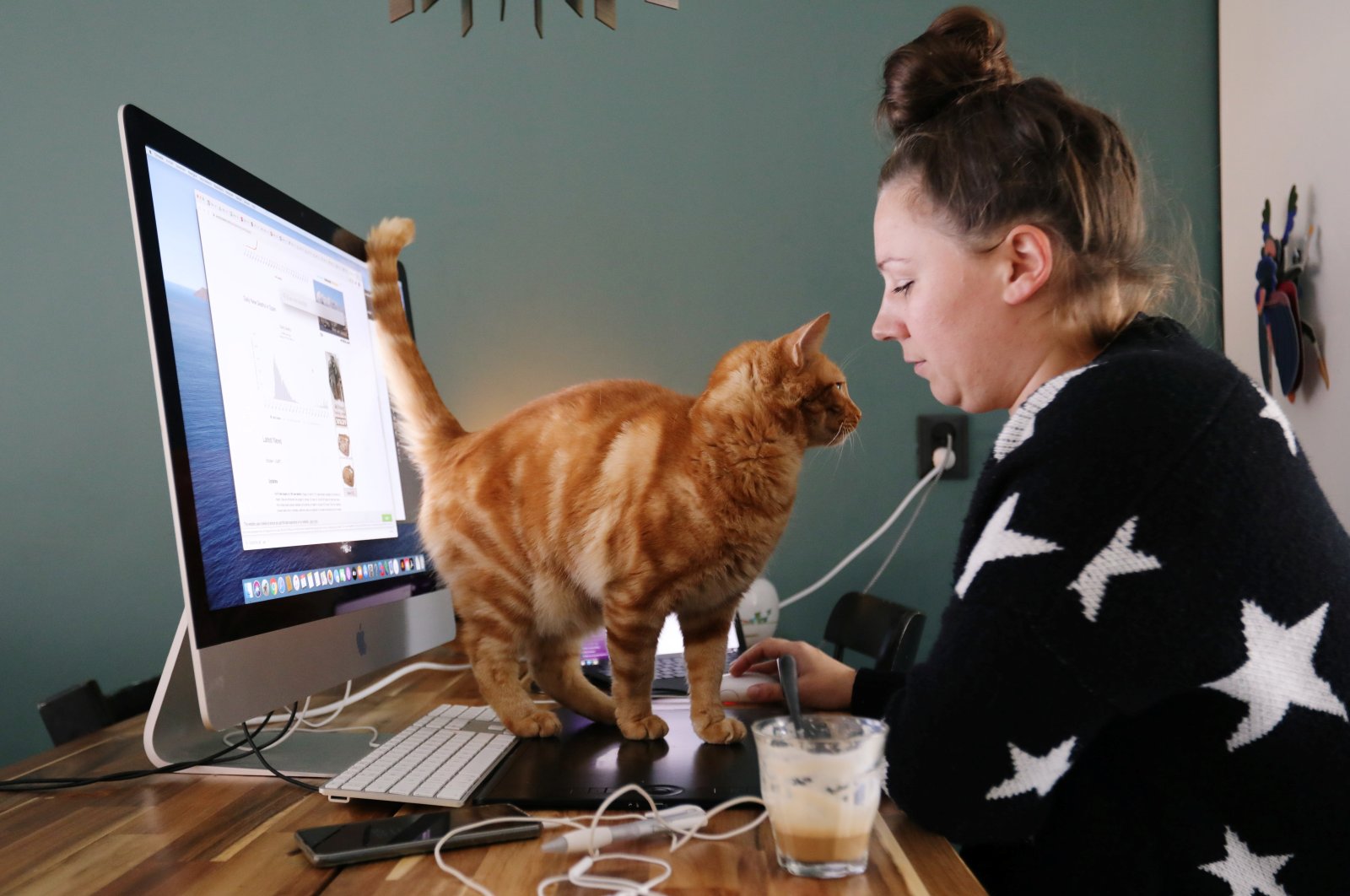 A woman works in a house while workers are forced to work from home and demand payback for extra home office costs during the coronavirus pandemic in Sassenheim, Netherlands, Oct. 2, 2020. (Reuters Photo)
by REUTERS Oct 07, 2020 10:56 am
RECOMMENDED

As the world convulses in crisis, and tens of millions of us dig in for the long haul of working from home, one question looms large: Who pays for the tea and toilet paper?

The answer, according to the Dutch, is your bosses.

That's meant to cover not only coffee, tea and toilet paper used during work hours but also the extra gas, electricity and water, plus the depreciation costs of a desk and a chair – all essentials that you'd never dream of paying for in the office.

"We have literally calculated down to how many teaspoons there are in an average household, so from there it's not that difficult to establish the costs," said Gabrielle Bettonville of family finances institution NIBUD, which is mainly funded by the government and researched the extra costs of remote working.

Such accounting may seem somewhat trivial at a time when the world is overwhelmed by a once-in-a-century pandemic, yet they are relevant as experts predict a deep decline in office-based work could be a permanent legacy of the crisis.

Dutch authorities have already started applying NIBUD's research, citing it to offer bureaucrats working from home a 363 euro COVID-19 "bonus" this year, starting in March when the country went into lockdown.

Of course, the 2 euros a day is for an average worker with average costs but can be tweaked depending on measures such as home heating and water costs, or the quality of insulation.

It does not cover new furniture, computers, phones or other equipment which NIBUD says employees should receive from their employers if necessary for their work.

From Spain to Britain

Other countries are also moving to adjust to the new work-from-home reality, aware that many employees have little appetite to return to the office full-time even once the pandemic has passed.

Spain has obliged employers to pay for home office maintenance and equipment; Germany is debating a bill enshrining remote workers' rights; France has passed a law shielding them from after-hours email; while Britain has hinted that it may relax the rules on tax deductions for work-related equipment purchased during the pandemic.

But few nations have delved into the detail as deeply as the Dutch.

"The government has set a good example here," said Jose Kager of FNV, the country's largest labor union, which wants all home-workers to receive compensation along the lines laid out by NIBUD.

"We're talking about structural, ongoing costs of working from home," she added.

Many of FNV's members still have to physically show up for work, such as those at paint-maker AkzoNobel's factories and Heineken's breweries. But most bank workers, insurance company employees, call center staffers and many others have been working from home since March. Around 80% of Dutch workers are covered by collective labor agreements.

Bank ABN Amro pays for workers to outfit their home offices, but routine expenses remain an open question. Spokesperson Jarco de Swart said the bank did not believe workers would ever work from the office more than three days a week.

However, as ever, there are two sides to the story. And bosses argue that extra payments make little sense at a time when the coronavirus crisis has floored the economy.

"This call from unions for everybody to get compensation because people are now making their own coffee at home – one might observe that workers are also getting a lot of free time in exchange," he said, citing average time savings of one hour on daily commutes.

While workers should be compensated for home office costs, that will be offset by cuts to their compensation for lease cars and other travel benefits, he added.

"It won't be the case that people, pretty much anywhere, are going to get an extra "bonus" on top of their salary – definitely not during an economic recession."

And, of course, there are limits.

Surely it makes perfect sense for a boss to cough up for a productivity-enhancing cappuccino machine?

Apparently not, according to Jeroen van Velzen of the Dutch interior ministry, which is covering additional costs on a case-by-case basis.

"No, of course, this is limited to the things that are needed to be able to perform your work," he said.