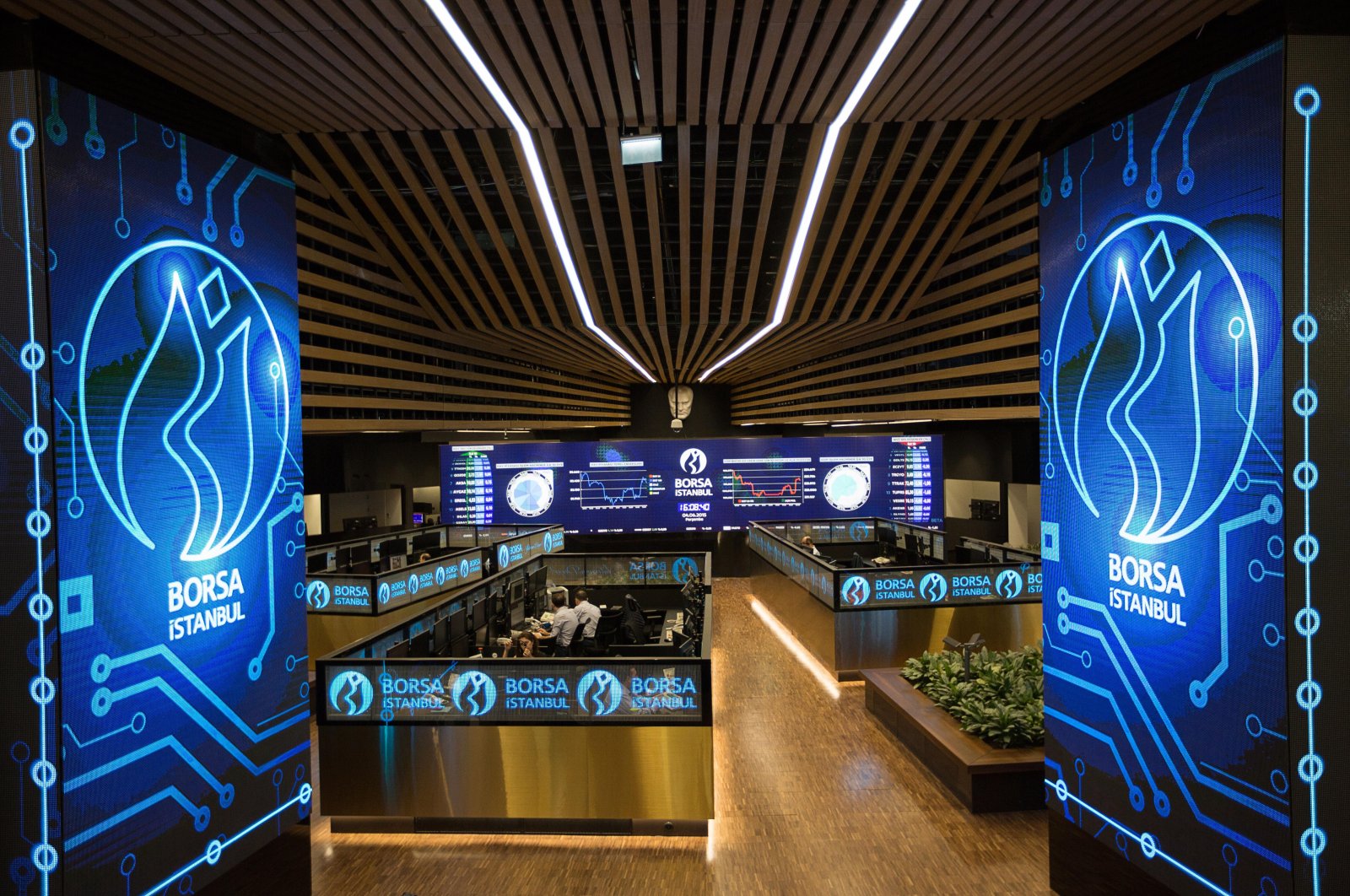 The stimulus packages announced by governments worldwide to shield economies against coronavirus, along with moves from central banks and reopening signals start reflecting on markets, upcoming period important

The benchmark index of Turkey's stock exchange Borsa Istanbul (BIST) showed its best monthly performance of the last 15 months in April, after declining sharply in February and March in parallel with the coronavirus hit-global share markets, thanks to measures taken on local and global scales. Analysts say keeping the stimulating performances on a global scale in the next few months is key as governments are now signaling of easing measures.

On a monthly scale, all sectoral indexes gained in April, with tourism leading with 48.85%. The banking index gained 4.99% in April while holding index gained 15.46% value.

With the pandemic spreading rapidly around the globe, causing businesses to shut down amid restrictions imposed by the governments to curb the spread of the virus, major central banks, such as the U.S. Federal Reserve (Fed) and the European Central Bank (ECB), stepped up to provide almost unlimited monetary expansion and delivering aggressive interest rate cuts to assist economies to survive the crisis.

Paksoy pointed out that the steps by the central banks were initially taken to prevent a global liquidity crisis and a possible financial crisis.

"These steps were aimed at balancing the markets until the virus peaked and the returning trend starts,” he said adding that with the huge stimulus packages launched by the governments an environment for a strong reaction against the virus fallout was created.

President Recep Tayyip Erdoğan announced a TL 100 billion (around $14.3 billion) stimulus package, the Economic Stability Shield, to support citizens and businesses amid the pandemic initially on March 18, postponing debt payments and reducing tax burdens on some sectors, including transportation and tourism. Since then, Ankara has gradually widened the measures while the government has spent a total of TL 200 billion to support the economy until now.

Paksoy further noted that there are some critical questions on transferring that reaction movement that occurred from April to May.

"In line with the strong reaction experienced in April, the BlST 100 index reached a 50-200 days average, i.e., 100,000-103,000 band, gaining strength above the 21-day average with a strong rise from the 80,000-83,000 band,” he said, noting that for the continuation of the reaction, it will be important for U.S. banks and global exchanges to remain responsive along with central banks and government incentives.

Paksoy added that as for internal dynamics, in addition to dollar/TL performances and bond rates, the country risk premium (CDS) will come to the fore.

"The future will be a very critical resistance target for the 103,000-106,000 band as long as the future profit sales are met within and above the 95,000-100,000 band," Paksoy said, stressing that profit sales are expected technically.

Stating that the concerns about the pandemic continue in stock indices, which declined sharply on the global scale due to COVID-19 in February and March, Doğan said, "Expectations that the peak will be seen in the outbreak along with the partial reopening of economies supported the markets in April."

Doğan stressed that another issue that was the central banks' and governments' incentive and support packages in the fight against the crisis which exceeded a total of $10 trillion.

"The interest rate cuts and abundant liquidity of the central banks caused low-interest rates and rising gold prices,” he said.

The Turkish central bank, which has continued to slash interest rates, has also bought a total of TL 33.5 billion of government bonds in secondary markets since the end of March, including TL 21.6 billion from the unemployment fund.

Doğan pointed out to the importance of the data that will reveal the sharp contraction in the economies in the second quarter, saying, "Expectations of the deterioration in the financials of the companies may put pressure on the stocks in the next few months.”

As for Turkey’s internal dynamics, Doğan highlighted that the statements from the CBRT on making new swap deals with other central banks will be important for the country’s assets.

"A possible agreement, especially with the Fed, after the technical regulations made can lower Turkey's risk premium,” he said.