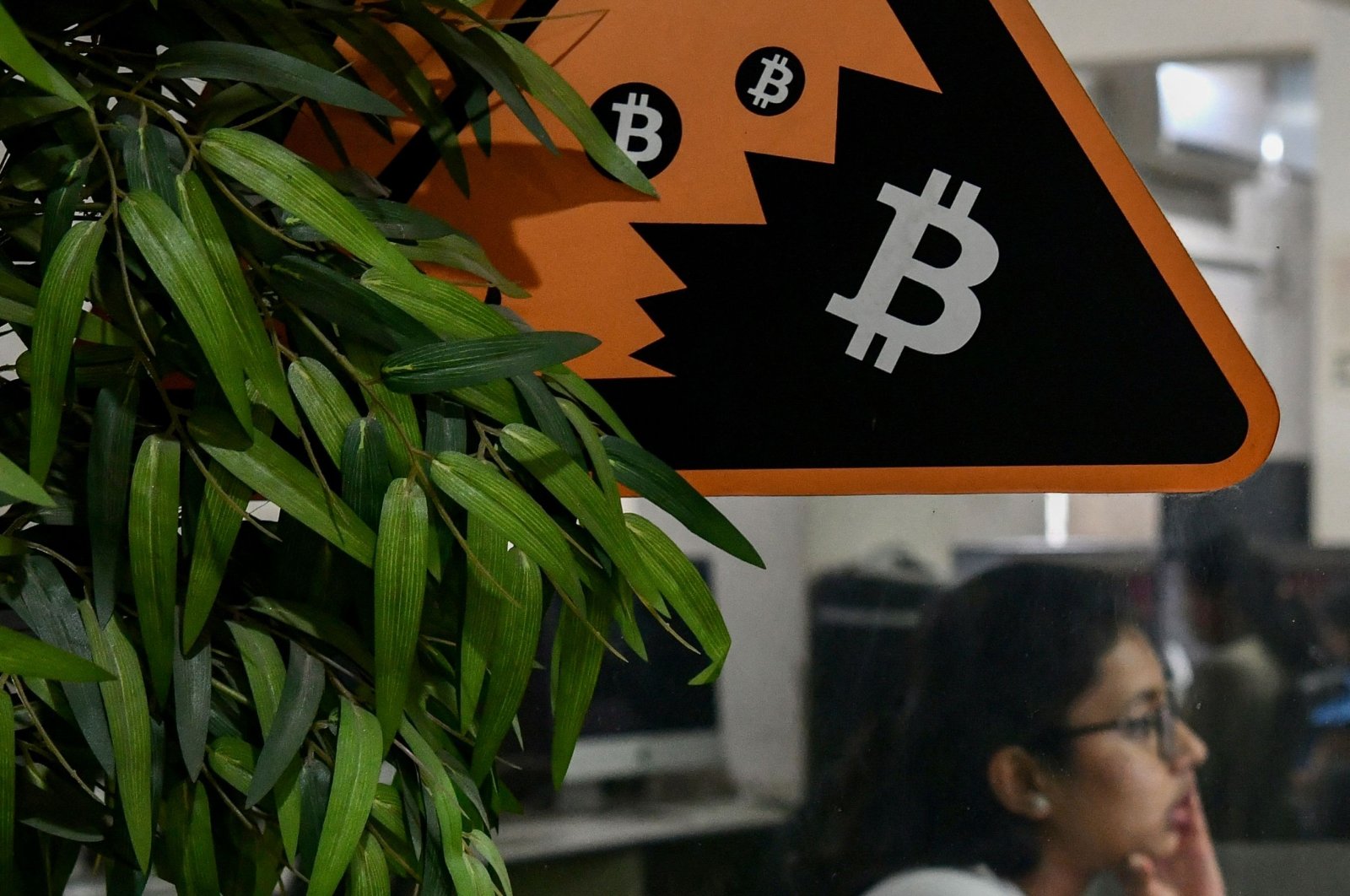 An employee works at her workstation on the backdrop of the cryptocurrency symbol of Bitcoin pasted on a glass door of a private office in Bangalore, India, Nov. 23, 2021. (AFP Photo)
by REUTERS Nov 26, 2021 2:56 pm
RECOMMENDED

Bitcoin tumbled almost 8% on Friday after the discovery of a new, potentially vaccine-resistant coronavirus variant saw investors dump riskier assets for the perceived safety of bonds, the yen and the dollar.

It was on track for its biggest one-day drop since Sept. 20 and has slumped by more than a fifth since hitting a record high of almost $70,000 earlier this month.

Scientists said the variant, detected in South Africa, Botswana and Hong Kong, has an unusual combination of mutations and may be able to evade immune responses or make it more transmissible.

"The spread of (the variant), especially to other countries, could wither investor appetite further," said Yuya Hasegawa at Tokyo-based exchange Bitbank. "BTC's upside will likely be limited and the market should brace for further loss."

Bitcoin hit an all-time high of $69,000 earlier this month as more large investors embraced cryptocurrencies, with many drawn to its purported inflation-resistant qualities. Others have piled into the digital token on the promise of quick gains.

Yet it has remained highly volatile, drawing questions over its suitability as a stable store of value.

Smaller coins, which tend to move in tandem with bitcoin, also fell.