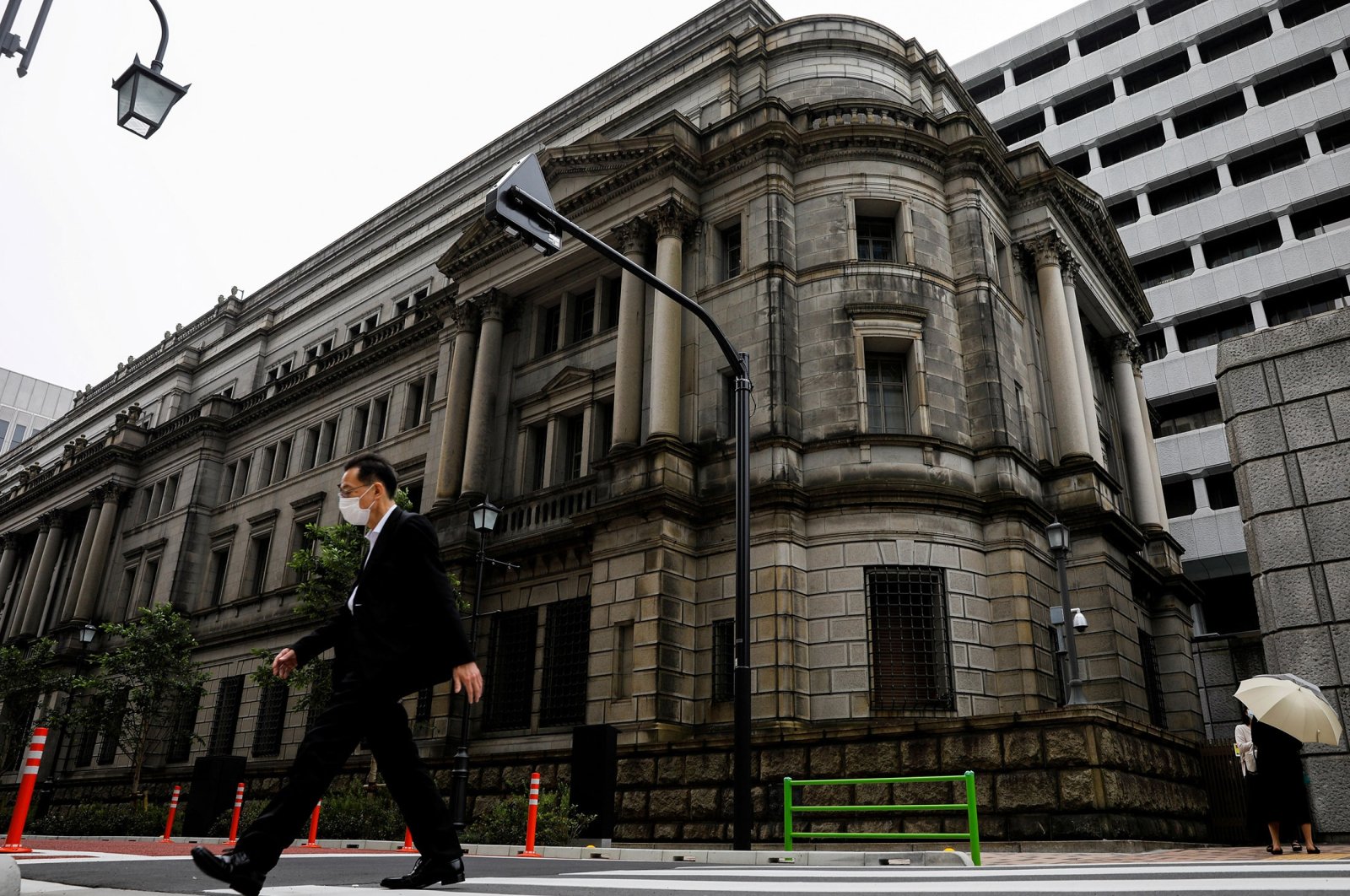 A man wearing a protective mask walks past the headquarters of the Bank of Japan amid the coronavirus outbreak in Tokyo, Japan, May 22, 2020. (Reuters Photo)
by Agencies Jul 16, 2021 10:19 am
RECOMMENDED

The Bank of Japan (BOJ) slashed this fiscal year’s growth forecast on Friday, while it also released an outline of its new scheme that looks to boost funding for activities combating climate change.

At its two-day rate review that ended on Friday, the BOJ maintained its view the economy was headed for a moderate recovery, signaling that monetary policy will be on a holding pattern for the time being.

In fresh quarterly projections released on Friday, the BOJ said it expects the economy to expand 3.8% in the current fiscal year ending in March 2022 and increase 2.7% the following year.

In prior forecasts made in April, the BOJ had expected the economy to grow 4.0% this fiscal year and 2.4% the following year.

The central bank kept its key monetary easing measures unchanged and maintained its longstanding 2% inflation target, which remains far off despite years of efforts.

As widely expected, it left unchanged its yield curve control (YCC) target at minus 0.1% for short-term interest rates and 0% for 10-year bond yields.

It raised its inflation forecast to 0.6% for the current year to March from 0.1% “mainly due to higher energy prices.”

Last month, the central bank announced its first investment fund for efforts to address climate change, as the government works toward its new target of reaching carbon neutrality by 2050.

The scheme, likely to start this year, will be a successor to an existing program aimed at promoting economic growth more generally.

On Friday, the central bank said it would provide green loans at a rate of 0%, and the scheme would last until the end of March 2031.

“Although Japan does already have specific government measures to enhance investment in green initiatives this will represent the first concrete action that the BoJ has taken to actively support steps to tackle climate change,” Naoya Oshikubo, senior economist at SuMi TRUST, said in a commentary ahead of the meeting.

The Bank of England (BoE) also said it would next year test the exposure of Britain’s commercial lenders to climate change risks, under an assessment delayed by the coronavirus.