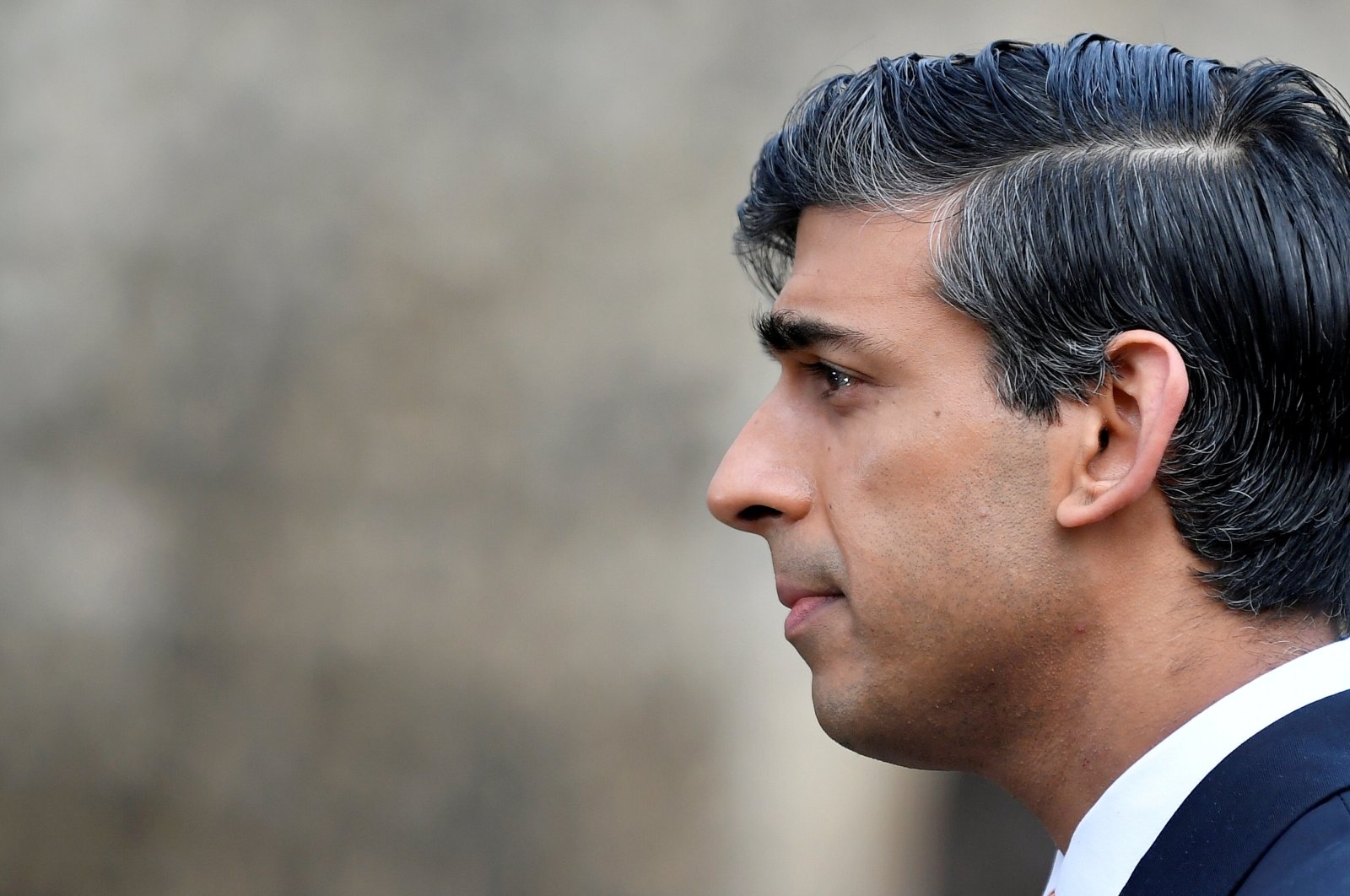 Britain's Chancellor of the Exchequer Rishi Sunak takes part in an outside broadcast interview, in London, Britain, Nov. 26, 2020. (Reuters Photo)
by REUTERS Dec 17, 2020 11:39 am
RECOMMENDED

British finance minister Rishi Sunak said he would tackle the country's coronavirus-inflated budget deficit because of the risks of a future shock to the economy and higher borrowing costs that could hammer the public finances.

"Running a structural deficit year into the future, with debt rising? That's not building up the resilience you need to deal with the future shock that will come along," Sunak told the Spectator magazine in an interview.

"We now have had two of these things in a decade: Who knows what the next shock will look like?" he said.

After a spending surge authorized by Sunak, Britain is on course to borrow 400 billion pounds ($543 billion) in the current financial year, equivalent to almost 20% of its economic output, or double the level of the global financial crisis.

Public debt has soared above 2 trillion pounds and stands at more than 100% of gross domestic product (GDP), its highest since the 1960s.

Sunak, who has previously said Britain's borrowing is unsustainable, also said there was a risk of interest rates going back to 1%, up from the current 0.3% yield on 10-year British government debt.

"There are plenty of smart investors who are also thinking about the risks of inflation over the next 12 months. Because we are now so levered, small changes have huge cash implications," he said.

"If I have to come up with 10 billion to 20 billion pounds a year in a few years' time because things have changed – well, that's a lot of money," Sunak said.