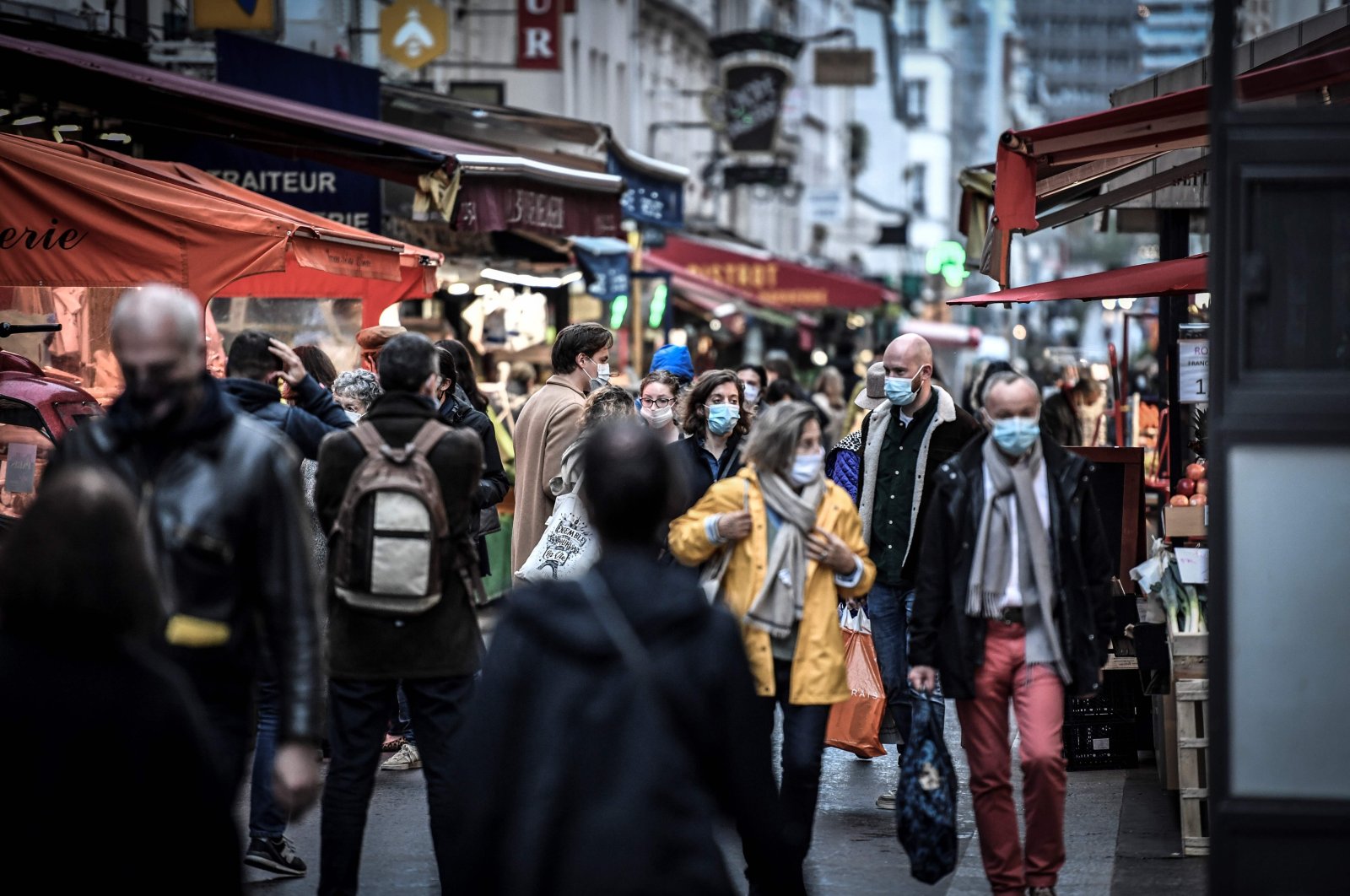 The record GDP rebounds in the U.S. and Europe have failed to dispel concern about the economy as rising coronavirus infections and a new round of lockdowns are likely to lead to a new downturn in the final months of the year

The alarming resurgence of coronavirus infections both in the United States and Europe is overshadowing economic recoveries on both sides of the Atlantic, facing the prospect of a prolonged slump and triggering a new round of lockdowns as businesses are shuttering once again.

Concerns about a worse second wave of infections have overshadowed the upturn of both the U.S. and European economies in the July-September quarter as well as worries about what is ahead.

James Knightley, the chief international economist at ING, agrees that more economic pain seems to be ahead and that a tough winter could be awaiting the world’s No.1 economy.

Even though the U.S. economy grew at a record 33.1% annual rate in the third quarter, the world’s largest economy has yet to fully rebound from its epic plunge in the spring when the virus first erupted. And now the economy is slowing just as new confirmed viral cases are surging, hiring has sagged and rescue aid from Washington has run out.

Much also depends on the upcoming presidential elections on Tuesday and whether President Donald Trump or Democratic nominee former Vice President Joe Biden wins the White House. Either way, the winner will confront a tough challenge.

“The fear is that what is happening in Europe is a prelude to what could happen in the U.S.,” Knightley told Daily Sabah.

“Incomes are being squeezed as unemployment benefits expire, and even if we don’t see containment measures in the U.S., consumers could vote with their feet and disengage from the economy for fear for their health. As such, the growth outlook for 4Q is weakening,” he said.

Another report on Friday showed consumers' incomes are recovering slowly. The pattern shows many consumers remain cautious about how they spend because of budget constraints, fear of getting sick and activity restrictions.

Though the economy recovered somewhat, the unemployment rate stands at 7.9% and businesses across the country are worried about surviving the winter, given the spike in the infections.

A rapid surge of COVID-19 cases in nearly every state in the U.S. drove the number of infections reported on Friday to an ominous new daily world record of 100,000. The country also documented its 9 millionth case to date on Friday, according to data compiled by Johns Hopkins University, representing nearly 3% of the population.

It took two weeks to reach the mark from 8 million, the fastest jump of 1 million yet. The virus has now killed over 229,000 Americans.

“Given the potential health and economic impact of a European-style spike in COVID-19 and the prospect of weaker income growth, the risks are increasingly skewed to a sub 2% GDP growth reading for 4Q 2020. If aggressive containment measures are introduced in December, it will likely be negative,” Knightley said.

“There is a long way to go until the economy has fully healed, and there could be more economic pain ahead,” he said in a note.

Goldman Sachs has slashed its growth forecast for the current fourth quarter to a 3% annual rate from 6%.

On the other hand, Knightley told Daily Sabah a double-dip in Europe looks unavoidable as the economic recovery is likely to be cut short as many countries reintroduce restrictions to stem the second wave of the pandemic.

Europe has exceeded the 10 million milestone and is said to be at the epicenter of the pandemic once again.

“With key parts of the European economy facing a long shutdown, this will inevitably have a major impact on sentiment and spending by both households and businesses,” he said.

Gross domestic product (GDP) in the eurozone grew by an unexpectedly large 12.7% in the third quarter, but the rebound is being overshadowed by worries that growing numbers of infections will cause a new downturn in the final months of the year.

The figures released by EU statistics agency Eurostat marked the largest increase since statistics started being kept in 1995. They followed an 11.8% contraction in the second quarter in the 19 EU member countries that use the euro currency.

The rebound was boosted mainly by the countries that experienced the harshest lockdowns in the second quarter – France, Spain and Italy – which registered quarterly growth of 18.2%, 16.7% and 16.1%, respectively.

Meanwhile, all three economies, as well as many other European countries, have been registering a record number of new infections, prompting new measures and lockdowns.

“The strong 3Q GDP figure will not make much of an impression as a new downturn is almost certainly upon us,” Bert Colijn, senior economist at ING, said in a note.

“A whopping 12.7% rebound in GDP in the third quarter is a bittersweet result with new lockdowns just being announced,” Colijn noted. “That makes a double-dip unavoidable.”

The European Central Bank (ECB) last week held off from strengthening its current economic stimulus but its President Christine Lagarde said that the central bank was working on a new package of possible stimulus measures to be discussed at the bank’s Dec. 10 meeting.

She said there was “little doubt” that more action would be coming at its December meeting as surging infections and new restrictions on activity threaten Europe’s economy.

The ECB is already pumping 1.35 trillion euros ($1.58 trillion) in newly printed money into the economy through regular bond purchases, a step aimed at keeping affordable credit flowing to businesses.

“Unfortunately, there is little that ECB policy can do to support growth,” Knightley said.

“What we need is a vaccine and expanded fiscal policy – the central bank cannot create demand. All it can do is ensure smooth functioning of financial and credit markets,” he added.

Lagarde herself said she expected November to be “very negative,” adding that “most likely our fourth-quarter number will be to the downside. Will it be negative? We don’t know at this point in time.”