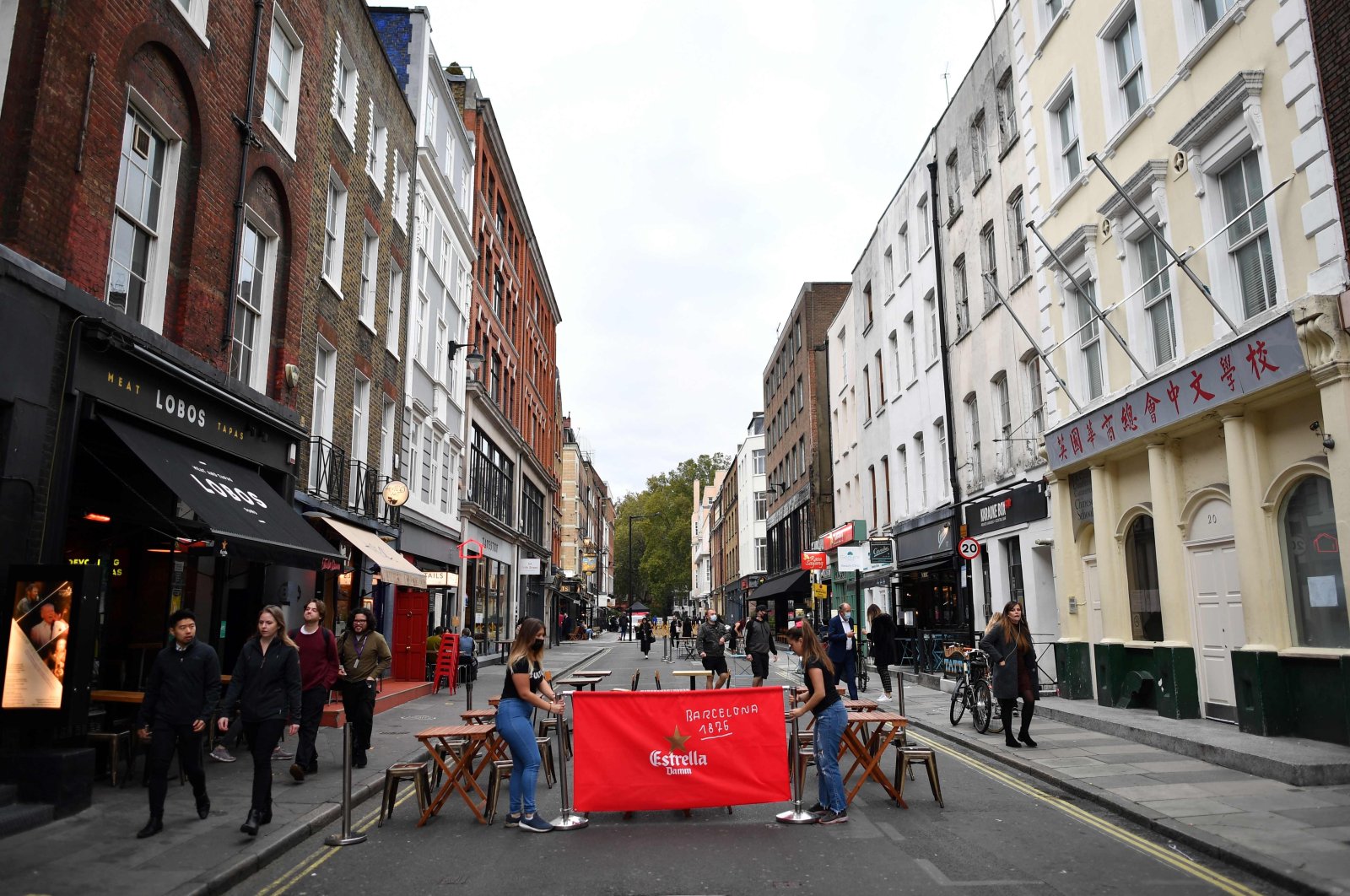 British finance minister Rishi Sunak was forced to offer more financial help on Thursday to businesses grappling with a resurgence of the COVID-19 pandemic, which looks increasingly likely to derail the economic recovery.

Sunak told parliament that the government would shoulder more of the burden for paying employees' wages for businesses that are still open but experiencing difficulties and offer more money to hospitality companies.

The move – Sunak's third major announcement in the space of a month – marks a further turnaround after he resisted calls to expand the generosity of government support schemes.

Opponents have said it was obvious that more help would be needed and that it should have come sooner.

Britain – the worst-hit European nation during the COVID-19 pandemic with more than 44,000 related deaths – is now seeing a second wave of the virus, recording 26,688 new cases and 191 deaths on Wednesday.

"I've always said that we must be ready to adapt our financial support as the situation evolves, and that is what we are doing today. These changes mean that our support will reach many more people and protect many more jobs," Sunak said.

He told lawmakers the economy was under "enormous strain" and that more jobs would still be lost.

Sunak did not give the cost of the new measures. Government borrowing in the first half of the financial year is already more than six times higher than before the COVID-19 pandemic, the data showed on Wednesday.

Some sectors are now in dire straits. An official survey published earlier on Thursday showed more than a third of hospitality companies say they are at risk of going bust.

Sunak said he would offer a new grant to hospitality businesses worth up to 2,100 pounds ($2,750) per month that can be claimed retrospectively to August.

He also tweaked the Job Support Scheme designed to dissuade businesses from making people redundant and instead keep workers on reduced hours.

Businesses will now have to pay 5% of the cost of wages for unworked hours, compared with 33% previously, and only need to employ staff for one day a week – 20% of normal hours, rather than a third before.

Following criticism that the government had done too little to help self-employed people, Sunak said he would double the next grants for the self-employed from 20% to 40% of their previous incomes.

His Labour Party opposition counterpart Anneliese Dodds said Sunak had failed to get ahead of the crisis.

"This is becoming like a long-running television show – 'The Winter Economy Plan: Series 3'. But you know the twist is, it didn't last the winter, it didn't do enough to help the economy, and it wasn't a plan," she said.

The head of the Resolution Foundation think-tank, Torsten Bell, said Sunak had done the right thing by expanding help for companies.

"Doing it earlier, given the obvious flaws, would have saved more jobs, but at least we've got to the right place 10 days ahead of the Job Support Scheme coming into effect," Bell said.