British government borrows record $162B in first 3 months of 2020 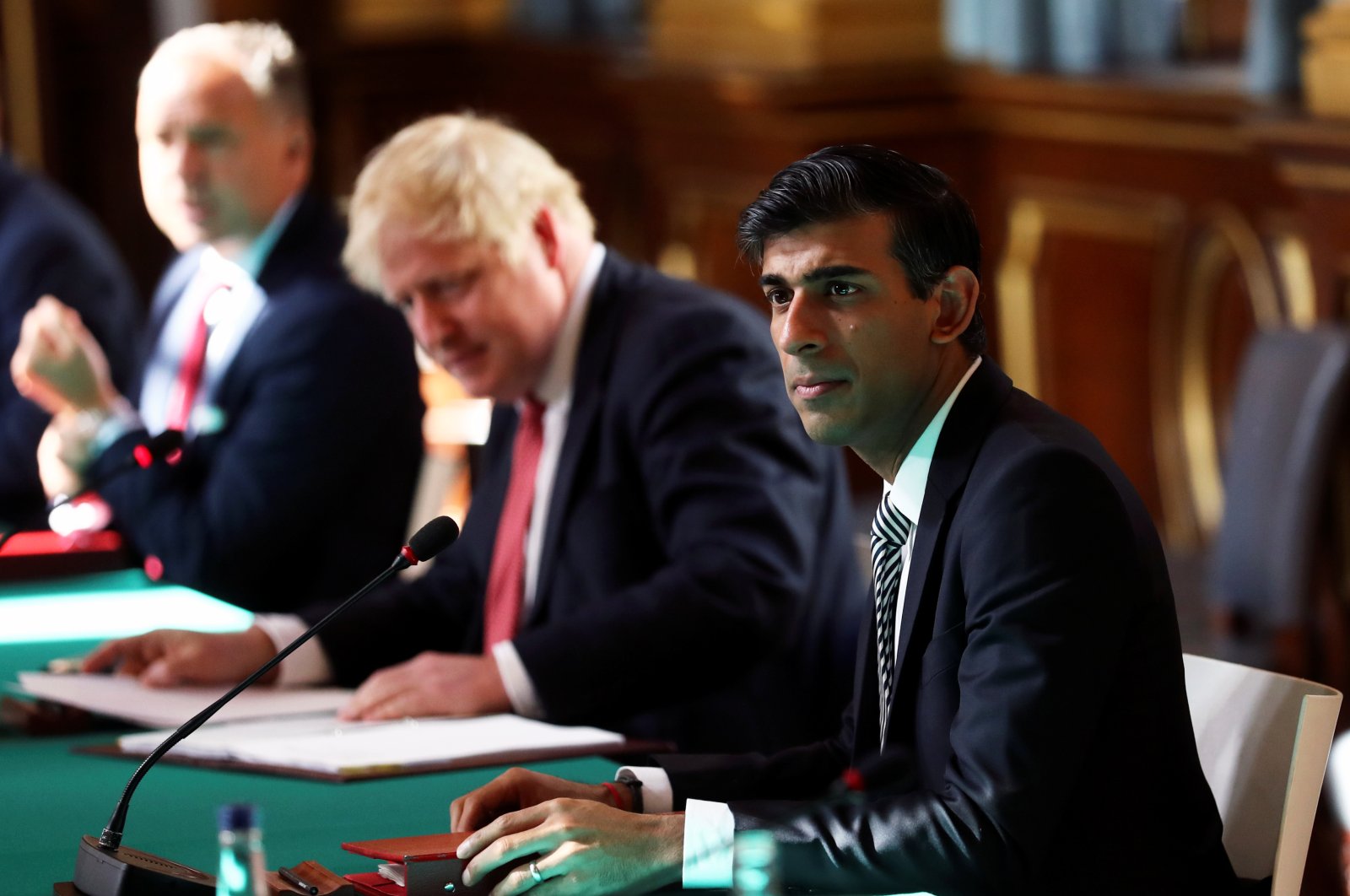 Britain's Chancellor of the Exchequer Rishi Sunak attends a face-to-face meeting of the cabinet team of ministers at the Foreign and Commonwealth Office (FCO) in London, Britain, July 21, 2020. (Reuters Photo)
by Reuters
Jul 21, 2020 3:02 pm

British government borrowing surged to a record 128 billion pounds ($162 billion) in the first three months of the 2020/21 financial year, when COVID-19 lockdown measures were tightest, more than double the entire previous year's borrowing.

Most economists think the British government borrowing this year will be its largest since World War II, relative to the size of the economy.

Borrowing in June, excluding state-owned banks, was 35.5 billion pounds, the government statistics office said. That was five times more than a year earlier though below economists' average forecast of 41.5 billion pounds in a Reuters poll, following a big downward revision for May.

April, May and June made up the three highest months of borrowing in Britain's history, even though spending on job support was lower than first estimated, and tax revenues higher, the Office for National Statistics said.

"Borrowing is still rising at an exceptional rate and we suspect that a slowdown in the recovery and further rise in unemployment later this year will prompt the government to announce additional fiscal spending at the next Budget," said Thomas Pugh, U.K. economist at Capital Economics.

Last week finance minister Rishi Sunak set out up to 30 billion pounds of new measures, partly to encourage businesses to take workers back when he ends a furlough scheme supporting more than 9 million jobs in October.

Public sector debt, excluding state-owned banks, stayed a fraction below the milestone of 100% of gross domestic product (GDP) it appeared to pass in May, after an upward revision to GDP, and now stands at 1.984 trillion pounds or 99.6% of GDP.

This is still the highest debt burden since the 1960s, the statistics office said.

"Over the medium-term, we must, and we will, put our public finances back on a sustainable footing," Sunak said on Tuesday.

Bond markets have been happy to finance this borrowing, however. Last week Britain sold a three-year bond with a record-low negative yield – meaning investors will receive back less than they lent – and longer-term borrowing costs are also near a record low.

Britain's government has announced extra spending and tax cuts worth around 192 billion pounds for this financial year, and last week its Office for Budget Responsibility estimated borrowing would hit 322 billion pounds or just over 16% of GDP.