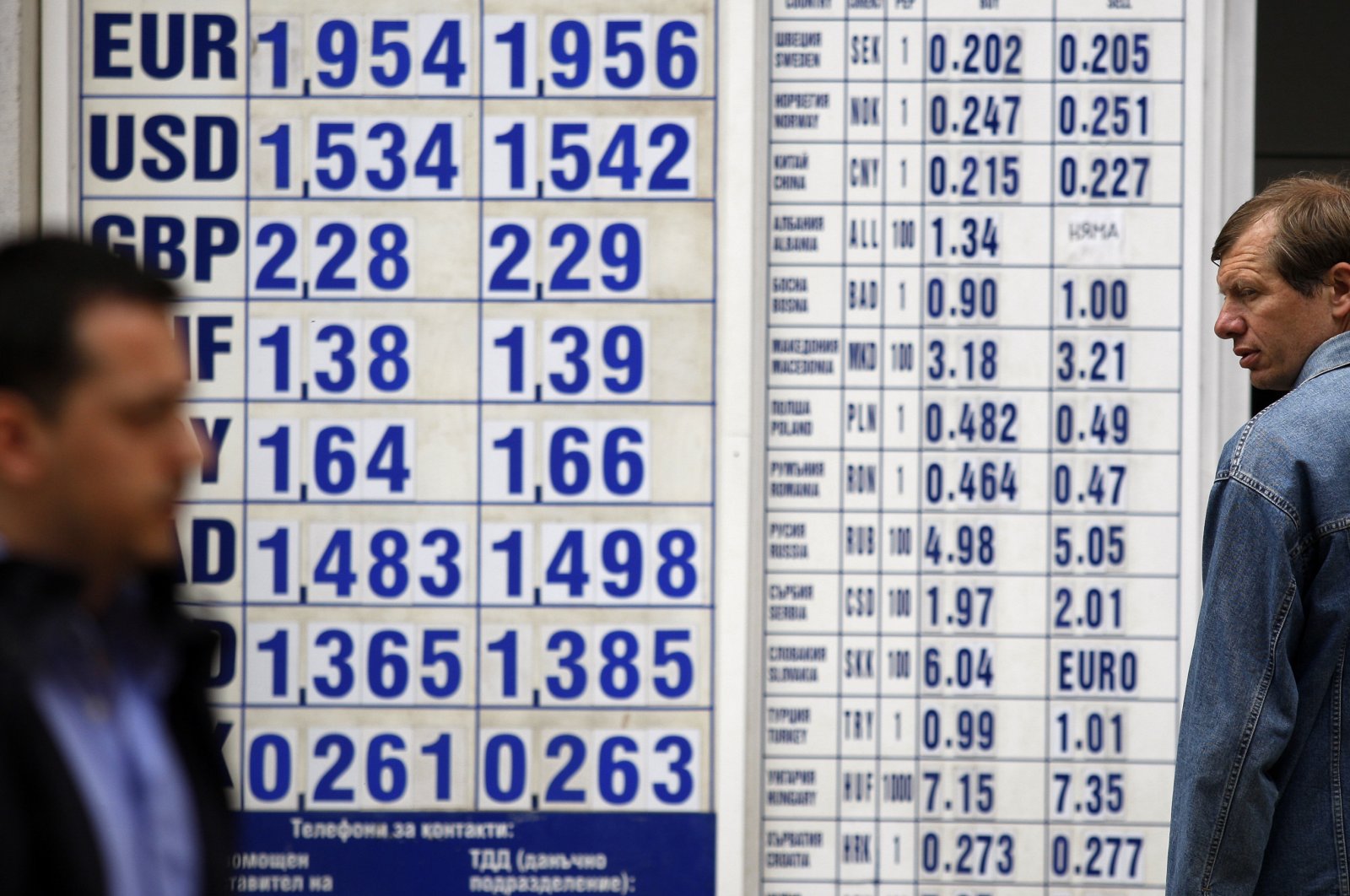 Bulgaria could join the eurozone in 2024, but the European Union's poorest nation is divided over the prospect of ditching its national currency and joining the single European currency club.

Krasimir Atanasov, a 37-year-old tennis instructor waiting in line at a currency exchange office in the Bulgarian capital Sofia, is keen on the change.

Like millions of his compatriots, he has emigrated abroad – in his case to Finland – and wants Bulgaria to "be like other European countries" and use the euro.

However, 58-year-old Valeria Petrova, who describes herself as a "nationalist," says she wants to "keep the lev," Bulgaria's national currency.

She worries the country could one day find itself in the shoes of Greece, which had to implement painful structural reforms in return for aid during a debt crisis that threatened its eurozone membership.

Another man next to her in line says he fears the euro would mean higher prices – a worry many Europeans had when 12 countries began to use the currency on Jan. 1, 2002.

Even one of the country's associations of tour operators, the ABTTA, says that while the single currency would ease doing business for the sector, it worries about a possible "reduction in purchasing power" by Bulgarians.

Last year the country joined the European banking union and an exchange rate mechanism in which a candidate country has to spend a minimum of two years before being admitted to the eurozone.

The planned exchange rate for accession is 1.95583 lev to the euro – the same value the currency has had since the eurozone was set up in 1999.

The new government sworn in earlier this month after a year of political gridlock has promised to take "all the steps necessary to join the eurozone."

Finance Minister Assen Vassilev has called for "broad public debate" in order to convince the skeptics.

Asked whether the target date of 2024 for entry was realistic, Vassilev told Agence France-Presse (AFP) in a November interview: "It's going to take some work, but I think it's doable."

With the exception of the Socialist party, "there is a relative consensus" across the political spectrum in support of eurozone entry, said economist Ruslan Stefanov from the Center for the Study of Democracy (CSD).

But many Bulgarians are fearful of price rises as they still remember the 1996-97 economic crisis when 14 banks went bust and inflation surged to over 300%.

Under pressure from the International Monetary Fund (IMF), Bulgaria instituted an independent currency board that fixed the exchange rate for the lev to the euro.

Currency boards are the most rigorous option as they issue local currency when there is foreign currency to back it up, thus constraining a government's ability to print money and borrow excessively.

Seen by some as a straightjacket for government policy, the currency board drove down inflation and has helped successive Bulgarian governments keep finances in check.

The country has one of the lowest public debt burdens in the EU at roughly 24% of its gross domestic product (GDP).

When Bulgaria joins the euro, some of those guardrails offered by the currency board will disappear, and the country will likely be able to borrow at cheaper rates, which worries some policymakers.

Vassilev says he is in favor of putting another mechanism in place to avoid "the country falling into a debt spiral."

As well as the possible pitfalls at home, Vassilev is aware that there may be a "lack of political will" from other member states with regard to Bulgaria's entry.

Despite being the poorest EU member, the nation of just under 7 million people fulfills the macroeconomic conditions for entry to the euro.

It is the high level of corruption in Bulgaria that worries its EU partners.

A European source pointed to "questions out there on Bulgaria and the systems that they have in place" to fight ills such as money laundering and corruption.

Putting an end to exactly those sorts of practices is at the heart of the program of the new government, but it has some way to go before convincing the EU it is ready.

Brussels has to be sure that Bulgaria's accession is "not going to backfire somehow," the source said.

Some Bulgarians worry that their wait to enter the single currency may end up on hold for as long as their candidacy for the Schengen zone.

It is still not a member of the border-free area despite having fulfilled the technical requirements to join 10 years ago.