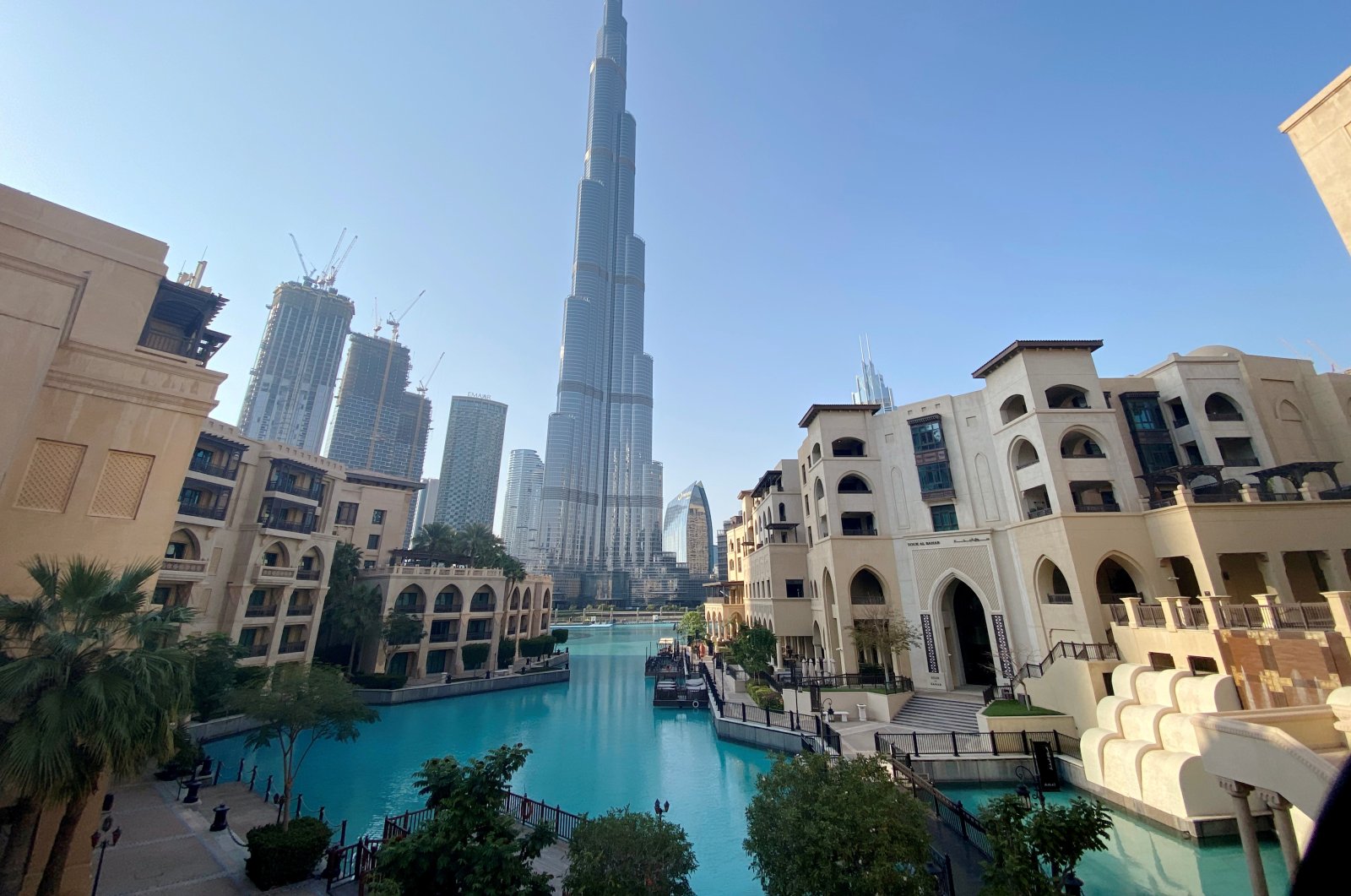 A general view shows the area outside the Burj Khalifa, the world's tallest building, mostly deserted, after a curfew was imposed to prevent the spread of the coronavirus in Dubai, United Arab Emirates (UAE), March 25, 2020. (Reuters Photo)
by REUTERS
Oct 07, 2020 4:19 pm

Just over six years ago, Dubai-listed Arabtec Holding had investors eating out of its hands.

Those plans never materialized. After capital injections between 2013 and 2017, management changes, layoffs and rounds of restructurings, Arabtec’s shareholders, which include Abu Dhabi state fund Mubadala, decided last week that the Gulf’s largest listed contractor should file for insolvency.

Arabtec had around $2.75 billion in total liabilities at the end of June, including almost $500 million in bank borrowing.

The liquidation, likely to lead to further layoffs in a company which had a 40,000 strong workforce at the end of last year, marks the end of an era of plentiful construction for local contractors.

“A great company that is 45 years old disappeared off the face of the earth. I find it extremely sad that an iconic company like that disappeared,” Ziad Makhzoumi, chief financial officer of Arabtec from September 2008 to March 2013, told Reuters.

The coronavirus, low oil prices and production cuts have battered the Gulf economies this year, but the collapse of construction giants like Arabtec and engineering group Drake & Scull International in the United Arab Emirates (UAE) has deeper roots.

Industry sources, analysts and bankers point to an unsustainable business model used by some contracting firms in the region.

They undercut competitors on pricing and sometimes cost a project at a discount to win a tender in the hopes of making a profit through additional work when it starts running.

It’s a model that works on the premise that supply from mostly state-backed clients will continue indefinitely, but that breaks down quickly when the money stops flowing.

“You have a client who can fill you with work, make you become ‘galactic’ and then in one minute for technical or even political reasons, if the state decides to, or is forced to, for economic reasons, to suspend or delay projects, there’s no longer support. The whole house collapses, without foundations,” said an industry source, who didn’t wish to be named.

In neighboring Saudi Arabia, the Binladin group also struggled in recent years to collect payments from the government for projects, particularly during the last oil price crash in 2015. The country’s biggest construction firm is now restructuring tens of billions of dollars of debt after the state took a 35% stake from Bin Laden family members that were swept up in an anti-graft campaign launched by Riyadh in late 2017.

There was no immediate reply from Binladin to a request for comment.

When the business model falters, the consequences are far-reaching. Despite banks taking a more conservative approach to lending to contracting firms recently, their exposure to the sector remains problematic, analysts say.

“Contractors and companies in their supply chain are one of the main contributors to non-performing loans formation – since the 2015 drop in oil price and not just now – and we expect this trend to continue,” said Mohamed Damak, senior director and global head of Islamic finance at S&P Global Ratings.

‘Not a difficult business’

“Contracting is not a difficult business, if you design, execute and manage on time, then you’re in good shape,” Makhzoumi said. “If the customer doesn’t pay on time ... then you have a problem.”

Arabtec’s decision to dissolve came after a first-half loss of $216.18 million and total accumulated losses of nearly $400 million. The company said the pandemic hit projects and led to additional costs.

“Despite efforts to pursue legal and commercial entitlements and a restructuring of the company’s finances and operations, the situation in which Arabtec finds itself today is untenable,” said Arabtec’s Chairman Waleed Al Mokarrab Al Muhairi, who is also deputy group chief executive at Mubadala.

But cash flow issues were often overcome by running several projects at a time, assuming supply would continue indefinitely.

For Sachin Kerur, Middle East office managing partner at law firm Reed Smith, part of the problem is in the way contracts are awarded.

“The key is to provide contractors a proper and profitable playing field. Developers and procurers must learn to avoid awarding projects simply on a lowest price model. They must understand the life cycle costs and award projects to contractors on that basis.”

The collapse of Arabtec, which was hired to work on Dubai’s Expo 2020 site, is poised to add further strain to the real estate sector and to local banks.

Even before Arabtec had imploded, S&P Global Ratings had already downgraded two of the emirate’s biggest property firms to "junk" status amid expectations that coronavirus containment measures would shrink Dubai’s economy 11% this year.

Banks this year have been reluctant to give fresh credit to contractors amid the downturn, but Arabtec’s liquidation could mean more losses ahead, said a Dubai-based banker.

Dubai's Mashreqbank is the most exposed lender, with a 353 million dirhams ($96.11 million) loan, Arqaam Capital said, estimating other banks could recover only 37% of their loan book. Mashreqbank declined to comment.

Large developers in the UAE will also be impacted, Arqaam said in a research note.

“Developer’s margins will likely be squeezed in new projects as we expect repricing of construction contracts in favor of contractors, as the existing business model of local contractors ... has proven unviable/insolvent,” it said.